Two new OnePlus 5 leaks have just surfaced, and both are battery-related. Unfortunately, though, these two leaks are giving out completely different info, so you’ll have to choose which one to believe. The first leak comes from True-Tech.net, and it’s reporting that the OnePlus 5 will sport a 4,000mAh battery on the inside, and along with that, the source also shares the device’s spec sheet. The other leak comes from Slashleaks, and it says that the OnePlus 5 will ship with a 3,300mAh battery on the inside.

It’s up to you to choose which piece of info to believe in, both scenarios are possible, of course. In any case, the leaked spec sheet claims that the phone will be fueled by the Snapdragon 835 64-bit octa-core SoC clocked at 2.3GHz, which is something OnePlus already confirmed. The OnePlus 5 will ship in both 6GB and 8GB RAM models, with 64GB and 128GB of storage, respectively. Now, this leak also reaffirms the device’s price point in India, it says that the 6GB RAM model will cost Rs. 32,999 ($513), and that the phone’s 8GB RAM model will set you back Rs. 37,999 ($590), which is a price point that had leaked two times already (before this), and it seems to be accurate. True-Tech.net also says that the OnePlus 5 will ship in Slate Gray, Soft Gold and Deep Black color variant, while the latter color will be reserved for the 8GB RAM + 128GB storage model.

Having said that, the OnePlus 5 will be announced on June 20, which is something OnePlus already confirmed. The device will be made out of metal, and it will sport a dual camera setup on the back. The OnePlus 5 will resemble the OPPO R11 quite a bit, and the device will ship with Android 7.1.1 Nougat out of the box, with the company’s OxygenOS installed on top of it. The OnePlus 5 will sport a 5.5-inch fullHD (1920 x 1080) AMOLED display, and the alert slider will make a comeback, it will be placed in the upper portion of the phone’s left side. This handset will also come with a fingerprint scanner, and that fingerprint scanner will be placed below the phone’s display. 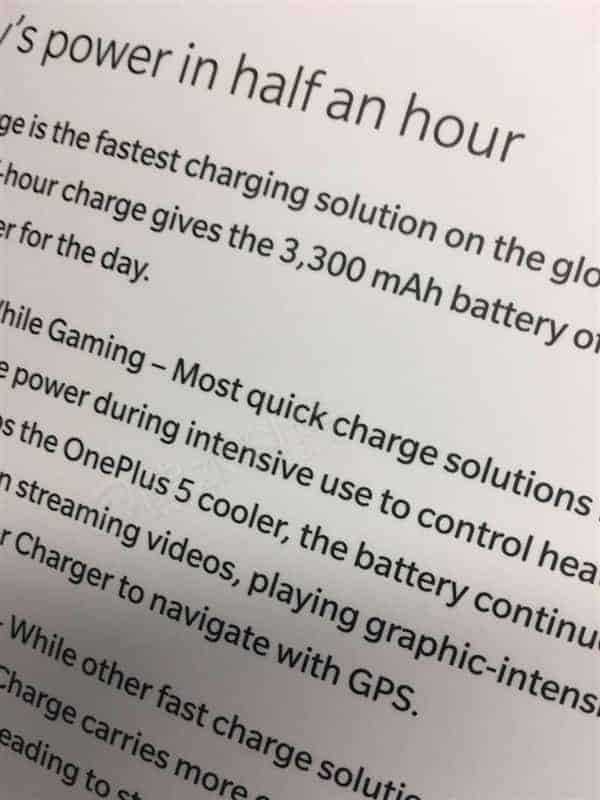