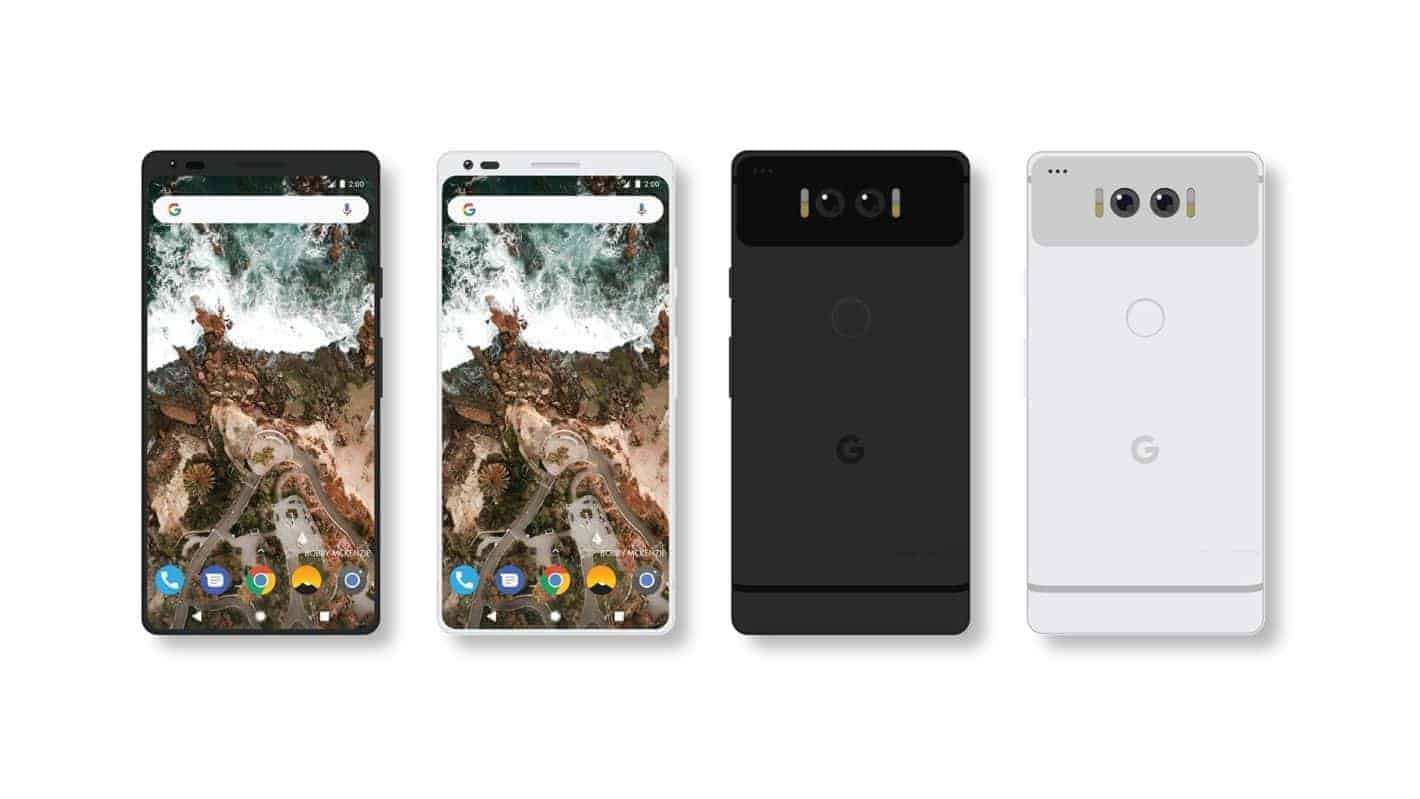 A set of new Google Pixel 2 concept renders emerged online on Saturday, with one Reddit user posting several mockups of the upcoming Android flagship that they said were inspired by both the LG G6 and Essential PH-1. The former influence is particularly relevant in light of the fact that some recent reports indicated at least one second-generation Pixel device will be manufactured by LG Electronics. With the South Korean original equipment manufacturer (OEM) allegedly working on the Google Pixel XL 2 codenamed “Taimen,” the author of the renders that can be seen above took a number of design cues from the company’s latest flagship, including the Full Vision display panel with an unconventional 18:9 aspect ratio and rounded screen corners, as well as a nearly bezel-less front.

The top and bottom bezel of the concept handset aren’t identical, but unlike the LG G6, the bottom one is significantly thinner instead of the other way around, with the device itself lacking a physical Home button and instead featuring on-screen keys, much like the original Google Pixel and Pixel XL. The back panel of the smartphone houses a dual camera setup comprising two horizontally arranged lenses flanked by a couple of dual LED, dual tone flash units. The handset also sports a conventional rear-mounted fingerprint scanner above Google’s regular “G” logo. Save for the camera placement and a number of minor details, the end result is relatively similar to a supposedly real render of the actual Google Pixel 2 that leaked online earlier this month.

While it’s extremely unlikely that the Mountain View-based tech giant is planning to release a pair of Android devices inspired by Andy Rubin’s Essential PH-1, the upcoming Pixel-branded smartphones may feature a similar aesthetic to that of the LG G6. Apart from the aforementioned rumor that the Seoul-based phone maker is manufacturing one or more next-generation Pixel devices, another indication of a G6-inspired Pixel 2 came in the form of a GFXBench listing ten days ago, with the benchmarking tool describing a “Google Pixel XL2” as a handset featuring a 1.95:1 aspect ratio that’s similar to that of LG’s latest high-end smartphone. More details on Google’s 2017 flagships are expected to follow in the coming months.