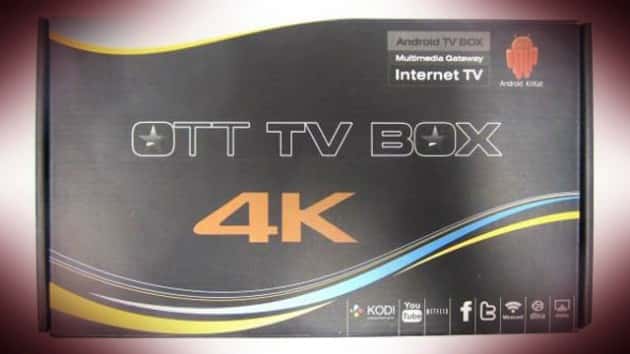 One Android-powered Internet Protocol Television (IPTV) box running Kodi has been recalled across the European Union for posing a "serious risk" of electric shock, as evidenced by the European Commission's consumer safety pages that have recently been updated to warn users and retailers about the device. The alert notice that can be seen beneath this writing reveals that the product going by the name of OTT TV Box 4K fails to comply with the Low Voltage Directive, as well as applicable parts of the European standard EN 60065. In layman's terms, the box isn't adequately insulated, with users being able to touch live parts of its power supply, in addition to its clearance and creepage distances being too short. Due to that state of affairs, the European Commission ordered a complete recall of all units and urged people who purchased the product to return it to their retailers as quickly as possible.

The decision affects a number of importers on the Old Continent seeing how the OTT TV Box 4K has been sold in a broad range of countries across Europe. The device itself was manufactured in China and isn't branded, while its potentially hazardous AC adapter is labeled with the model number ANU-050250A. The original complaint about the product was filed with the European Commission by consumer protection authorities in Finland and has soon been approved, resulting in a continent-wide recall of the device. As the OTT TV Box 4K is sold in numerous other markets outside of Europe, it remains to be seen whether competent authorities will use this decision as a precedent to completely pull the product from the global market.

The actual software contents of the box are currently unclear, with many Kodi-infused devices being sold pre-loaded with links and add-ons that allow free streaming of copyrighted content and have put the open source media player on the map of numerous copyright protection agencies around the world, leading to numerous legal battles. Authorities in the UK are reportedly particularly eager to start cracking down on illegal streaming activities of consumers and are planning to use a recent ruling from the European Court of Justice (ECJ) as a legal basis for prosecuting people who buy "fully-loaded" Kodi boxes. 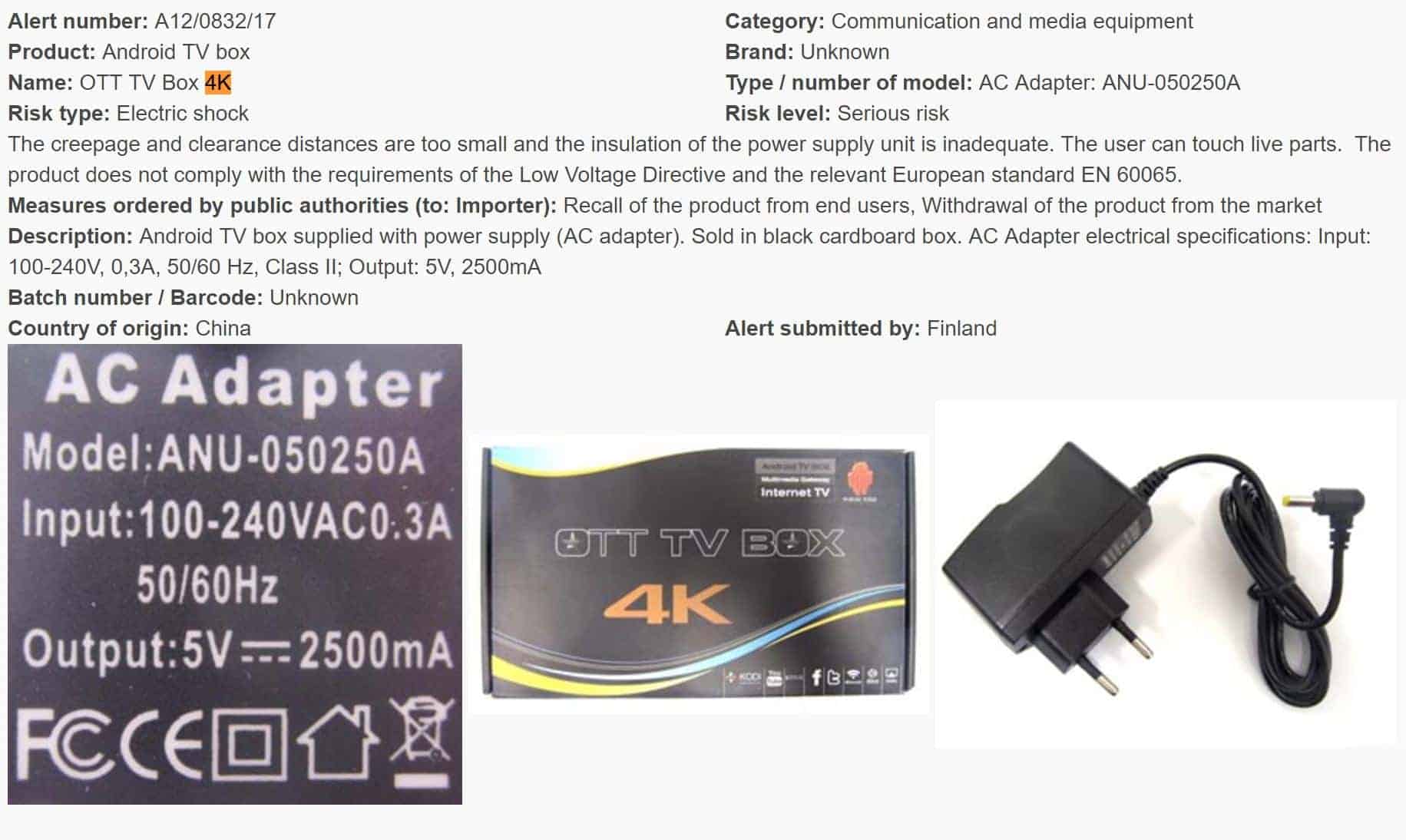