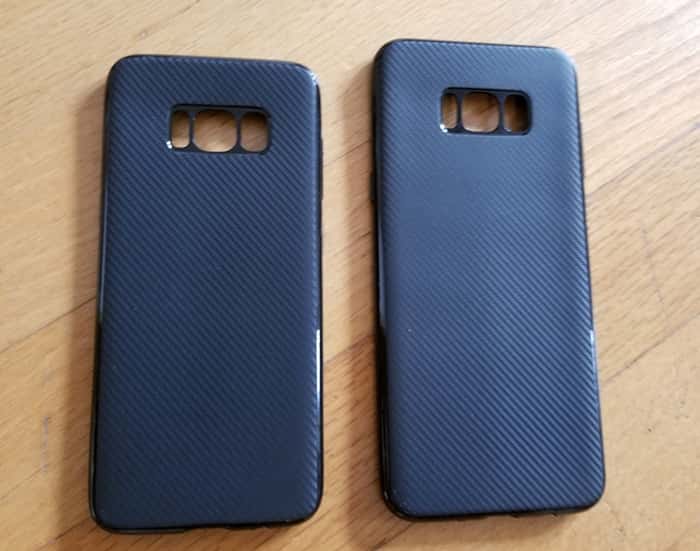 A new Kickstarter project aims to "kill" the Bixby button on the Samsung Galaxy S8 and Galaxy S8 Plus by launching a protective case designed to hide the physical key entirely. The project has a goal of $16,000 and promises to have the so-called 'Bixby-Free Phone Case' ready for shipping this September, assuming that its funding goal will be met in the next 18 days.

The Samsung Galaxy S8 series is highly regarded and considered to boast one of the most striking smartphone designs seen in the past several years. The Infinity Display is a game changer in the eyes of many industry watchers and enthusiasts alike; however, the Samsung Galaxy S8 and Galaxy S8 Plus are not without their faults, with one of the biggest complaints surrounding the new flagships being the inclusion of a dedicated physical Bixby button on the left edge of the device, designed to activate Samsung's virtual assistant Bixby. Initially, developers have been able to remap the Bixby button in order for it to operate as a customizable function key, however, Samsung was rather quick to launch a software update crippling this functionality and leaving Galaxy S8 and Galaxy S8 Plus owners without the option of remapping the key in a simple manner. The recently launched Kickstarter project now aims to do away with the Bixby button for good by hiding it entirely under the skin of a protective case.

It's a rather extreme solution to a problem Samsung isn't adamant to address but it might be just the solution needed by some users who simply want to forget that the Bixby key even exists on their devices. As of this writing, 17 backers who have pledged a total of $421 appear to share a dislike for the Bixby key and are willing to hide the button under a protective case. Kickstarter backers who may want to pledge $3 or more will receive an "I Hate Bixby" sticker, and pledges worth $20 or more will also be rewarded with the case itself. Refer to the Kickstarter page linked below to find out more details about this unconventional crowdfunding project that currently isn't close to hitting its goal.