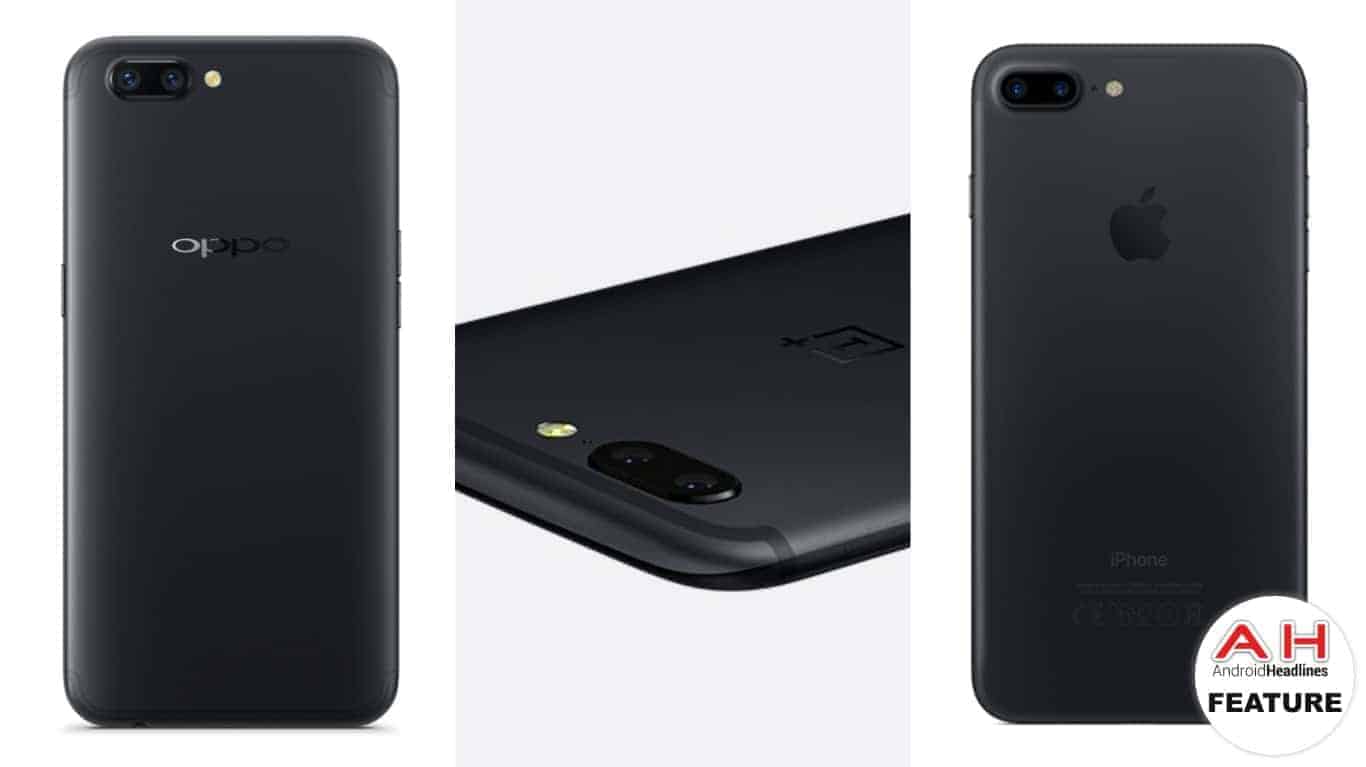 The OnePlus 5 is definitely one of the most anticipated smartphones of 2017, and we already know that the phone will launch on June 20th. OnePlus already confirmed that, and pre-registrations for its sale are already opened in China as well, though through a China-based reseller, JD.com. Having said that, OnePlus already shared quite a bit of detail regarding the OnePlus 5, including the design of its back side. The company shared that image quite recently, and initial reactions are not positive at all, despite the fact that OnePlus’ product manager explained the company’s decision. Why were the reactions negative, though, does the back side of the OnePlus 5 looks that bad? No, not really, it just looks way too similar to the iPhone 7 Plus, and the OPPO R11 (Plus) it seems, read on.

Do keep in mind that the OnePlus 5 is not official yet, and this article is based on the image of the phone that OnePlus shared, its render. So, all three of the aforementioned devices sport a dual camera setup on the back, and and the positioning of those cameras is also identical on all three devices, more or less, not to mention that all of those cameras protrude from the back a bit. In addition to that, all three devices are made out of metal, and they generally look very, very similar, which is easily noticeable in the provided image which is included above this article (all three of those renders are official, the OPPO R11, the OnePlus 5 and the iPhone 7 Plus, respectively). As if that was not enough, the general shape of the back is pretty much the same, and the logo sits in the middle of the back on all three devices. All of this probably makes you wonder why is that, why are these three phones that similar. Well, there is a semi-logical explanation for the case of the OnePlus 5 and the OPPO R11, and as far as the iPhone 7 Plus goes, well, it arrived first, so it’s possible that OPPO and OnePlus got inspired by its design. In any case, let’s talk more about OPPO and OnePlus, shall we. 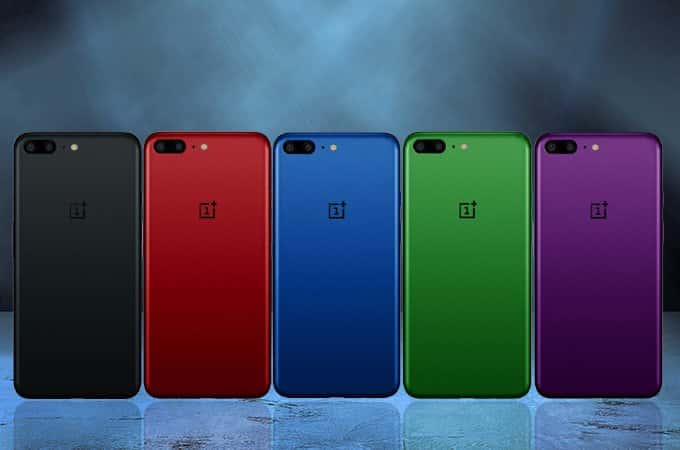 Some of you have probably heard of a company called ‘BBK Electronics’. Well, this China-based company actually owns both OPPO and OnePlus, and in addition to that, they own Vivo as well. The similarity between the OPPO R11 and the OnePlus 5 probably seems less surprising to you now, that doesn’t mean that OnePlus did the right thing by adopting this design, though. There are some subtle differences when it comes to the design of these two phones, though, the OPPO R11 does not have a noise-canceling microphone between the dual camera setup and an LED flash, while the OnePlus 5 does have it. The OnePlus 5 will also sport an alert slider on the left side, and that is not the case with the OPPO R11. So, as you can see, these two devices are not exactly identical in terms of the design, but they’re not far from it, at least based on the info we have at the moment. The OPPO R11 actually managed to fit inside the leaked OnePlus 5 Kevlar case quite comfortably, which actually says a lot about how similar these two devices are.

Let’s talk a bit about the front side of these two phones, shall we. The OPPO R11 was announced quite recently, and it sports a concave front-facing home button which doubles as a fingerprint scanner, while two capacitive buttons flank it. That is the very same setup that we expect to see on the OnePlus 5, even though the company did not share an official image of the whole device just yet. Chances are that the OnePlus 5 will look extremely similar to the OPPO R11 from the front as well, its display won’t be curved, but it will sport a slightly curved glass panel on top of the display, similar (maybe even identical) to the one you can find on the OPPO R11. The OPPO R11 comes with really thin bezels on the sides, while it has quite a bit of bezel above and below the display, which will, almost certainly, be the case with the OnePlus 5 as well. 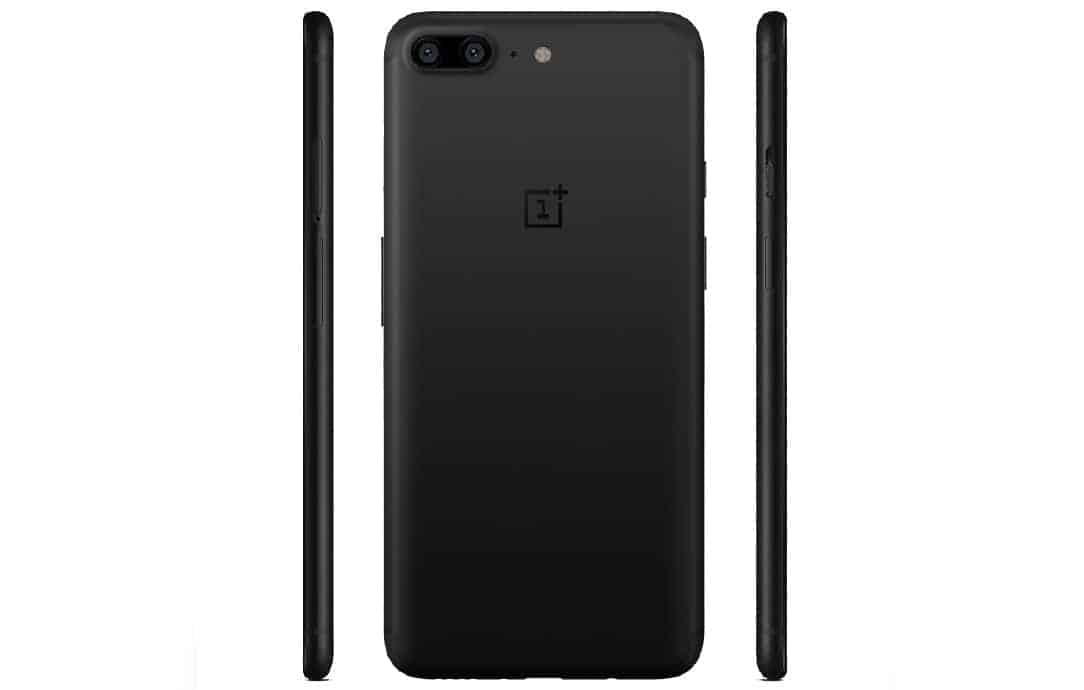 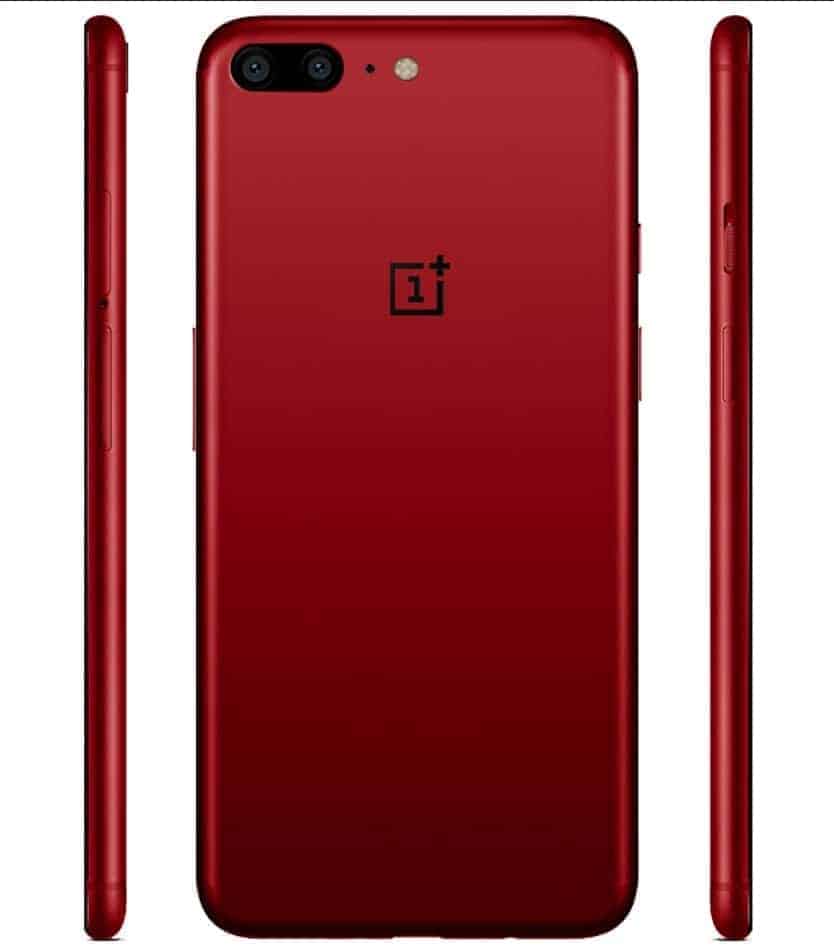 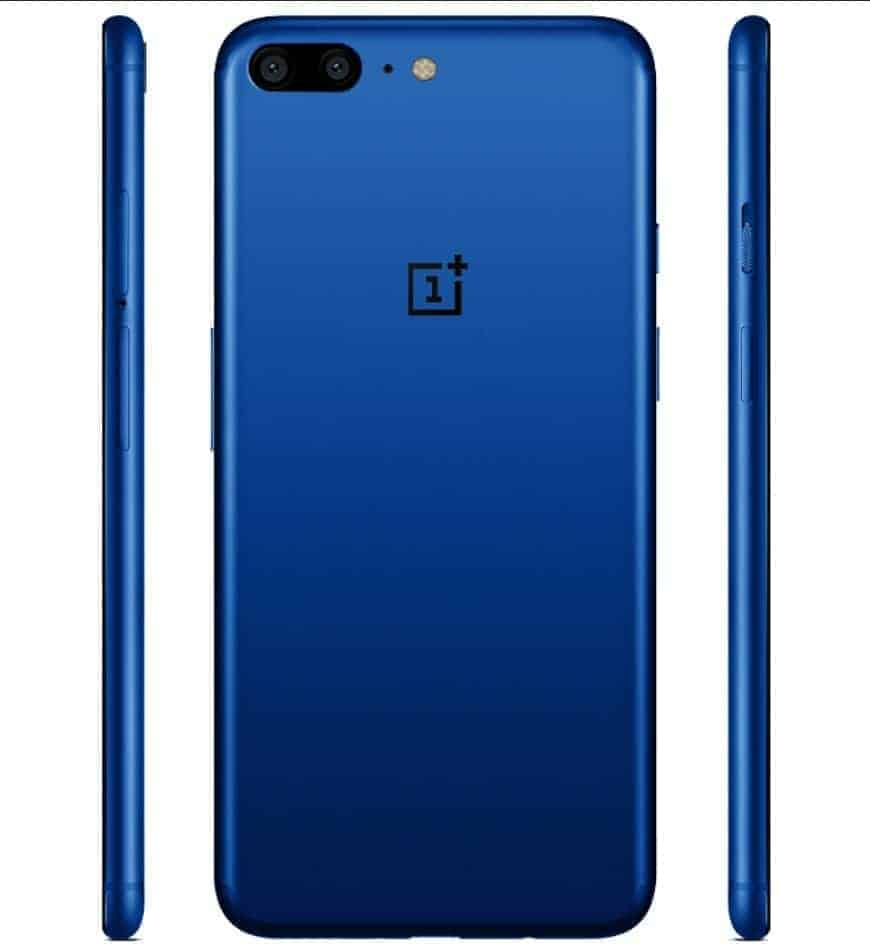 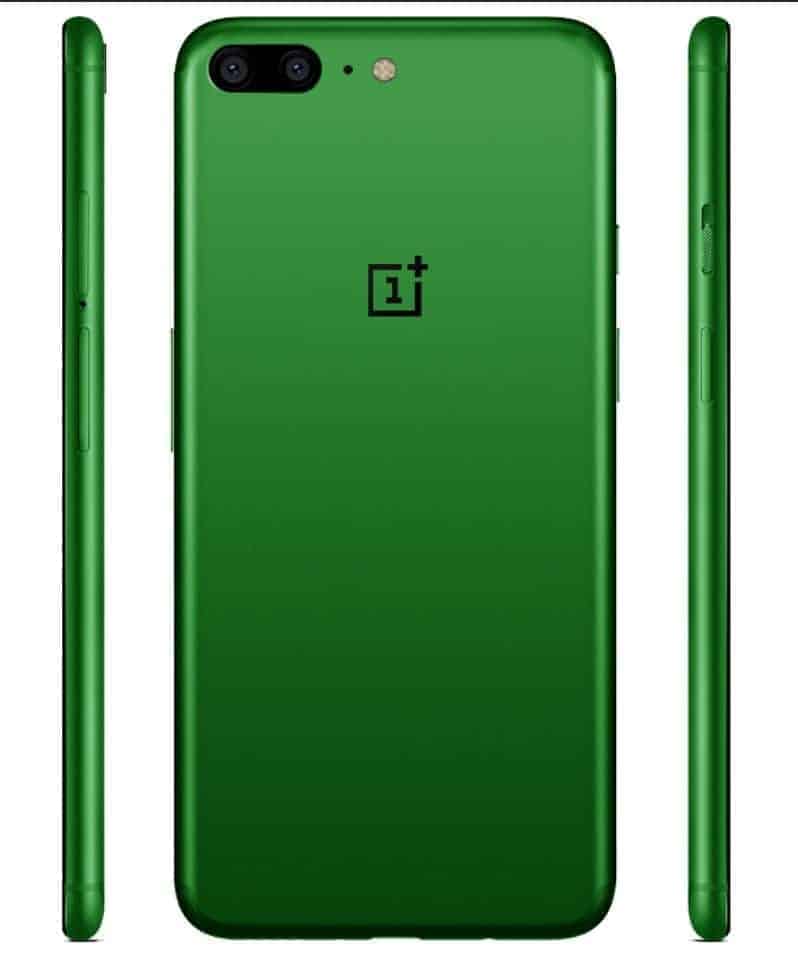 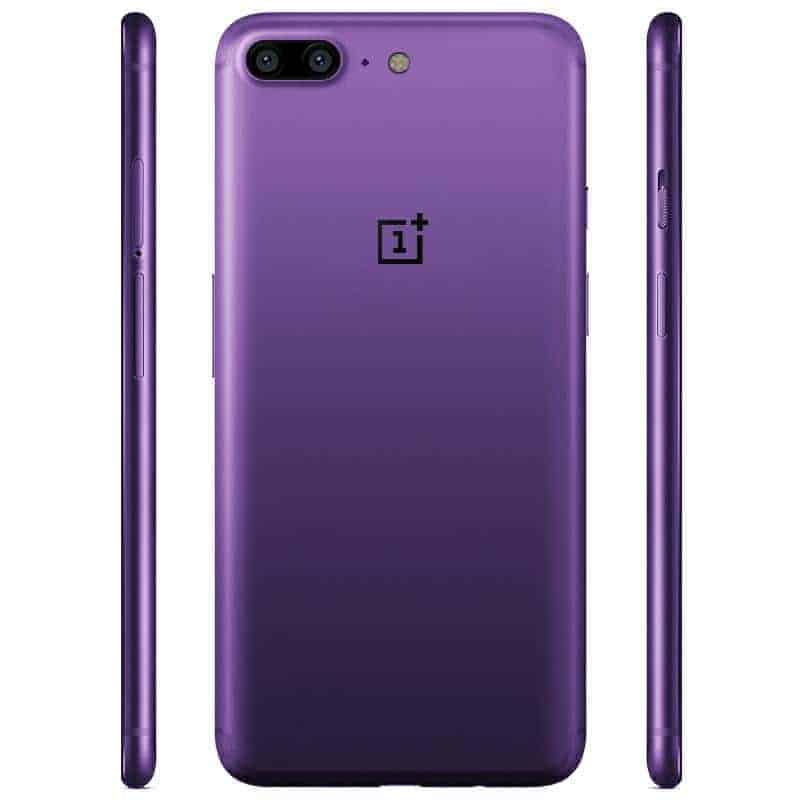 So, why did OnePlus opt to use recycle OPPO R11’s design? Well, the company’s product manager addressed such criticism recently, he basically said that people didn’t exactly like the OnePlus 3 based on its initial renders either, but many of them changed their minds once they managed to see the device in person and use it. He also said that a render of the device cannot really give out the whole picture, not even close, which is why he asked the public to wait for the phone to arrive, use it, and then make the final call. OnePlus’ product manager did not, however, draw any comparison to the OPPO R11 or the iPhone 7 Plus, which was to be expected. He did, however, defend the camera bump on the back by saying that smartphone development is an ‘art’ that requires making compromises. That part is easily believable, though, as the company probably wanted to keep the slim profile of the OnePlus 5, and include a truly capable camera sensor on the back. Speaking of the camera(s), it’s worth noting that OnePlus is getting some help from DxO, the two companies have been working hard on the OnePlus 5’s camera for a while now, and expectations are certainly high. Now, there’s another reason why OnePlus opted to go down this route, though this is pure speculation. It is far easier to slightly tweak already existing design, than to create a whole new phone, so that might have something to do with that, though as already mentioned, this is pure speculation. 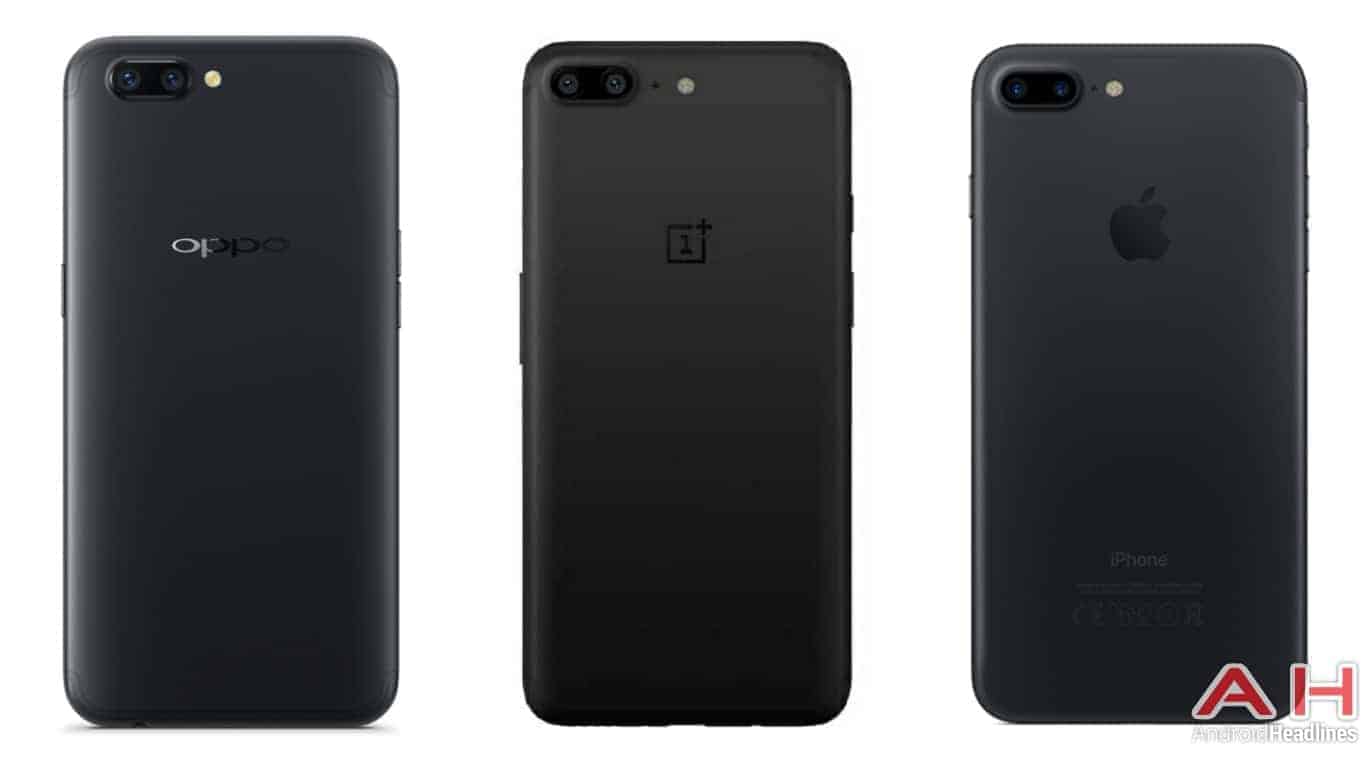 That’s not all, though, the two phones will differ in terms of software as well, and the same can be said for their fast charging solutions. The OPPO R11 ships with Android 7.1.1 Nougat with the company’s ColorOS 3.1 skin which is installed on top of it, while the OnePlus 5 will ship with the same version of Android, but OnePlus’ OxygenOS will be installed on top of it. When it comes to fast charging, the OPPO R11 is using OPPO’s proprietary VOOC Flash Charge solution, while the OnePlus 5 will utilize OnePlus’ Dash Charge fast charging tech, which is considered to be one of the fastest solutions out there at the moment, at least that was the case with the OnePlus 3(T), and OnePlus is even expected to make some improvements this time around. So, as you can see, the two devices will be considerably different in some ways, but the design still remains something that connects the two devices. All in all, it will be interesting to see those subtle differences when it comes to the design of the two devices once the OnePlus 5 becomes official, as such differences will be present on the front as well, and we cannot say for sure what those will be considering that OnePlus still hasn’t shared an image of the OnePlus 5’s front side. In any case, the OnePlus 5 will become official on June 20th, and we’ll have far more details to share then, unless the company decides to reveal the design of the phone’s front ahead of time, of course. All that said, the only official OnePlus 5 render is a part of the featured image, the phone in the middle, while the rest of the images included in this article are third-party leaks, and side-facing buttons on them are in all the wrong places, which certainly won’t be the case with the final product.