Xiaomi topped the wearable market share list for the first quarter of 2017, according to a recent analysis conducted by analyst firm International Data Corporation (IDC). The report states that the global wearable market grew by 17.9 percent in Q1 2017 compared to the initial quarter of 2016, indicating that the trend may continue in the short term. The Chinese consumer electronics manufacturer shipped 3.6 million wearables in total, accounting for 14.7 percent of the market in that period, with Apple following closely behind it, boasting a market share of 14.6 percentage points in Q1 2017.

Fitbit's shipment numbers in the first quarter of the year experienced a significant decline compared to the same period in 2016, with the San Francisco, California-based company having a 12.3-percent market share backed by three million shipments, thus experiencing a 37.7-percent decline year-on-year. Samsung and Garmin complete the top five list of the largest wearable companies by market share in Q1 2017, with the two companies combined holding just over one-tenth of the market. While Samsung is currently far behind the likes of Xiaomi, Apple, and Fitbit, the South Korean tech giant is seemingly on the right track to create a much larger wearable business, with that particular unit of the company growing by 90.8 percentage points year-over-year and being the fastest-growing member of the industry in the first quarter of 2017.

Even though Fitbit is currently on a noticeable decline, IDC believes that the company may improve its performance in the future due to its massive user base that's approximately 50 million strong, in addition to its focus on the corporate wellness segment that's believed to be extremely sustainable. The fitness tracker manufacturer is thus expected to have an easier time with entering new markets than the majority of its competitors, which bodes well for its long-term prospects. The global wearable industry as a whole is still in extremely early stages of development, IDC's analysts claim, adding that all major electronics manufacturers are still primarily concerned with establishing a foothold in the market and aren't prioritizing profit margins. That state of affairs will likely change as the market continues maturing and an update on related developments will likely follow in the coming months. 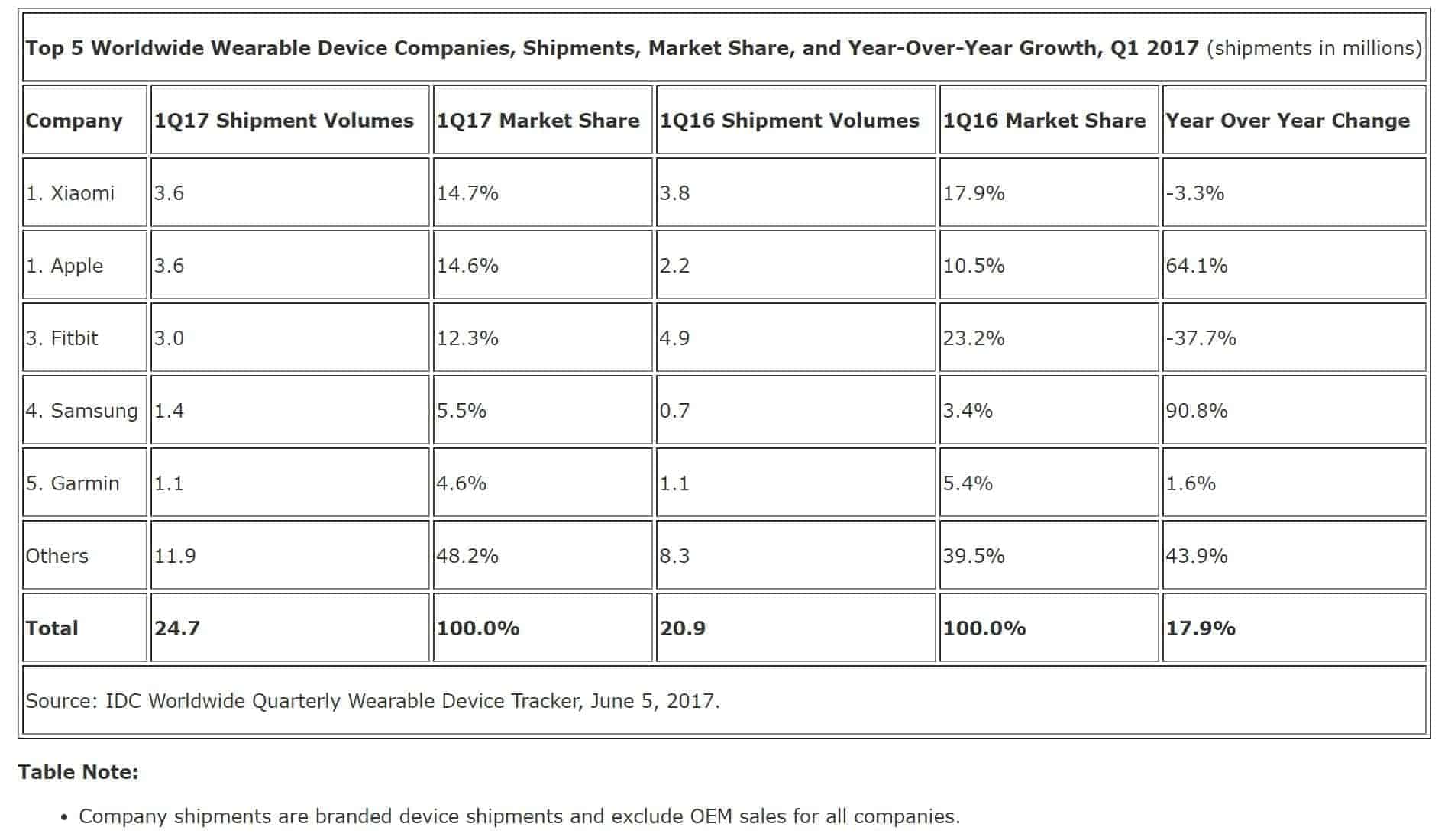 Advertisement
Trusted By Millions
Independent, Expert Android News You Can Trust, Since 2010
Publishing More Android Than Anyone Else
17
Today
53
This Week
569
This Month.
8017
This Year
109489
All Time
Advertisement