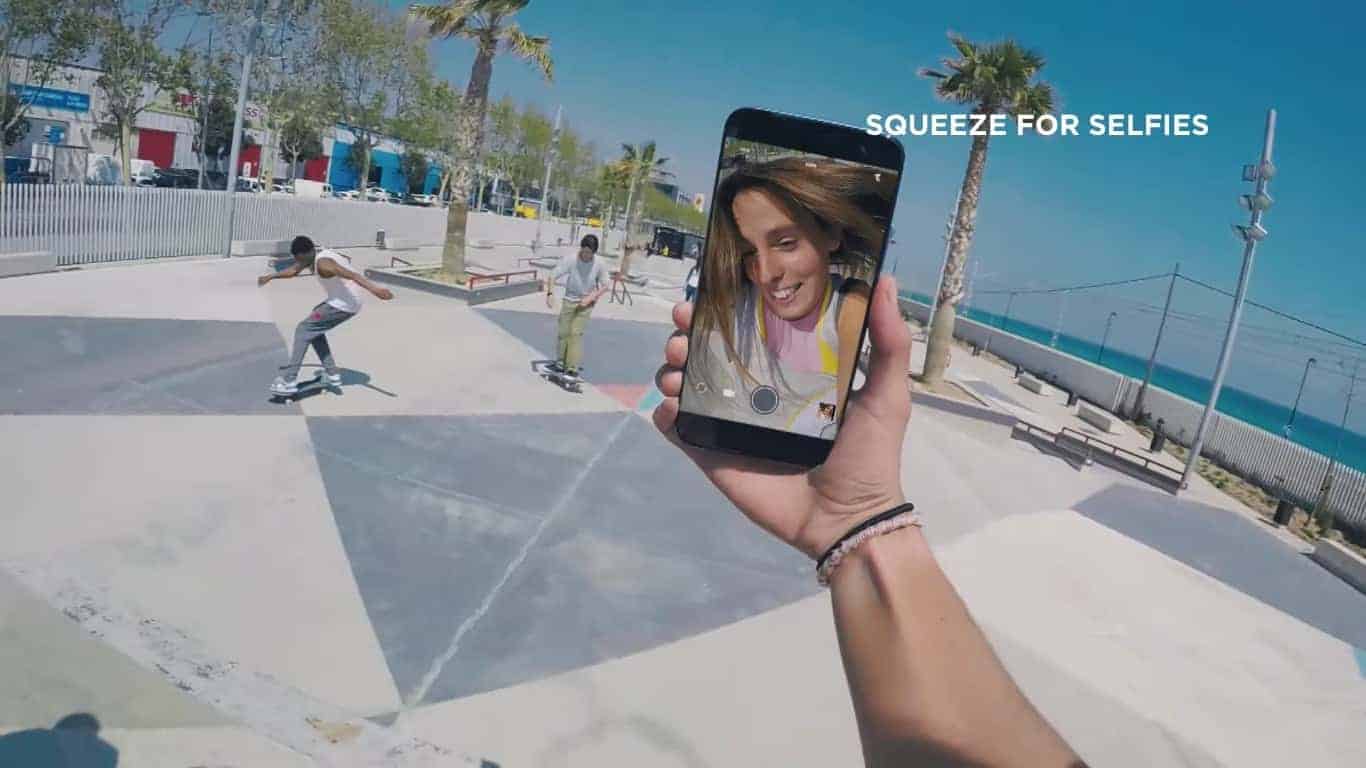 HTC has just released two new promo videos for the company’s all-new flagship, the HTC U11. The HTC U11 was announced last month, and it’s the company’s flagship for this year. HTC is trying to emphasize some of the phone’s features in its new promo videos, the first promo clip you’ll find embedded down below emphasizes HTC U11’s ‘squeeze features’ aka Edge Sense, while the second video mixes things up a bit, read on.

HTC named the first video ‘HTC U11 – Squeeze to Capture Your Brilliant Moments’, and in this clip, you’ll get to see the HTC U11 captures a photo and a video using Edge Sense, while the phone’s IP68 certification for water and dust resistance is also hinted at here. The second clip is named ‘HTC U11 – Made to be Heard’, and as its name says, the sound is in focus here, though HTC also boasts some other HTC U11 features. The HTC U11 comes with a number of audio-related features, it offers a really powerful sound output, no matter if we’re talking about its loudspeakers, or audio via headphones. Active noise cancellation is included in this package, and so is ‘360-degree sound’. On top of everything, the HTC U11 also offers the ‘Acoustic Zoom’ feature, which will help you specify your sound source by zooming in on an object while recording. All in all, the HTC U11 has plenty to offer, on top of everything we’ve talked about, the phone also offers a really compelling camera, and is ranked no. 1 by DxOMark at the moment. The HTC U11 is fueled by the Snapdragon 835 64-bit octa-core SoC, and comes with 4GB / 6GB of RAM.

The HTC U11 is made out of metal and glass, and it features a front-facing fingerprint scanner which is placed below the device’s display. The HTC U11 sports a 5.5-inch QHD (2560 x 1440) display, and a 3,000mAh non-removable battery. A single 12-megapixel camera is placed on the back of the HTC U11, while the phone ships with Android 7.1 Nougat, and on top of it, you’ll be able to find the company’s HTC Sense UI, of course. If you’d like to know more about HTC’s all-new flagship, feel free to check out our HTC U11 device page.