The Honor 9 is finally official, following weeks and weeks of intensive rumors and leaks. The Honor 9 is a direct successor to the affordable, and yet extremely well-designed Honor 8 handset which launched a year ago. These two phones have a lot in common in the design department, with one huge difference, the fingerprint scanner is now placed on the front side, while it was included on the back of the Honor 8. The dual camera setup is still here, and the Honor 9 is made out of metal and glass, just like its predecessor. The back side of the Honor 9 is curved, which was not the case with the Honor 8.

Next to the Honor 9’s dual camera setup on the back, you will find a dual-LED, dual-tone flash, and a laser autofocus below it. Honor’s branding is present on the back of the Honor 9, and the volume up, volume down and power / lock keys are located on the right. The Honor 9 sports a 5.15-inch fullHD (1920 x 1080) display with a 2.5D curved glass on top of it, along with 4GB / 6GB of RAM and 64GB / 128GB of expandable native storage. The phone is fueled by the Kirin 960 64-bit octa-core SoC, with the i6-co-processor, while the Mali-G71 octa-core GPU is here for graphics processing. Two cameras are placed on the back of the Honor 9, a 20-megapixel monochrome sensor, and a 12-megapixel RGB unit. A single 8-megapixel snapper (f/2.0) can be found on the front side of the device, and a 3,200mAh battery (+fast charging) is included on the inside of this smartphone. Android 7.0 Nougat comes pre-installed on the Honor 9, and on top of it, you’re getting Honor’s Emotion UI (EMUI) 5.1 skin. The Honor 9 measures 147.3 x 70.9 x 7.45mm, while it weighs 155 grams.

The Honor 9 comes in Amber Gold, Black, Blue and Gray color variants, while it is priced at 2,299 Yuan ($338) in China for the 4GB RAM variant with 64GB of internal storage. The 6GB RAM model of the phone costs 2,699 Yuan ($397) in China, and it comes with 64GB of storage as well. Now, there’s also the third, most expensive option for you, the 6GB RAM model with 128GB of storage, which is priced at 2,999 Yuan ($441). The Honor 9 will become available for pre-order later today in China, and will go on sale starting on June 16. The device is expected to get announced internationally later this month. 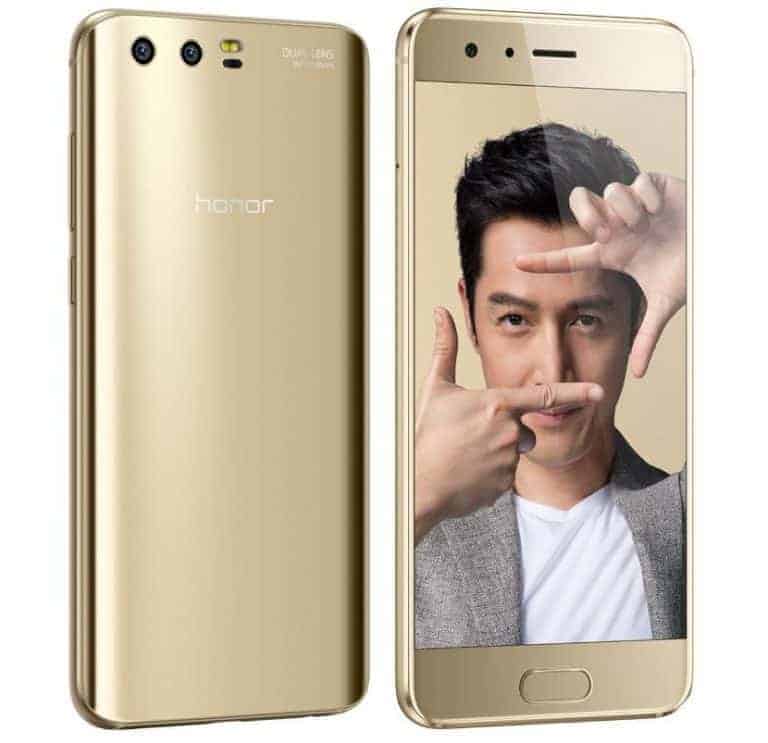