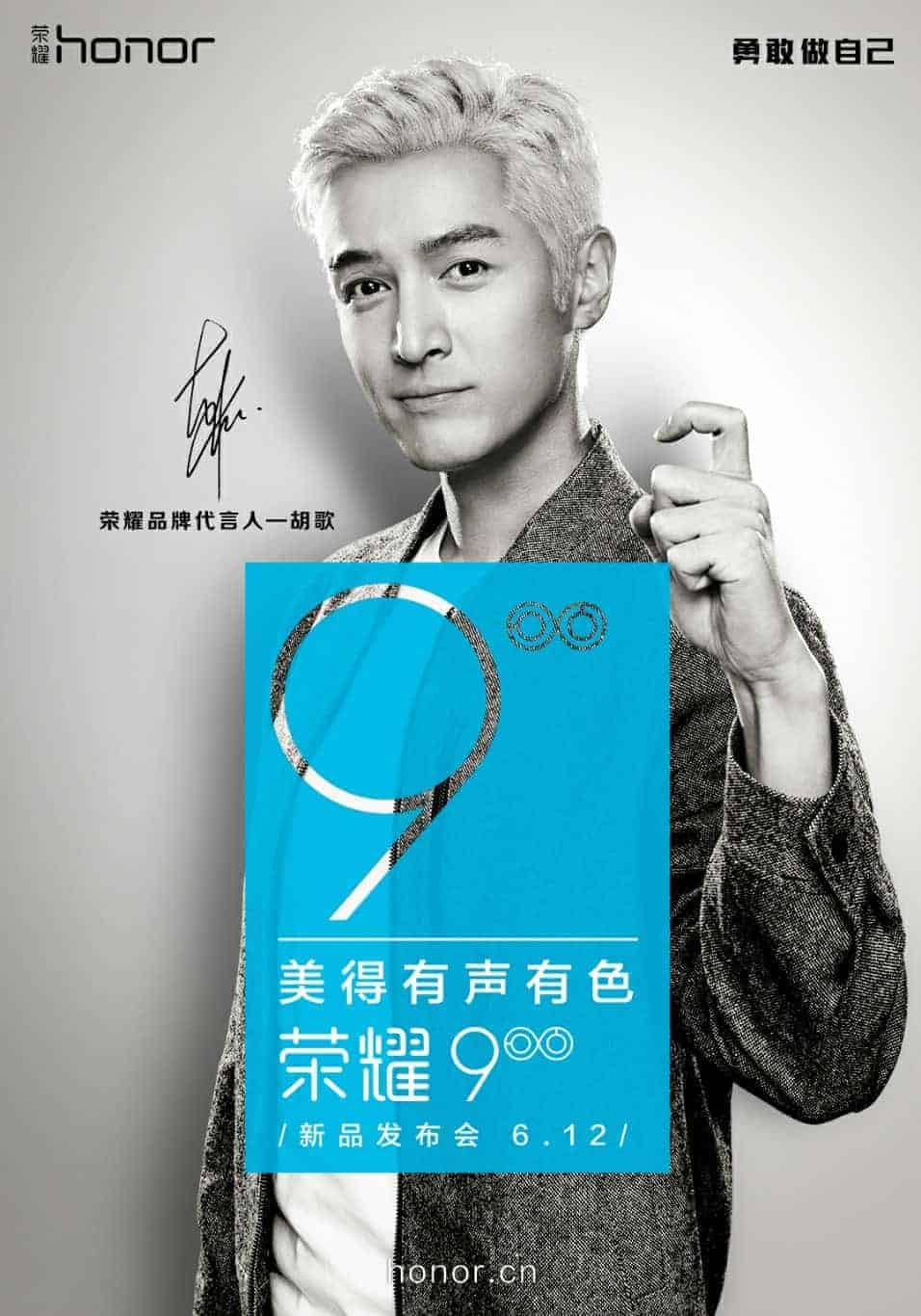 Honor China confirmed last week that the Honor 9 will arrive on June 12, and the company just reconfirmed that piece of info by releasing a new teaser image for the device’s announcement. If you take a look at the provided image, you will get to see a huge number ‘9’ on it, which clearly suggests that the Honor 9 is on the way, and next to the device you will see a confirmation it will sport a dual camera setup on the back as well. Now, this poster is in Chinese, and if you’re wondering what does it say, well, below the number ‘9’, you’ll find the ‘Beautiful and Colorful’ caption, and the person in the image is a Chinese actor and singer, Hu Ge, who is Honor’s brand ambassador. Mr. Ge is imitating image-taking with his left point finger, which suggests that the Honor 9 will ship with a really capable camera setup.

The Honor 8 was quite a compelling smartphone, not only way it quite affordable, but it was also really well designed, and it offered quite a lot for the price point, including a really capable camera setup. The Honor 9 will be announced in Shanghai on June 12, and it seems like its European launch will be a week behind, at least according to the latest info. Latest report claimed that the phone will be announced in Europe on June 27, and it is expected to land in Berlin. We already have plenty of info when it comes to the Honor 9, as the phone’s design leaked in several color variants, and the device also got certified by TENAA (China’s equivalent to the FCC) a while back as well. The Honor 9 actually got certified in both 4GB and 6GB RAM variants, which suggests that we’ll have some options to choose from once the device drops. The phone will sport a front-facing fingerprint scanner this time around, it seems, and its back side will be curved. The device will be made out of metal and glass, just like its predecessor.

The Honor 9 will sport a 5.15-inch fullHD (1920 x 1080) display, while it will be fueled by the Kirin 960 64-bit octa-core processor. A 3,100mAh battery will be included in this package as well, and it will not be removable. 20-megapixel and 12-megapixel snappers will be included on the back of the Honor 9, and an 8-megapixel camera will be placed on the phone’s front side. Android 7.0 or 7.1 Nougat will come pre-installed on the phone, which means you’ll get Huawei’s Emotion UI (EMUI) 5.0 or 5.1 skin as well.