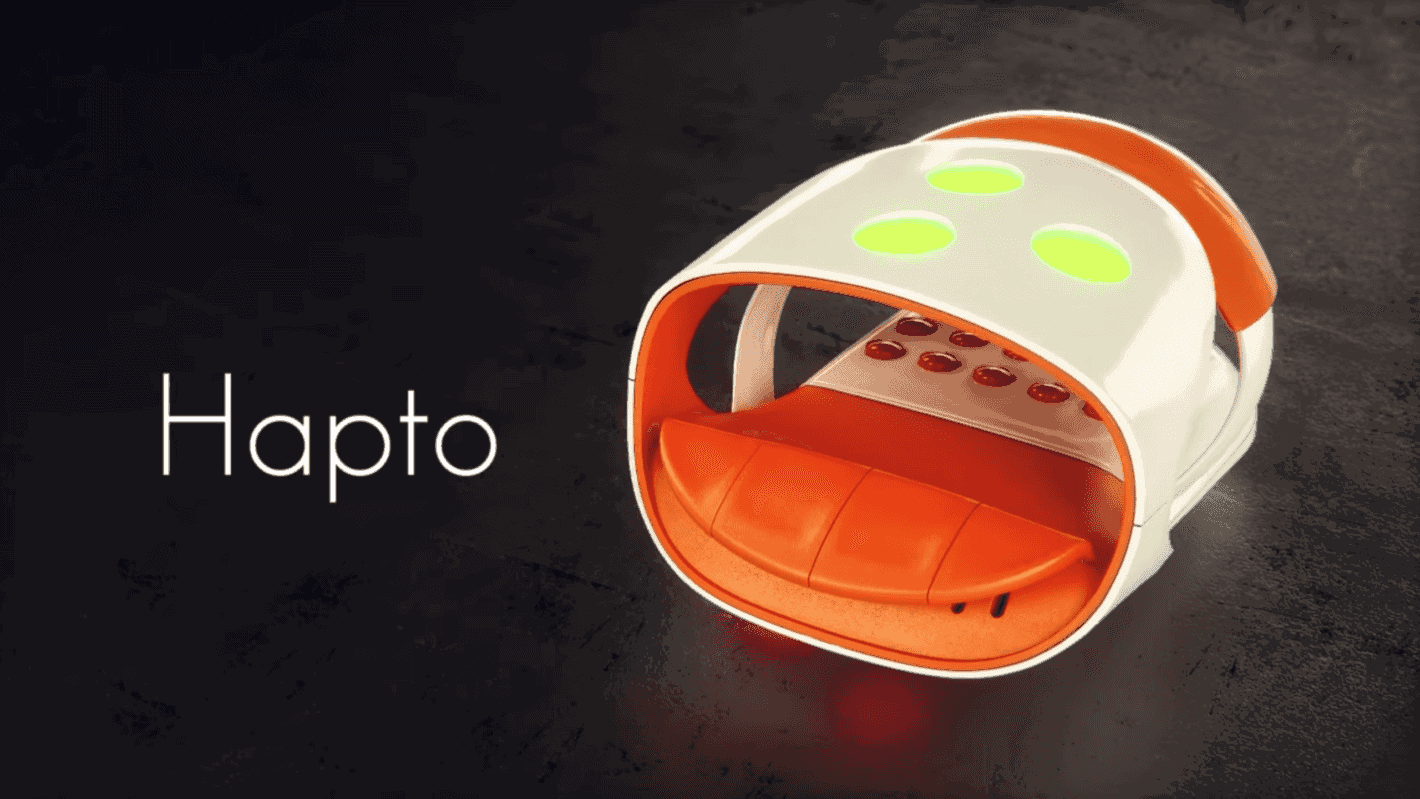 Virtual Reality is still in its earliest stages, and there is already a solution that looks to bring users a far more immersive sensory experience in all ecosystems, with the sensation of touch, in the form of Hapto VR. The Hapto VR controller is a twist on the quickly growing VR glove niche that not only allows a VR game or app to track your hand and finger movements, but has a grid of 20 "feelers", small pieces of plastic that can move up and down to simulate touching a virtual object. Currently, while the Hapto VR controller can connect to almost any VR system thanks to Bluetooth 4.2 compatibility, its claim to fame is only compatible with titles that have been programmed for it, most of which reside within the OSVR ecosystem. Support for PlayStation VR and Microsoft HoloLens is still not on board yet. Additionally, though Hapto is compatible with Cardboard, only Android phones can connect for now. iOS support will come at a later date.

Hapto boasts tracking latency of only 20ms, and tracking precision of up to 2mm. The controller can output up to 1kg of pressing force with its 20 pushers, giving users a powerful sensation of actually touching something, though it does not have any measures to stop finger or hand movement when object collision is detected. Hapto weighs in at just over 8 ounces, and can last through 2 hours of "intensive playing" according to the Indiegogo page, and takes the same amount of time to charge. It will come in two color options; white and black, or black and orange.

Hapto is currently still in development and testing, and has met its $25,000 minimum goal for production. There are no stretch goals listed on the page, but some may be unveiled later. For now, interested backers can get their hand inside a Hapto for $129, though less than 70 of that tier is left as of this writing. None of the 500 packages at the $149 level have been claimed yet, and only a few early bird two packs have been sold at $249 each. That same price will net you a collector's edition of the Hapto, which come from the first run of 10 devices, and will include a special certificate signed by Hapto's founder. $498 will get you four Hapto units. The retail price is set to be $249 when it hits the market, which should be soon after backers start receiving their units. That final stage of the campaign is currently slated for March of 2018.