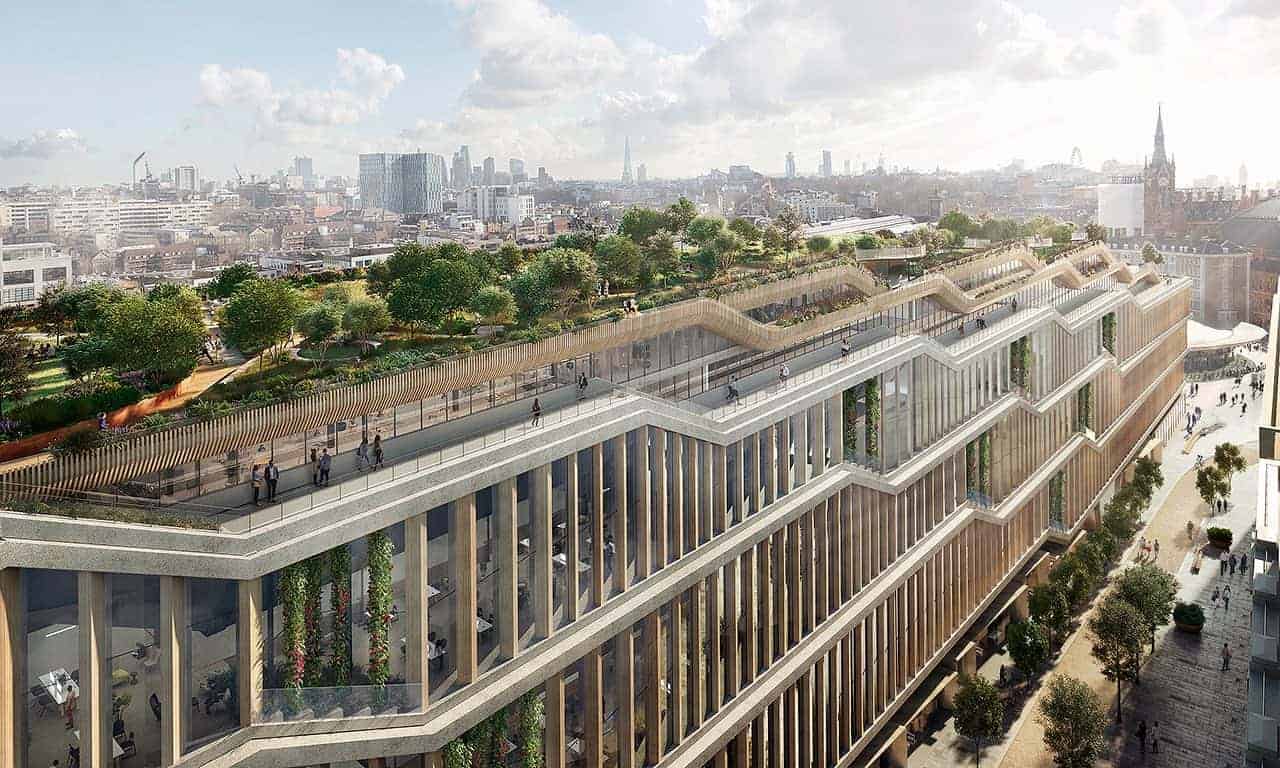 It has been revealed this week that Google has submitted a formal planning application for a new building overlooking King's Cross Station in London. The 93,000-square-meter building will feature a running track, swimming pool, and a huge rooftop garden, and along with two other buildings will provide a campus for around 7,000 of Google's UK-based employees, with construction estimated to begin in 2018. Bjarke Ingels Group and Heatherwick Studios are designing the building, which is the first to be designed for, and owned in full by Google Inc. outside of the United States. The building has been categorized as a "landscraper" and when completed it will be longer than the Shard is tall. The Shard is London's most iconic building and is 1,004 feet tall, or 1,016 feet if you count all the way to the tip of the building.

The building will be known as Zone A and its height will range from seven to eleven stories. As well as the rooftop garden which will span the entire building and incorporate the running track and landscaped terraces, the plans submitted to Camden Council also show amenities such as ground level shops, an events center, a swimming pool, a gym and sports court, and four cafes for staff. There are also plans to incorporate a diagonal staircase which will connect all the various spaces. Outside, there is space for just four cars to park, as well as space for 686 bikes. There will be solar panels on the roof of the building which will provide a combined annual output of almost 20MWh. Joe Borrett, head of real estate and construction at Google, said: "We are excited to be able to bring our London Googlers together in one campus, with a new purpose-built building that we've developed from the ground up."

Google have so far declined to comment on how much the entire project is estimated to cost. There is also no estimated completion date – Google's first project was given the green light back in 2013, so it is already thought to be long overdue. The project was originally in the hands of a British firm of architects called Alford Hall Monaghan Morris (AHMM), who planned a $1 Billion dollar structure which featured among other things, a climbing wall. The CEO of Google, Larry Page labelled the plans "boring" and gave the project to Heatherwick, who are also currently designing Google's new California campus.