New features are now rolling out to Google Sheets, making it easier for users to analyze data and share information with other documents and users. One of the new features rolling out is the Explore function for Google Sheets. Like the similarly-named function for Google Docs and Slides, the Explore function helps the person making the spreadsheet by providing suggestions on how to analyze and present data. Through the use of machine learning, spreadsheet makers may simply type in some of their questions or instructions in the Explore function and the web application will provide relevant suggestions through the Explore function. Some of the possible suggestions include ways to analyze the data and the appropriate way to present the results of data analysis. There is also no need to know extensive functions, as the use of machine learning allows the instructions to be typed in words. Once the spreadsheet maker uses the function to its full potential, this will result to more visually appealing spreadsheets complete with more extensive analysis of the data.

Another new feature that will make it easier to share data is through the faster and more instantaneous syncing of data between Google Sheets, and tables found in Google Docs and Google Slides. While it is previously possible to automatically update the data between three Google productivity apps, it is only limited to charts. Now, Google has made it easier to update the data found in tables by simply clicking the update button on the table, similar to how charts are synced across documents.

There are also other more minor updates made on Google Sheets recently. Users may now change the keyboard shortcuts, making it easier for users who transition from another productivity app to work with Google's spreadsheet service. Charts can now also be easily modified in Google Sheets through a sidebar that lets users change the chart colors, add new trend lines or outright choose a better chart format. New functions were also added to Google Sheets, some of which are exclusive to Google's platform, and there are now more than 400 functions altogether that are supported in Google Sheets. 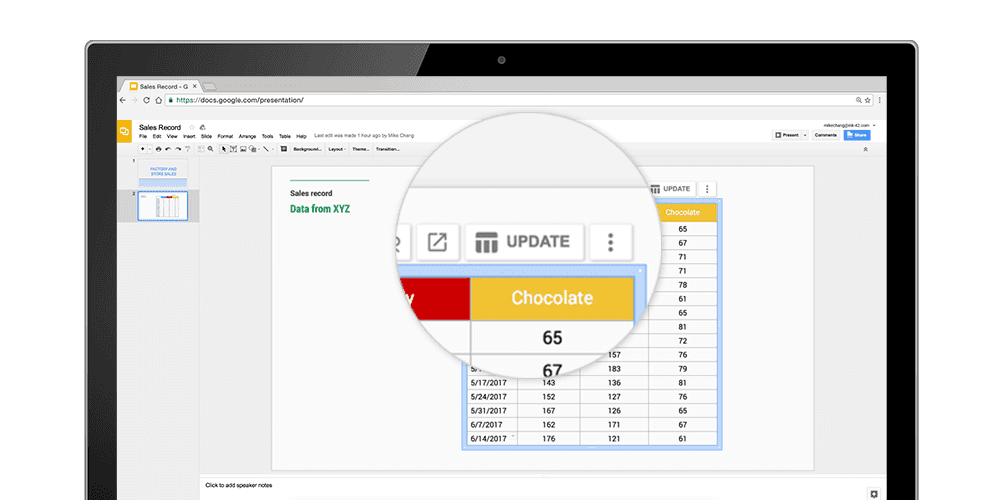