A device that’s said to be one of the upcoming Google Pixel 2 models hit GFXBench on Friday, with the mobile benchmarking tool identifying it as the Google Pixel XL2, indicating that the handset is a direct successor to the 5.5-inch Google Pixel XL that launched last October. According to the benchmark listing, the Google Pixel XL2 boasts a 5.6-inch display panel with a resolution of 2560 by 1312 pixels, which amounts to an aspect ratio that’s close to 18:9, i.e. 2:1. If the listing is accurate, the exact aspect ratio of the Google Pixel XL2 is 1.95:1 and is extremely similar to the image format of the LG G6’s 5.7-inch Full Vision display, suggesting that Google’s upcoming Android flagship will be noticeably taller than its predecessor, in addition to having a somewhat smaller screen area despite its larger diagonal.

According to the benchmark listing, the handset is powered by a Qualcomm-made 64-bit system-on-chip (SoC) with eight cores clocked at a maximum frequency of 2.4GHz and the Adreno 540 GPU, which heavily implies that it features the Snapdragon 835. The supposed Google Pixel XL2 also boasts 4GB of RAM and was running Android 7.1.1 Nougat at the time of its testing, GFXBench reveals. Finally, the phone boasts 128GB of internal flash memory, an 8-megapixel front-facing sensor, and a 12-megapixel rear camera, according to the listing, though it’s possible that the benchmark failed to register two 12-megapixel sensors. Likewise, as GFXBench testing results aren’t always accurate, the successor to the Google Pixel XL may not necessarily feature a screen with an unconventional aspect ratio and the mobile benchmark could simply be off in this regard. However, with several Android flagship manufacturers including Samsung and LG recently opting to adopt a new design language with taller screens, it’s possible that Google decides to follow suit and release a similar device in the near future.

The original Pixel phones were introduced last fall and their successors will likely be launched around the same period this year, with recent rumors indicating that the Mountain View-based tech giant is working on nearly bezel-less phones that look radically different to their predecessors. More details on Google’s hardware efforts will likely follow in the coming months. 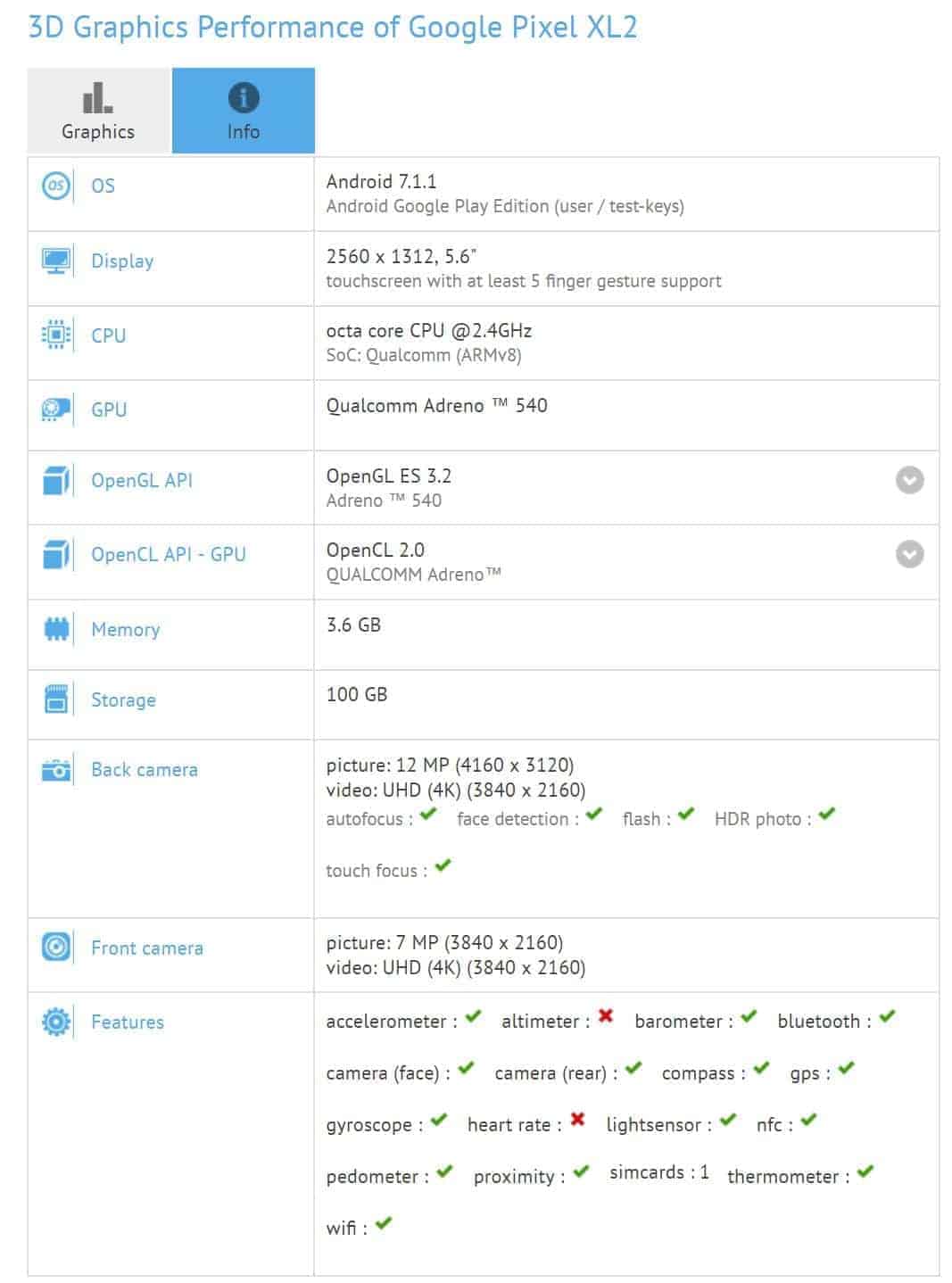