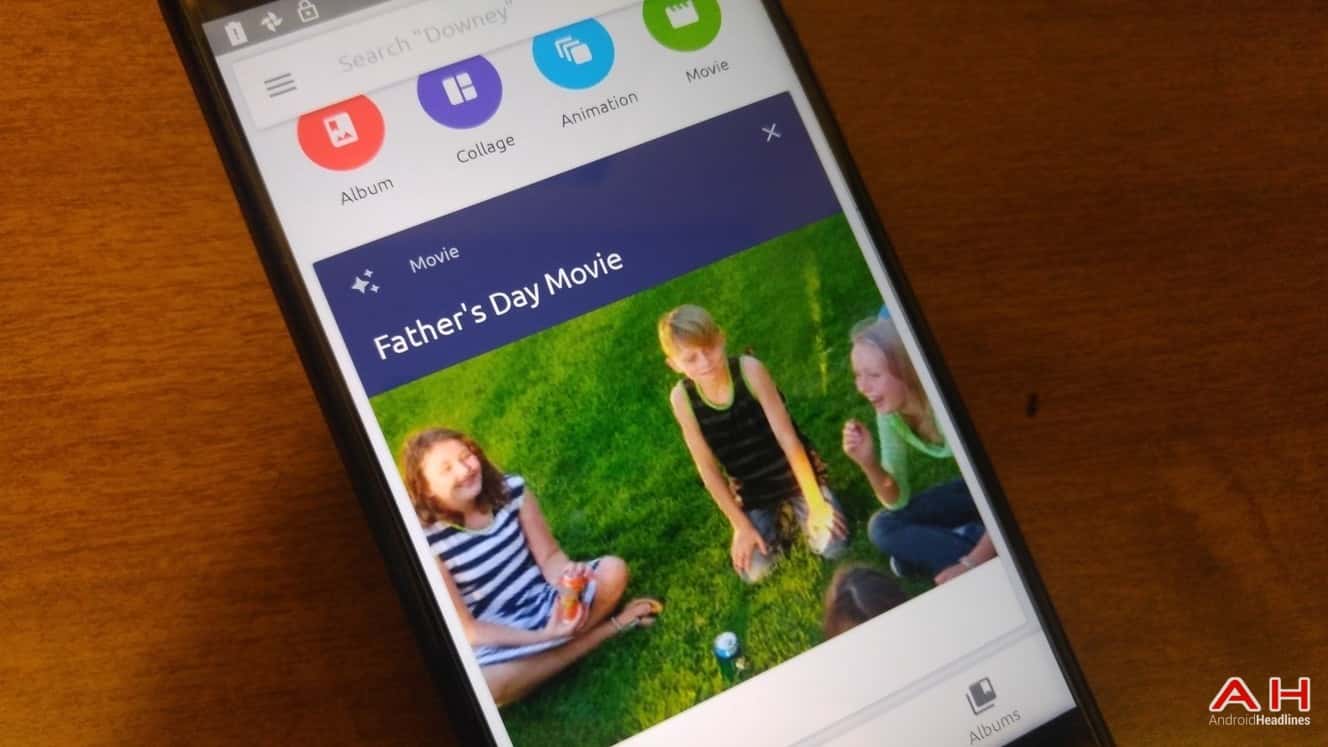 Google's photo storage and organization application, the aptly named Google Photos, is getting a tool to help children of all ages celebrate Father's Day. The company had a similar tool in place just in time for Mother's Day back in May, so it makes sense that the search giant wouldn't want to leave fathers out of the fun. The tool is live right now at the source link below, so be sure to check it out if you haven't quite had time to pick up a heartfelt gift for dad or if you just want that extra added touch to alongside your gift.

As stated on the homepage of the tool, a Father's Day movie could be just the thing to mark the occasion whether you're making one for "yourself, the father of your children, or your own dad." As expected, the comprehensiveness of the video will depend on how many photos you happen to have which feature the father in question and his children because just like the Mother's Day video tool released earlier this year, that's what Google's Photos Assistant compiles to create its clip. To get started, Google's algorithm scans a user's library for images it recognizes as containing people. That's possible thanks to how the app interacts with users — allowing them to identify people — and its ever-improving facial recognition features. After users select the "father" from their library of photos stored in the app, the tool asks them to select that person's children or anybody else whom they feel should be included in the video. After clicking "Done," the Assistant will scan for photos containing those people and begin throwing together a video clip using the identified images. It will also add background music and a "Happy Father's Day" message. In the meantime, users will see a message informing them to check with the Assistant section of the app later, as the process can take several minutes to be completed. The videos themselves are not editable in this iteration of the tool.

Just like the previously launched Mother's Day tool, the Father's Day version doesn't discriminate based on gender since it doesn't distinguish between men and women in the "father selection" part of the processes, so users are free to center the video around any figure in their lives that they feel the honor should go to. Anybody interested in taking advantage of the latest Google Photos-powered video creator likely only has until Sunday, June 18, to do so.