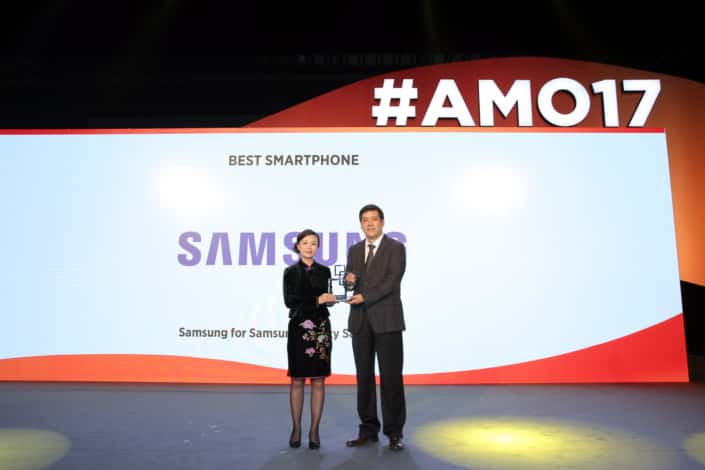 MWC (Mobile World Congress) Shanghai is currently ongoing, and the Samsung Galaxy S8 and the Galaxy S8 Plus have just won a prestigious award at the show. Samsung’s flagship smartphones have won the ‘Best Smartphone’ award at MWC Shanghai, and the Executive Vice President of Samsung Electronics China, Tong Wang, accepted the award on the company’s behalf.

For those of you who do not know what MWC Shanghai is, or have never heard of it, this tradeshow is not new by any means, but it was previously called ‘Mobile Asia Expo’, so that might sound more familiar to some of you. This tradeshow is organized in partnership with GSMA and it started yesterday, while it will last until July 1. Having said that, this is not the Galaxy S8’s first award this week, the Galaxy S8 and the Galaxy S8 Plus have received the ANSI/UL 110 certification for being environment friendly, and the ‘Ostrich Dream’ Galaxy S8 ad has won 3 gold, 2 silver and 2 bronze award at Cannes 2017. The Galaxy S8 and the Galaxy S8 Plus are rather unique devices in terms of the design, they’re easily recognizable, and Samsung has decided to take a rather serious step away from the previous generation in order to attract consumers’ attention.