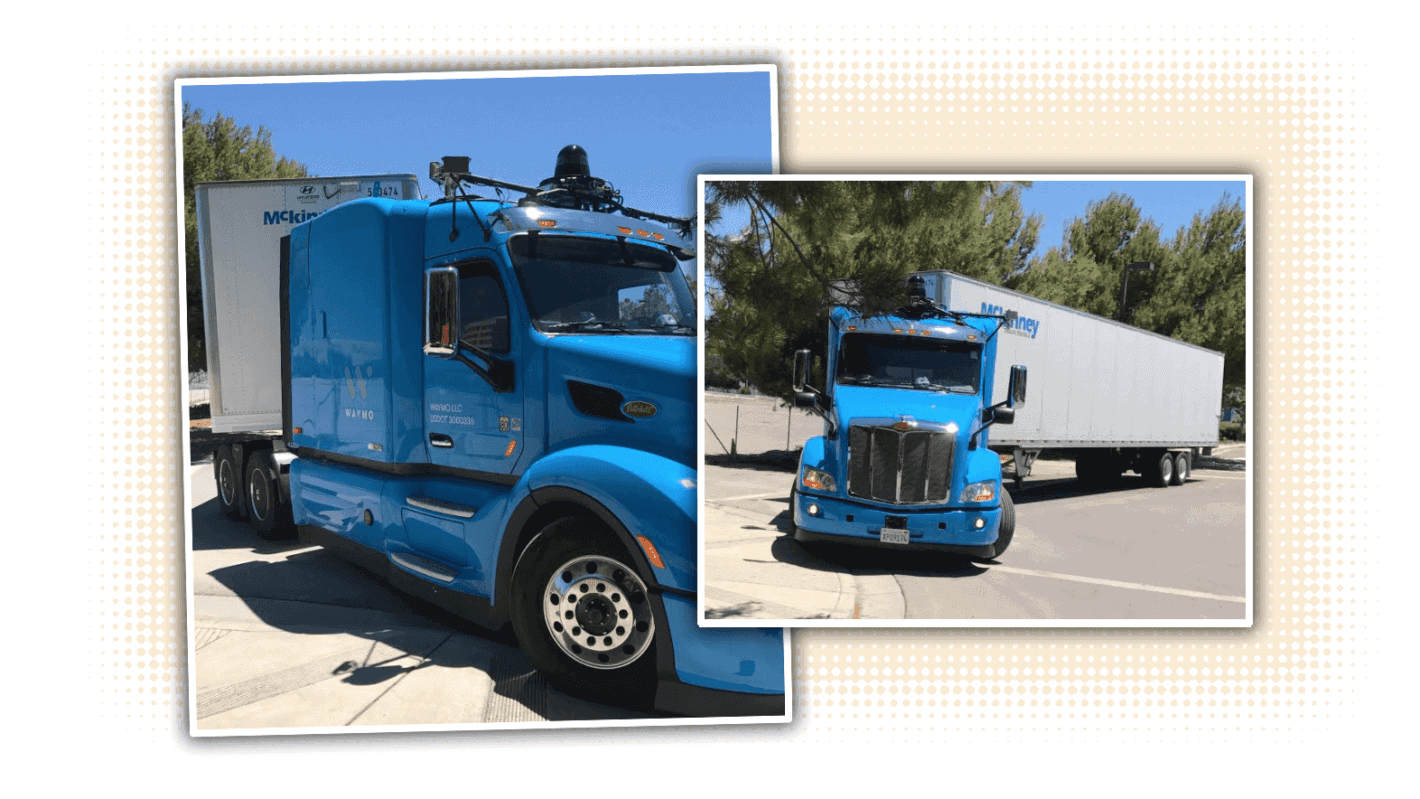 First real-life images of Waymo's self-driving trucks leaked online earlier this week, shortly after Alphabet's autonomous driving subsidiary confirmed that it's indeed working on trucks powered by artificial intelligence (AI) solutions that are capable of driving themselves. The photographs that can be seen in the gallery beneath this writing depict what looks like a somewhat modified version of the Peterbilt 579, the latest model manufactured by the Denton, Texas-based maker of medium and heavy-duty trucks. The truck is usually advertised as being extremely cost-efficient, with Peterbilt offering a special customization program that allows prospective buyers to significantly modify the 579 in an effort to suit it to their specific needs. Provided that the newly uncovered photographs are legitimate, it seems that Waymo decided to take the company up on that offer.

The vehicle seen in the leaked images is seemingly equipped with a wide variety of modules installed on its roof track that also features a LiDAR dome flanked by ultrasonic sensors on all four of its sides, with the truck's front bumper having what looks like a radar emitter attached to it. The self-driving setup may entail more components on other sides of the truck, though none are visible in the first known photographs of Waymo's heavy-duty vehicle. The technology used on this particular model is likely similar to the one allowing Waymo's Chrysler Pacifica minivans to drive themselves, which they recently started doing more frequently after the company launched its first public testing program in Arizona, providing curious consumers with the option of riding in its autonomous vehicles free of charge.

Alphabet's subsidiary has yet to disclose more details on its planned commercialization efforts related to the company's self-driving technology so it's difficult to guess when trucks like the one that can be seen below may even start being tested on public roads, let alone be offered for commercial purposes. The firm is currently wrapped in a rather public legal battle with Uber over supposed trade secret theft pertaining to the design of the aforementioned LiDAR that was allegedly committed by former employee of Waymo and Google Anthony Levandowski who also founded a self-driving truck startup Otto which Uber acquired for $680 million last August.