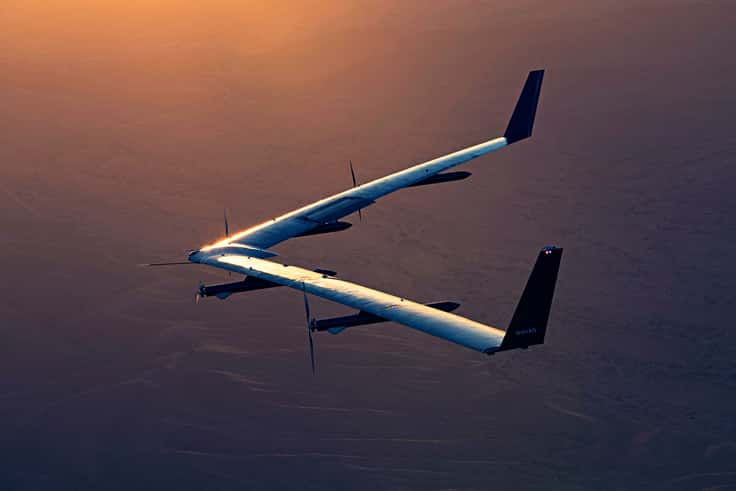 Facebook successfully accomplished the second full-scale test flight of Aquila. Aquila is designed to be an unmanned aircraft that will provide internet access to remote areas. The flight took place at the Yuma Proving Ground in the state of Arizona last May 22, with the aircraft successfully taking and landing mostly according to plan. In order to ensure that Aquila will not experience the same unfortunate accident it had last year, the social media giant extensively modified the plane's structure. Some of the key changes are the addition of spoilers to ensure that the plane does not incur unnecessary lift during landing and the installation of horizontal propeller stopping mechanism that will be activated during takeoff. The previous iteration of Aquila suffered a structural failure that severely affected the aircraft during landing, so it is expected that a good number of changes will be made to ensure proper landing. Facebook also modified the device's control and information gathering systems through the improved autopilot system, the addition of new sensors, and the inclusion of new radio systems for communication purposes. The finish of the airplane was also made smoother.

The key reason behind the second test flight is to obtain the necessary data to adjust the drone's power supply, battery, and solar panel in order to satisfy its power requirements. To do so, the team behind Aquila flew its device at constant speed and altitude to measure the airplane's drag, which refers to the force that opposes the plane's movement while flying. The data from the tests will then be used to modify the models used by the engineers working on Aquila in predicting the aircraft's power requirements in a specific flight situation.

One of the key challenges for the people designing and building Aquila is to design a drone that flies, takes off, and lands slowly. It is important for the drone to do things slowly in order to provide internet access to a certain remote area for an extended period of time. The people behind Aquila also equipped the aircraft with power-efficient flight machinery and a solar panel to provide additional energy when necessary.