Having said that, Carl Pei, shared his thoughts on Twitter, by saying that the same thing happened when the OnePlus 3 was about to arrive. Carl Pei also said that such comments disappeared as soon as people started using the device, which is probably his way of saying that the same will happen with the OnePlus 5. Truth be told, the OnePlus 3T was not compared with any of the iPhones, but with some of HTC’s offerings. In any case, OnePlus’ Product Manager already shared his thoughts on this, and his thoughts are quite similar to Carl Pei’s, it seems. Now, there’s another device that neither of them mentioned in this whole story, and that’s the OPPO R11, a device which looks almost identical to the OnePlus 5, at least from the back, but it seems like its front side will look almost identical to the OnePlus 5 as well. The OPPO R11 fits inside of a recently leaked OnePlus 5 Kevlar case, which only reaffirms recent reports which said that the two devices are almost identical in terms of the design.

OnePlus had already confirmed quite a few details when it comes to the OnePlus 5, we already know that the phone will sport a fullHD display, and that it will be fueled by the Snapdragon 835. The company also scheduled an event for June 20, when it will announce the OnePlus 5, while it was also indirectly confirmed that the phone will ship with a front-facing fingerprint scanner, and that an 8GB RAM variant of the device will become a reality on June 20 as well. The OnePlus 5 will ship in both 6GB and 8GB RAM models, it seems, and the device will almost certainly pack in a 5.5-inch fullHD AMOLED display. Android 7.1.1 Nougat will come pre-installed on the phone, and on top of it, you’ll be able to find OnePlus’ OxygenOS skin. 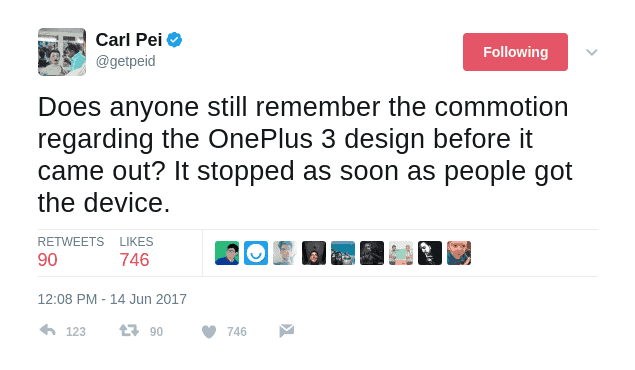