According to the information coming through, BLUBOO will be the first company to release a smartphone which makes use of an 18:9 aspect ratio while also being powered by a MediaTek processor. Recently a number of 18:9 aspect ratio smartphones have come through, although they have all tended to come running on a Snapdragon SoC. The Samsung Galaxy S8 being a prime example. Which interestingly, is a very similar name to the handset that is rumored to come from BLUBOO, as this one is currently being referred to as the BLUBOO S8.

Along with the news, the image above has also been released which is said to be of the BLUBOO S8 and does clearly highlight that this will be a smartphone that makes use of a full screen front panel. According to the same information, the display will be a 5.7-inch SHARP display and adopting a 1440 x 720 (HD+) resolution. The rest of the specs currently being touted include the Helio X30 as the MediaTek SoC in question, as well as a choice of RAM and storage. As it is currently understood that the BLUBOO S8 will be available in two variants. One boasting 4GB RAM and 64GB internal storage, and the other boasting 6GB RAM and 128GB internal storage. As well as being a smartphone that is all about the display, it also seems likely that the BLUBOO S8 will place a good deal of focus on its camera abilities. Most notably due to this being a smartphone that is said to come equipped with a dual rear camera setup.

In terms of when the BLUBOO S8 will become available, it is understood that it is currently in the final stages of testing and will be announced sometime before the end of July. Of course, this is not the fist full screen smartphone to be announced by BLUBOO, as the company has already announced the BLUBOO S1. Not only is the BLUBOO S1 currently available to reserve, but BLUBOO also happens to be running a promotion where it intends to give away as many as 2,000 units for free. The giveaway is due to end on June 30 and more details are available through the link below. 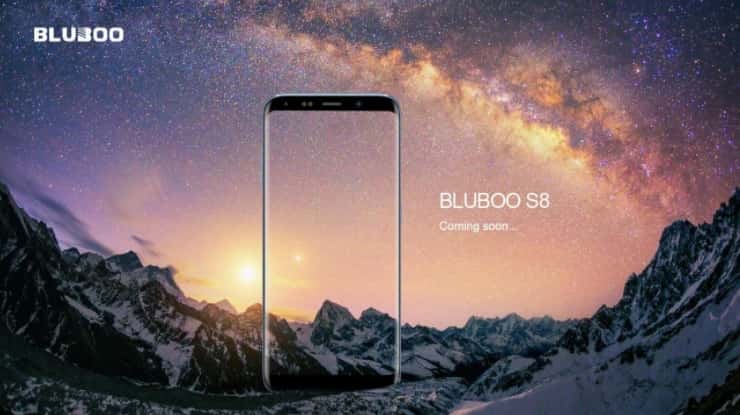