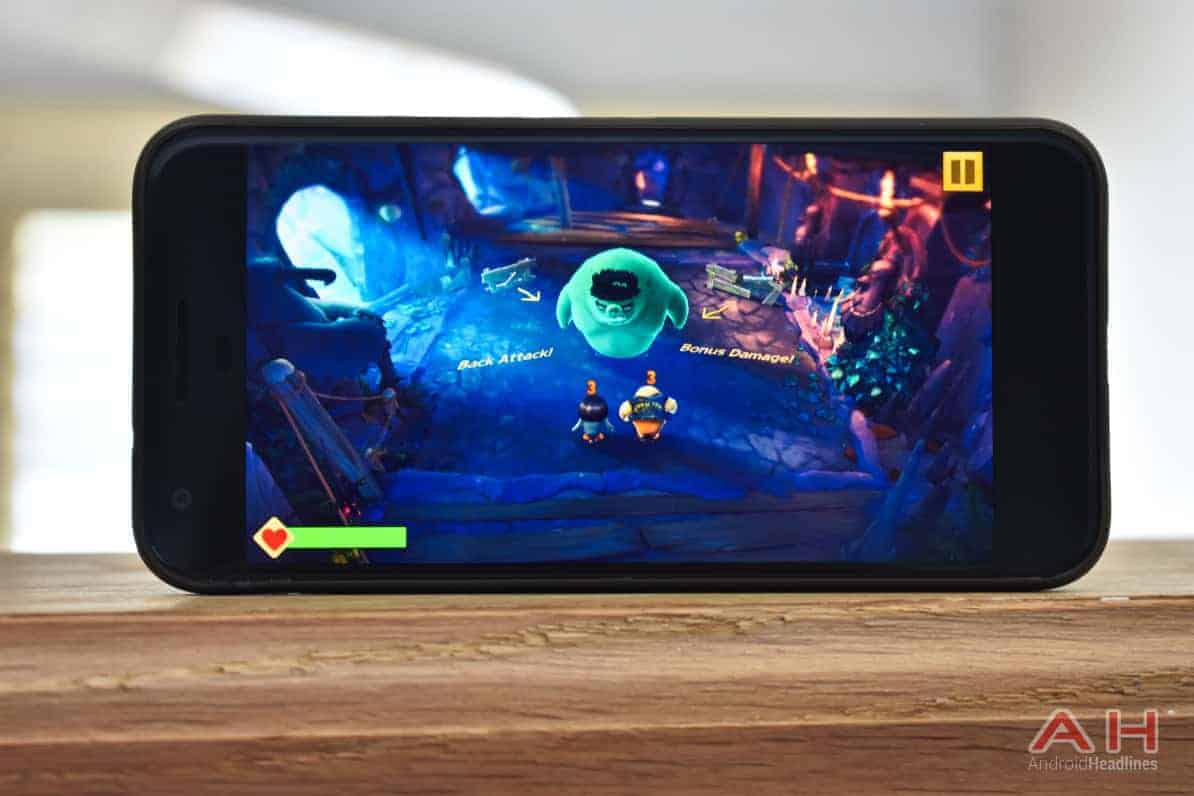 Angry Birds Evolution is live & offers a fresh RPG adventure, but make no mistake this is still an Angry Birds game and will feature plenty of familiar elements that you may already be used to. That said Rovio has packed things into a new arrangement so it doesn't feel completely the same. While you still face off against the ever dastardly pigs and their nefarious ways, this isn't entirely a physics-based game where you're simply trying to take all the pigs out and destroy their platforms for more points, although taking out the pigs is part of the gameplay. There is an overarching set of goals or accomplishments one can strive for in Evolution, and this includes grabbing up gear and other useful items to outfit your birds with, as well as leveling your birds up and evolving them into more powerful versions of themselves.

More than just leveling your birds and giving them new gear, each level is also laid out like a series of turn-based combat battles like you'd find in a JRPG. You'll have turns as each bird on your team to place an attack, but you'll also need to plan a little bit strategically while watching the pigs, as they'll display a number above their heads which tells you how long before their turn to attack comes up. Each pig can be different so you'll need to keep an eye on them.

While you do launch birds just like in almost any other Angry Birds game, complete with the angles and arrows to tell you where the bird will land, after each attack you get closer to unlocking your own super attack which does more damage. Each bird will have a unique super attack, and after use it resets. To help keep things from feeling stale Rovio has added over 100 new birds to this game which means you'll have loads of choice when it comes to assembling your team of birds. You can have up to five birds on your team at once, though throughout the game you may not always have five birds to use. For instance, in the beginning tutorial you start out with one and work towards unlocking others. While a lot of the game will be single player, there are opportunities for joining a clan and battling other players, as well as events with rewards that can be earned. The game also features cut scenes, though Rovio has added a nice touch by allowing you to long press on the screen to speed through them if you want. Like most Angry Birds games this one is free, and if you haven't already checked it out you can do so by hitting the button below.

Advertisement
Advertisement
Trusted By Millions
Independent, Expert Android News You Can Trust, Since 2010
Publishing More Android Than Anyone Else
4
Today
83
This Week
364
This Month
4347
This Year
105824
All Time
Advertisement