This week, Andy Rubin’s new company, Essential, announced their first smartphone. It’s technically named the Essential PH-1, and it’s meant to “fix what’s wrong with Android”, but does it really? It’s still a smartphone with a pretty hefty price, and it doesn’t really do much that other smartphones don’t already do, or have already tried. One of the main selling points behind the Essential Phone is the fact that it has very minimal bezels. But if you look towards the top of the phone, there’s a cut out in the screen for the front-facing camera, which looks odd, and for those with OCD, it’s going to be a problem. It also has magnetic connectors on the back of the phone for connecting accessories and such, a lot like Moto Mods. So that’s also something that isn’t “new,” so one has to wonder whether this phone is really essential?

The Essential Phone is going to be priced at $699 when it does actually become available. For those that aren’t hardcore Android fans, they are going to wonder how a brand new company can pop into the smartphone space and create a smartphone that has a $699 price tag. Since the smartphone space – especially in the US – is already very crowded, and it’s tough for companies even with smartphones at half that price, to actually sell well. But Essential has Andy Rubin behind it. And Andy Rubin was the founder of Android Inc., which was then sold to Google and the rest is history. So if there’s anyone that knows Android, and possibly what’s wrong with it, it would definitely be Rubin. But $699 is still going to be a tough sell for the Essential Phone, especially since they aren’t going to be selling this through carriers (or even retail partners). 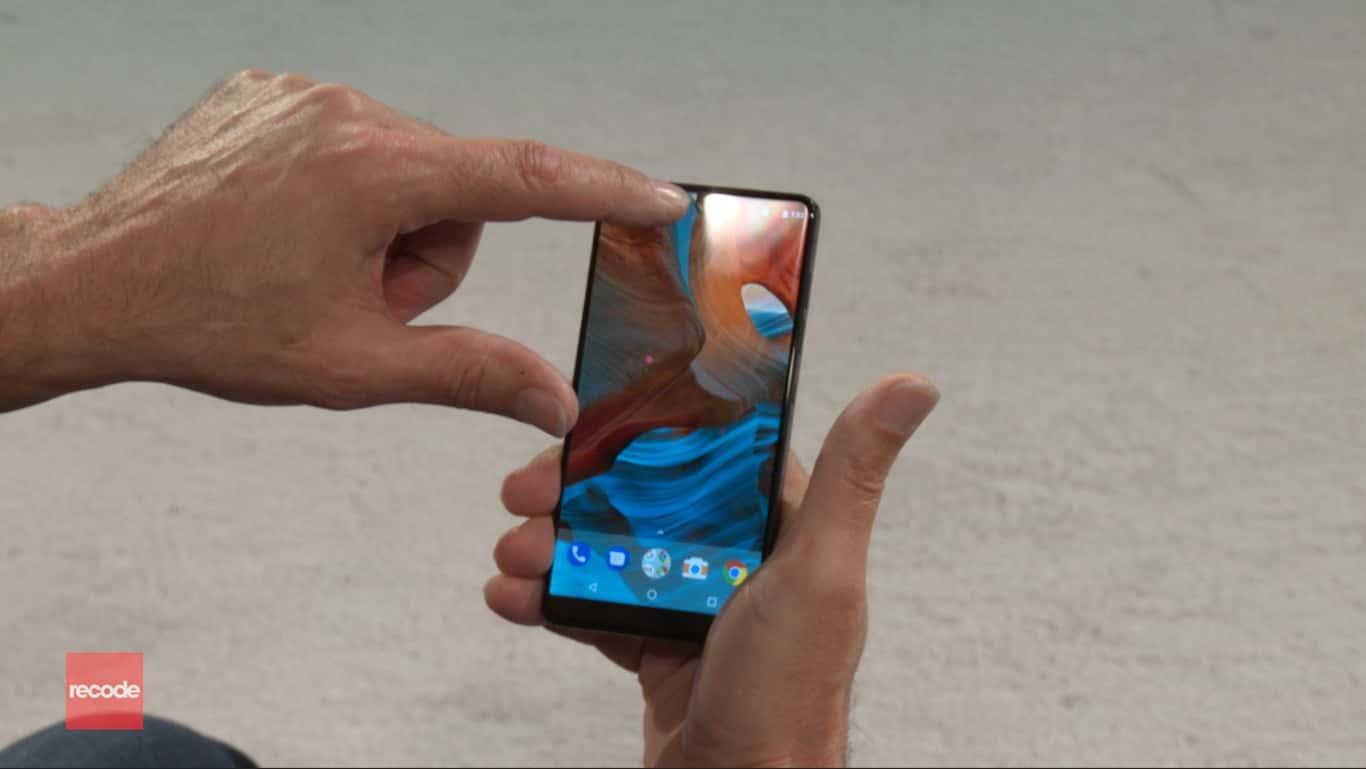 Looking at the specs for the Essential Phone, it does have all of the high-end hardware you’d expect, including a 5.71-inch 19:10 ratio display, which has a bit of an odd resolution of 2560 x 1312 which is just below QHD resolution (QHD is 2560 x 1440). It’s powered by the Qualcomm Snapdragon 835 processor, with 4GB of RAM and 128GB of storage. There’s also two cameras on the back, both are 13-megapixel cameras, one being RGB and the other being a monochrome sensor. The front-facing camera is a 8-megapixel shooter. All powered by a 3040mAh battery inside. So it does stand toe-to-toe with every other smartphone coming out this year, but the vast majority of the market won’t know what this phone is or that it exists, and that’s going to make it a tough sell for Essential as well. Not to mention the fact that they have no history for support or updates. But with Rubin behind the scenes, updates should be pretty fast.

The Essential Phone appears to be running stock Android, perhaps with a few changes – similar to what Motorola has been doing. Essential didn’t talk much about the software, but did state that they were “fixing what’s wrong with Android” so there should be some changes from stock Android. Obviously, we’ll have to wait until the phone is available (and review units sent out) to find out what’s really new and different here. It is running Android Nougat, which is the most recent version of Android, at least right now until Android O launches in a few months. The software can truly make or break a smartphone, and since it is running a somewhat odd aspect ratio display, Essential has likely made some adjustments at the system level to handle that. Not to mention the camera placement that is basically in the middle of the screen. 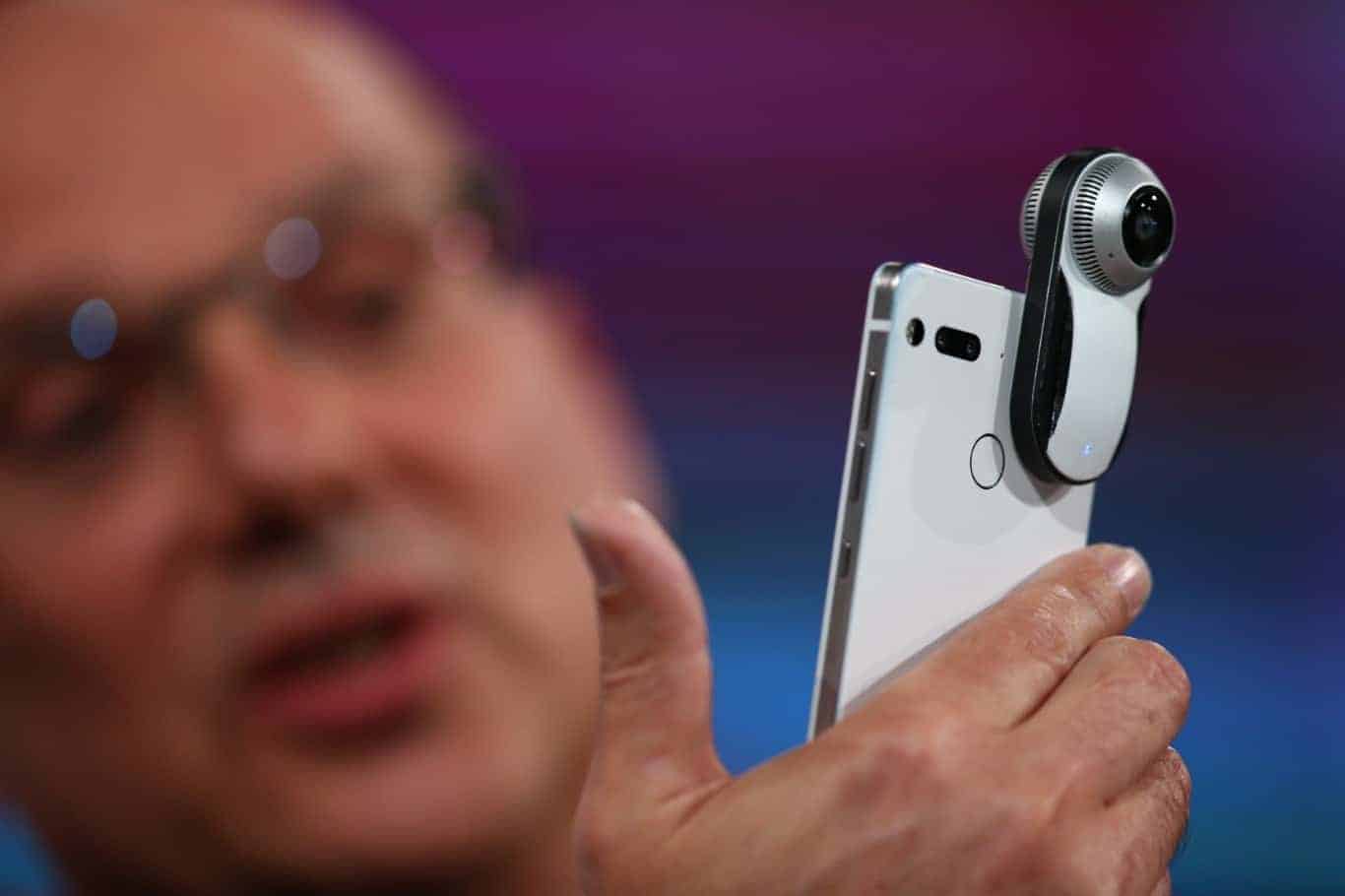 So is the Essential Phone really essential? Not really, at least not from the information that’s available right now. There’s no doubt that it’ll be a great smartphone. It seems like the smartphone that a bunch of Android fans would put together, and that’s basically what Essential is made up of – although Rubin is much more than just an “Android fan.” Putting in some incredibly high-end specs, with a great looking build and stock Android. It is really what Android fans dream of. And while the accessories will definitely set it apart from the other smartphones out there. Like that 360-degree camera – which Essential says is the smallest in the world right now – that just snaps onto the back of your phone, not even covering up the dual-camera setup on the back, which is actually really cool.

Essential will have a tough road ahead if they are looking to pick up a decent chunk of the smartphone market. There are so many players out there right now, and Samsung is eating up the majority of the smartphone market, along with Apple. Both of which are established brands, and do quite well at advertising their devices. However, there are some similarities to OnePlus with Essential. OnePlus launched the OnePlus One at a pretty low price, however, which is not what Essential is doing. And now, a few years later, OnePlus has grown quite a bit and actually has a small chunk of the market. And this is all without putting out ads on TV’s and such, like Samsung does. Also without tying up with the carriers, so there is a chance for Essential to excel here, but it’ll take some work. 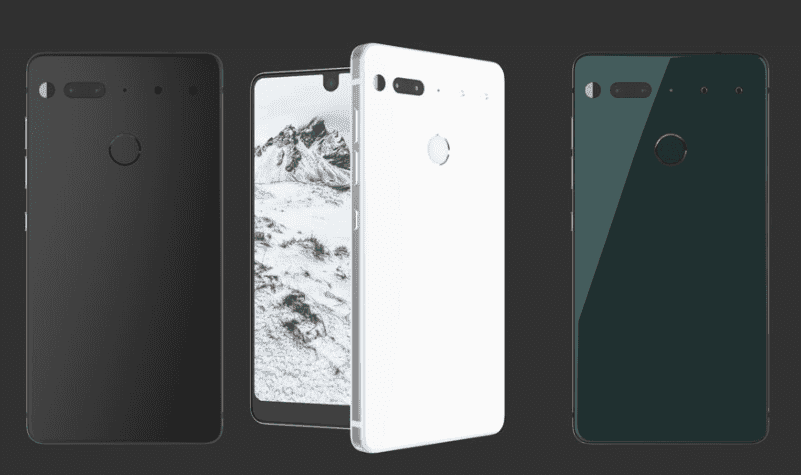 The Essential Phone is a good looking smartphone, and it’ll likely sell a bit, but it’s not really that “essential.” If you want something that can have accessories snap onto the back of it, Motorola has a slew of phones that already do this, and are a bit cheaper. Like the newly announced Moto Z2 Play. It’s going to be a good option for plenty of people out there, and only time will tell whether the Essential Phone really becomes an essential piece of the Android market, or Android smartphone choices. Currently, there’s no word on when the Essential Phone will actually launch, we only have the option to reserve one right now, not even pre-orders. But it likely won’t be long before it’s available.