Skip to content
Advertisement
Trusted By Millions
Independent, Expert Android News You Can Trust, Since 2010
Publishing More Android Than Anyone Else
21
Today
135
This Week
207
This Month
2176
This Year
112259
All Time
Advertisement If you are an Android TV device owner, and if you are also a Plex user, then yesterday Plex announced some pretty big news. In fact, the more Plex-oriented you are, the better the news was. To sum up, Plex has now begun offering free live TV to its Android TV users. This is not an Android TV-exclusive feature, but along with iOS, Android TV was the first platform that the new feature is being debuted on. Plex has already confirmed that it will come to Android mobile sometime in July, as well as various other platforms, including Amazon Fire TV, PlayStation, and so on.

So here are the details on the new Plex live TV service. First off, you do absolutely have to be a Plex Pass subscriber, which is the recurring payment type of user. So if you have purchased the Plex app from the Google Play Store for a one-off cost, then that sort of access will not permit the use of the free live TV service. As for the price, Plex Pass is available for $4.99 per month as standard. If you opt for the yearly payment scheme, then the price comes in at $39.99 – essentially dropping the monthly cost down to about $3.30. While, Plex does also offer a ‘lifetime’ pass, which as you might expect, means a single one-off payment and you are done. This option is currently available for $119.99. Sign up.

So basically for about $5 (or less) per month you can now gain access to a bunch of live TV content. However, it is important to understand that this is not regular (as in cable) TV content, and instead, is access to live local content, including news and sports. So another factor to consider is what sort of channels you can get where you are. If you live somewhere that does not pick up good or solid local signals (for whatever reason), then this might not be the best solution for you. If, however, you do pick up decent signals where you are, then (dependent on locality) you can expect access to the likes of ABC, CBS, CW, FOX, and NBC, among others.

Of course, you don’t actually need Plex to gain access to these OTA channels, as they are broadcast freely, anyway. But with Plex, the service brings together the reception of those signals, with a dedicated and intuitive program guide, and also allows you to record shows. Which is probably one of the main points on offer with this service. As once all setup, you will essentially be able to control the content you are getting via OTA, including watching when you want, and even being able to watch recorded content from anywhere in the world, and on any of your Plex-connected devices. So if you go abroad, you will still be able to watch your recorded OTA content using your smartphone or your laptop. 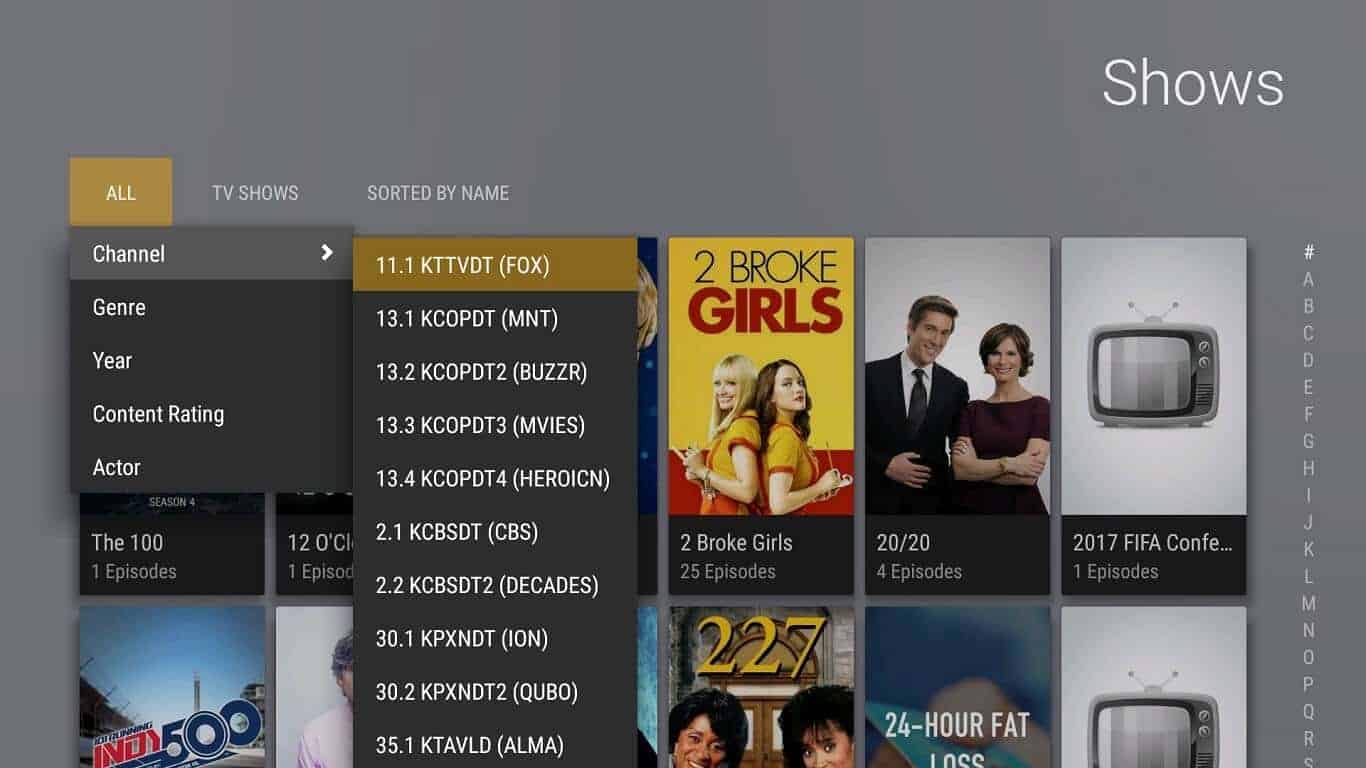 To get started, besides the actual Plex Pass subscription, you will need two specific pieces of hardware – that is, in addition to an actual Android TV device. The first is an aerial or antenna. This is what will pick up the OTA signals in the first place. These antennas can be picked up from a number of places and start at fairly low prices (from under $10). However, you do have to choose carefully when it comes to antennas, as these often differentiate based on their range. For instance, some antennas will offer a range as low as 10 miles, while others will offer a range up to 100 miles. The one you need, will be dependent on your location, and how far away you are from the towers where the OTA signals are being broadcast from. For most people, a 35 or a 50-mile antenna is usually a good minimum bet.

The other piece of kit you will need is a digital tuner. This is what essentially helps with the initial signal reception and recording of that signal. At the moment, tuner compatibility with Plex’s new service is a little limited, but the company has confirmed it will be expanding tuner compatibility over time. At the moment, some of the best options include HDHomeRun tuners, the WinTV-dual HD 1595, and the AVerMedia AVerTV Volar Hybrid Q H837. Of the three, the Volar Hybrid Q is the most affordable (about $50), although it is also the least useful. This is a single tuner which means you will only be able to watch one channel and record that channel you are watching. In contrast, the other two options come with dual tuners. Which effectively means they offer two TV services on the go. You can watch one channel normally, while also recording another channel. So for that reason, the AVerMedia AVerTV Volar Hybrid Q is probably not the best option to go for, as it does not take full advantage of what is on offer now with Plex. The WinTV-dual HD 1595 on the other hand is priced only slightly higher ($65-70) and for the slight increase, you are getting a much more effective product. This is also a fairly compact option as (like the Volar Hybrid Q) the WinTV-dual HD 1595 is a USB dongle type of device. Once plugged directly into the USB port on your Android TV device, you are good to go. In contrast, the HDHomeRun tuners are a lot more box-like as they are standalone devices, which will then need to be hooked into your existing setup. On the plus side, they do typically offer more features, although, they do also come in at a higher price. The most affordable option being the HDHomeRun Connect which comes in at $99.99. So the decision will be based on what you need. The cheapest option at present is a single (one-channel) USB dongle solution, the middle option is a dual-channel USB dongle solution, while the most expensive option is a standalone unit, but feature-rich solution. All things considered though, the WinTV-dual HD 1595 will likely be the best option for most Android TV device owners. 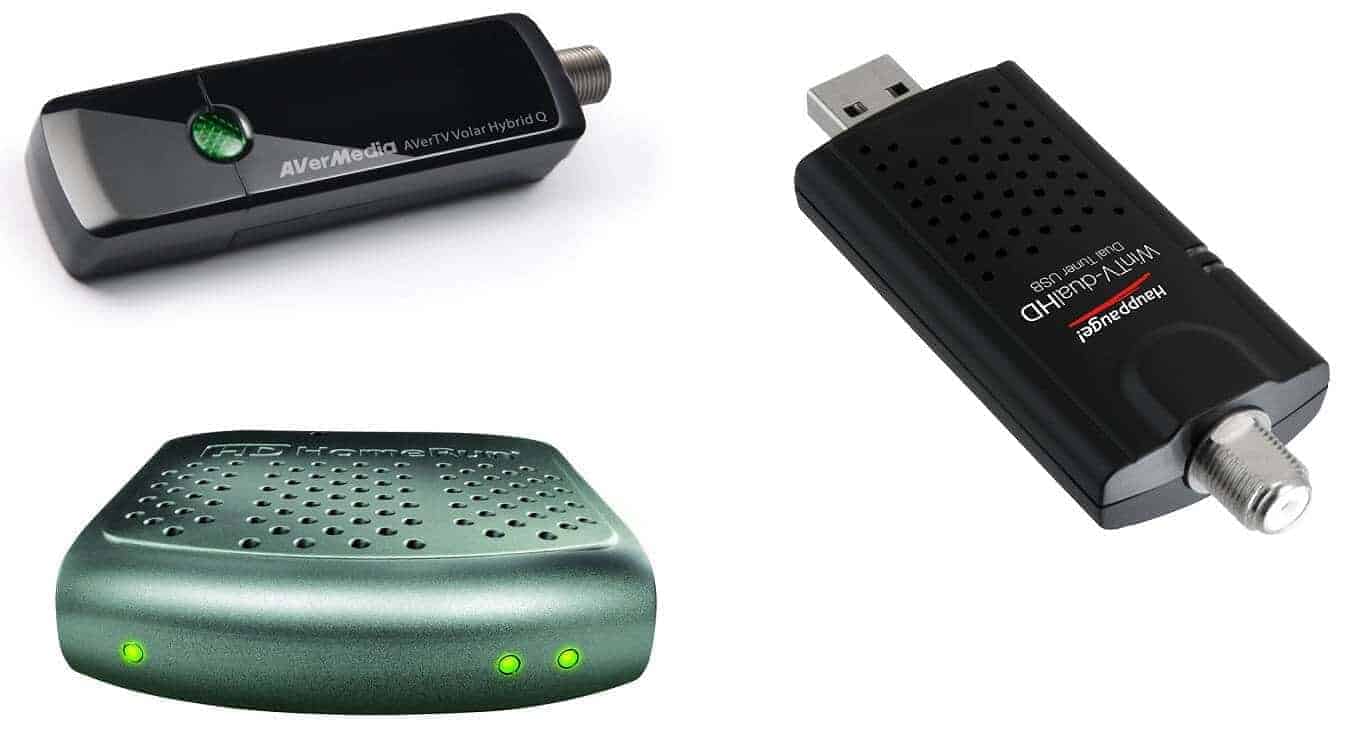 Once you have all the necessary hardware, then you will need to have the software updated on your Android TV device to fully get going. This not only includes the most recent version of the Plex Android app, but very likely also an update from your Android TV device manufacturer. Which, if the case, could prove the issue for some – as some manufacturers are quicker at rolling out these updates, than others. At present, NVIDIA is the only manufacturer who has outright said it is rolling out a Plex-supported update for the SHIELD Android TV, and that update is already en route. So keep an eye on your Android TV device manufacturer’s site for more details on what sort of update is required for your particular Android TV device. One last important point to note, and especially for those looking to record content via Plex, you will need to have some way of storing that content. If your device already comes with a large enough internal storage, then you might be fine. Alternatively, if you make use of cloud storage then that will also likely work out okay. Although, this will depend on how much content you plan on recording. If you go all-out on recording, then storage will get eaten up pretty quickly, so you might need to look into ways to make sure of expandable storage.