Android Nougat has now hit 9.5 percent of Android devices as of Google’s most recent Android Distribution numbers. These numbers come from data that Google has collected over the past week ending that week-long period today, and so far marks the most that Nougat has ever been adopted since its launch last fall. Compared to last month’s 7.1 percent of the Android OS adoption this is a decent increase, though it is also a slightly higher increase from the month of April to May, which saw an increase from 4.9 percent to last month’s 7.1 percent and was only a 2.1 percent jump, whereas last month to this month was a jump of 2.4 percent more users running on Android Nougat.

The largest portion of that is of course those users who are on a device that is running with Android 7.0 Nougat, which holds a total of 8.9 percent of the user adoption rate, leaving a much smaller number of the Android population that is on Nougat actually being on Android 7.1 as this amount of users has only reached o.6 percent. That number is still likely to grow as the months go on but the closer and closer it gets to the Fall release of Android O, the Pixel and Pixel XL and a handful of other smartphones will be moving to Android O soon enough.

Lollipop devices still have the largest amount of users, but those numbers are decreasing as Android 5.0 was as at 8.7 percent of users last month and Android 5.1 was at 23.3 percent, but this month those numbers have dropped to 8.2 percent and 22.6 percent respectively. Marshmallow adoption has seen no growth at all over the past month, staying firmly at 31.2 percent of the Android user share which is exactly where it was in the beginning of May. Perhaps not shockingly the number of Android users that are still on a version of Gingerbread is declining as well. Last month Gingerbread users were at 1 percent even, and this month Gingerbread users have dropped to 0.8 percent. Eventually the number of Gingerbread users will be low enough to drop off the list entirely as Google doesn’t show any version on the list that have an adoption of less than 0.1 percent. When that times comes users on Ice Cream Sandwich won’t be far behind as ICS also sits at just 0.8 percent of users this month, which is also no change from May. 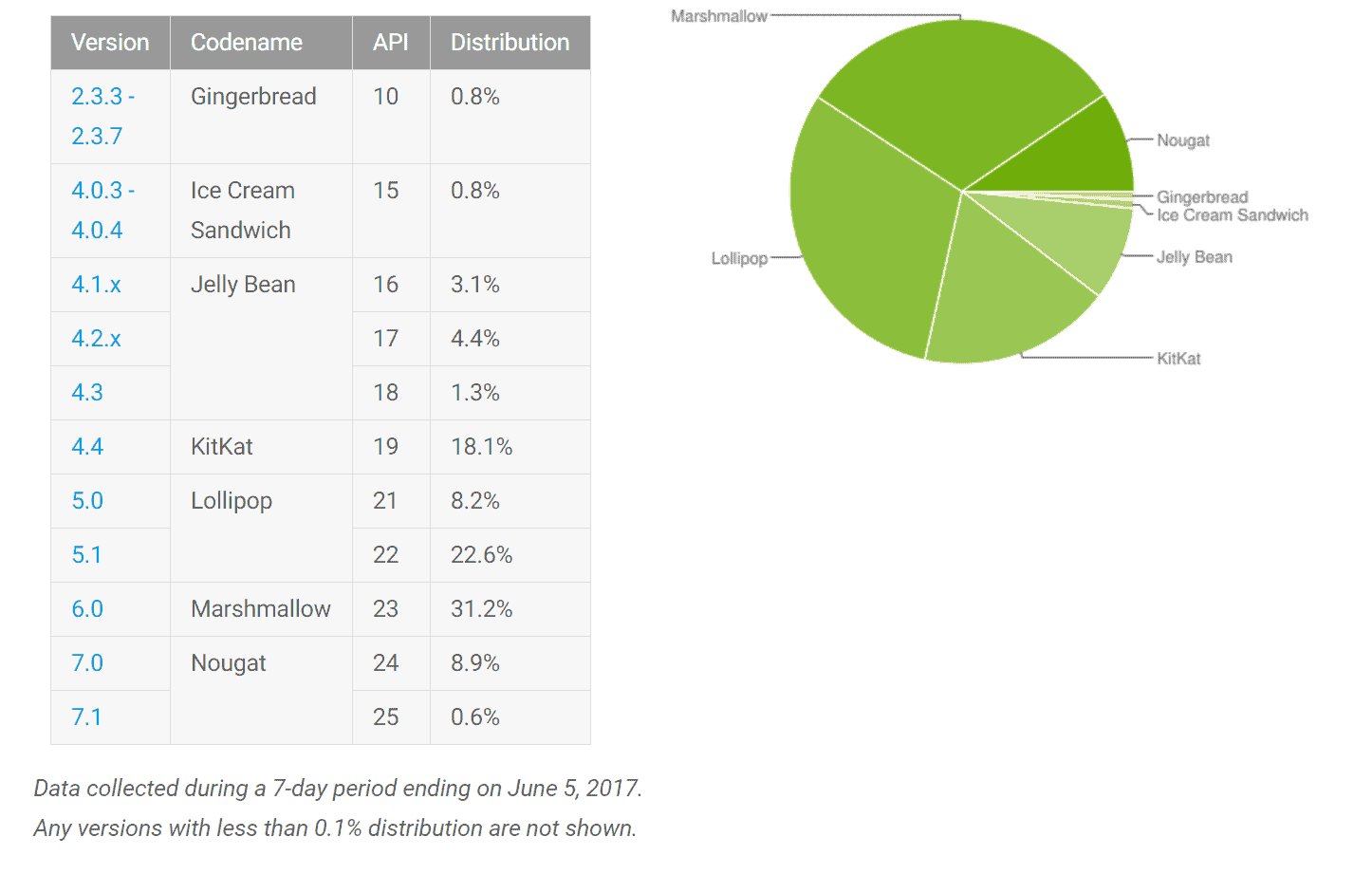