Skip to content
Advertisement
Trusted By Millions
Independent, Expert Android News You Can Trust, Since 2010
Publishing More Android Than Anyone Else
42
Today
188
This Week
928
This Month
8199
This Year
125682
All Time
Advertisement 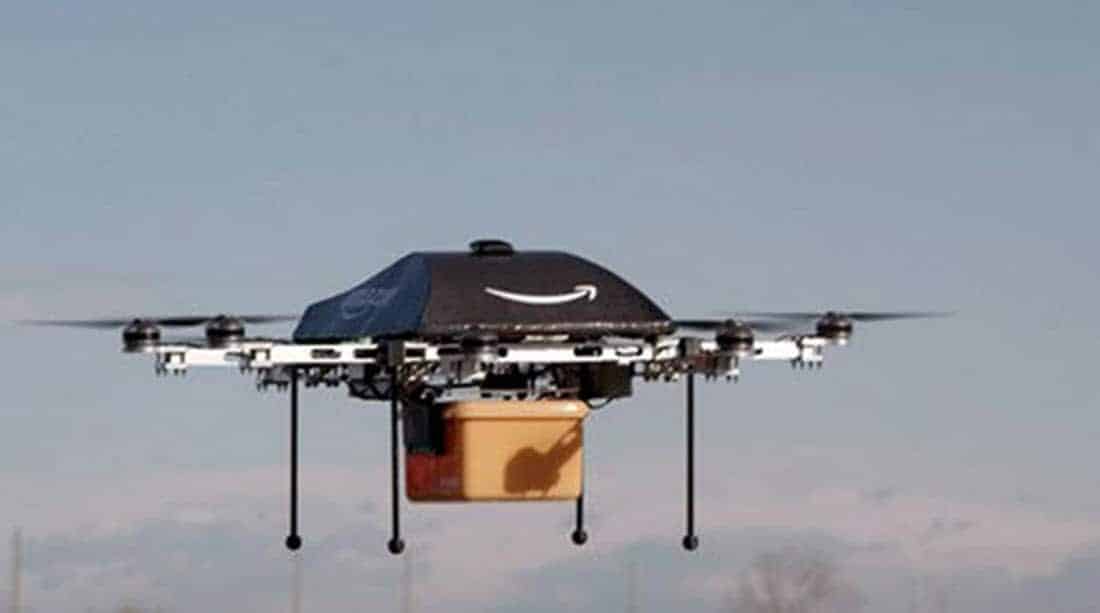 Amazon filed a new patent which describes the company’s vision for making the drone deliveries a lot more efficient. One of the biggest challenges which the company is facing right now when it comes to drone delivery is how inefficient it is, due to the distance a drone has to cover to deliver a package. Most of the current warehouses are located on the outskirts of the cities due to a large amount of space that is needed. However, Amazon is planning to replace these huge warehouses with multi-level fulfillment centers.

These multi-story centers will be tall vertical establishments, and hence they won’t need as much space as the current warehouses do. This would essentially allow them to be placed within the vicinity of the largely populated places or the locations where the packages need to be delivered. So essentially Amazon envisions tall establishments that might look like huge beehives with drones flying in and out of them. The new patent which the company filed shows some sketches of these differently shaped buildings and also gives us an idea of how they will look from the inside with humans working with these drones. However, it is worth noting that having these kinds of establishments within the city has its advantages and disadvantages.

Having high rise building means the drones won’t fly close to the pedestrians at street level. However, having so many drones flying in and out of one building is going to have its issues. It could get very noisy, considering the number of drones that will be taking off and landing at the same time. People living nearby might have a tough time catching some sleep peacefully. Above all, these drones might fail during flight and start falling out of the sky as well. Apparently, Amazon has talked about a few solutions for these issues in the same application. The company plans to implement a custom rotor design to cut down the noise. It also plans on having multiple sets of rotors and motors as a backup, so that if one fails, the other one can take over. All these ideas might sound fascinating, but it could be a while before Amazon manages to make this a reality. 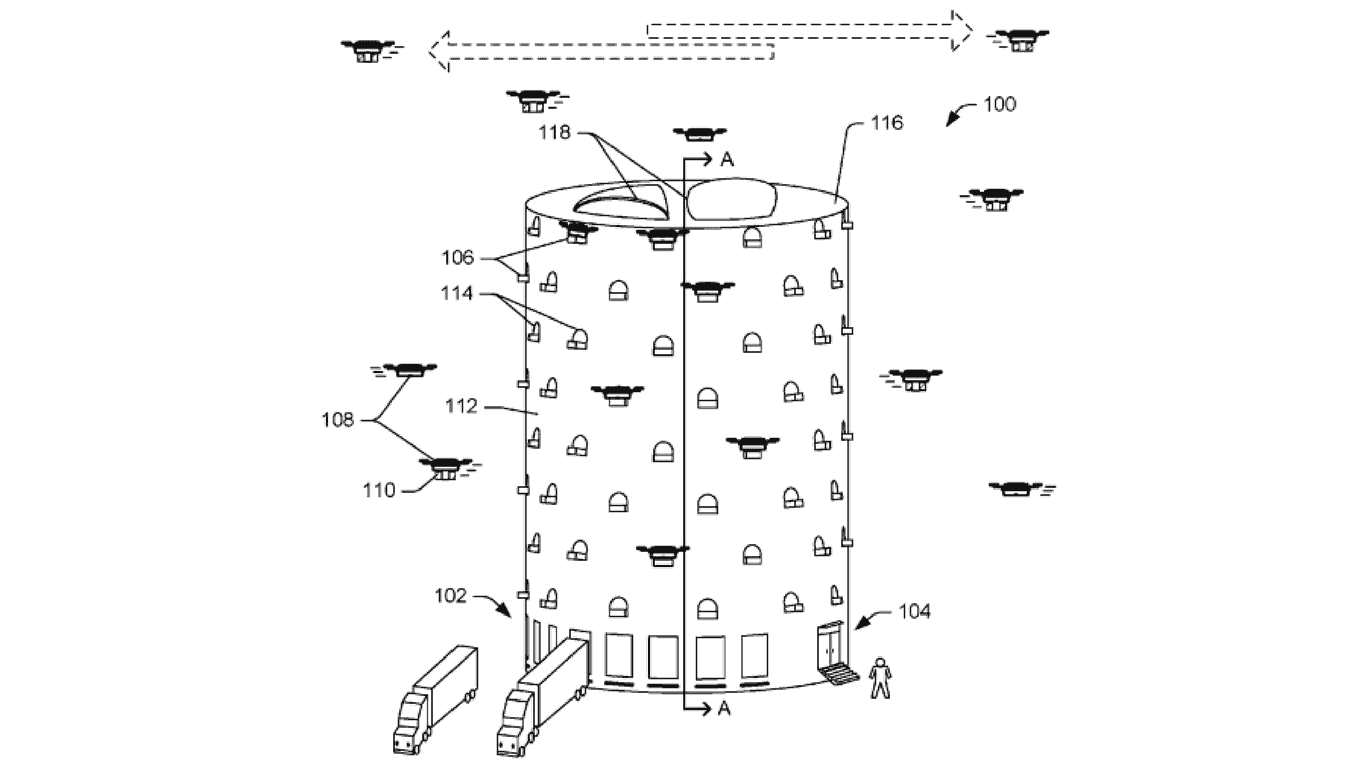 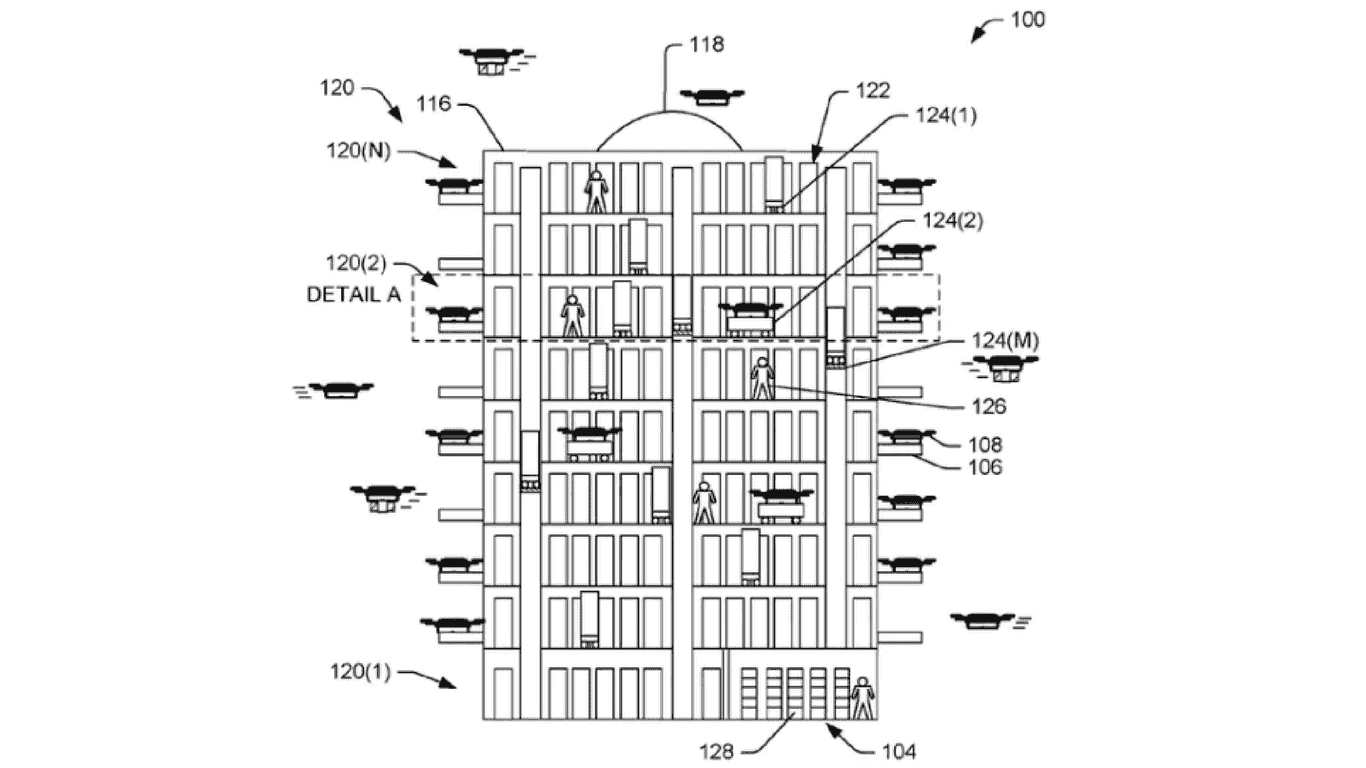