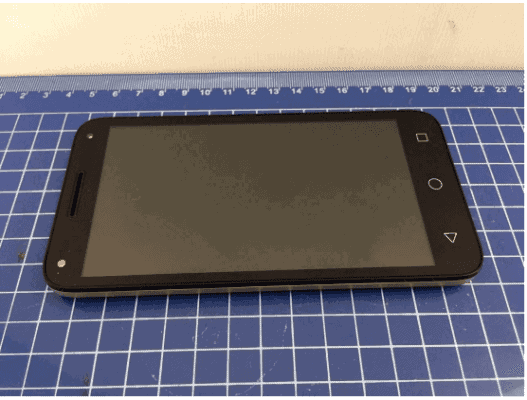 A new Alcatel-branded smartphone has made it through the FCC, with the device bearing the model number 4047G. Based on the device's appearance, it is likely that the TCL-manufactured handset as a model of the Alcatel U5. The Alcatel U5 is a smartphone designed for kids and teenagers, with colorful themes dominating the user interface. Based on the test reports submitted by TCL, the Alcatel 4047G is likely to support Bluetooth Low Energy and Wi-Fi connectivity but the latter only working on the 2.4GHz band. Meanwhile, there is no word on LTE support though the test reports have stated that the device will be capable of connecting to 2G and 3G networks. Still, owners of the device may still connect their devices to 3G networks for a usable mobile data connection.

Documents that got submitted to the FCC also include photographs of the internal and external hardware of the device. The external photographs of the device highlight the similarity of the test model with the Alcatel U5. One of the most prominent features at the front of the device is the quite large capacitive keys below the 5-inch display. Above the display are an earpiece and the front-facing camera. At the top of the device, a 3.5-millimeter headphone jack is present while at the opposite end, the microUSB port for data transfer and charging is located. At the right-hand side of the device, users can find both the volume rocker and the power button. At the back of the device is a single rear camera and flash below the camera. The removable 2050mAh battery, microSD card slot, and SIM card slot can all be accessed after removing the back cover.

Photographs of the internal hardware of the device give some clues on the internal specifications of the device. The chipset has some markings that identify the SoC as MediaTek MT6580. The said chipset is comprised of a quad-core 32-bit ARM Cortex A7 CPU and Mali-400 MP graphics processor. Given that the device has been tested by the FCC, it is highly likely that consumers in the United States will see the device on sale within the next few weeks.