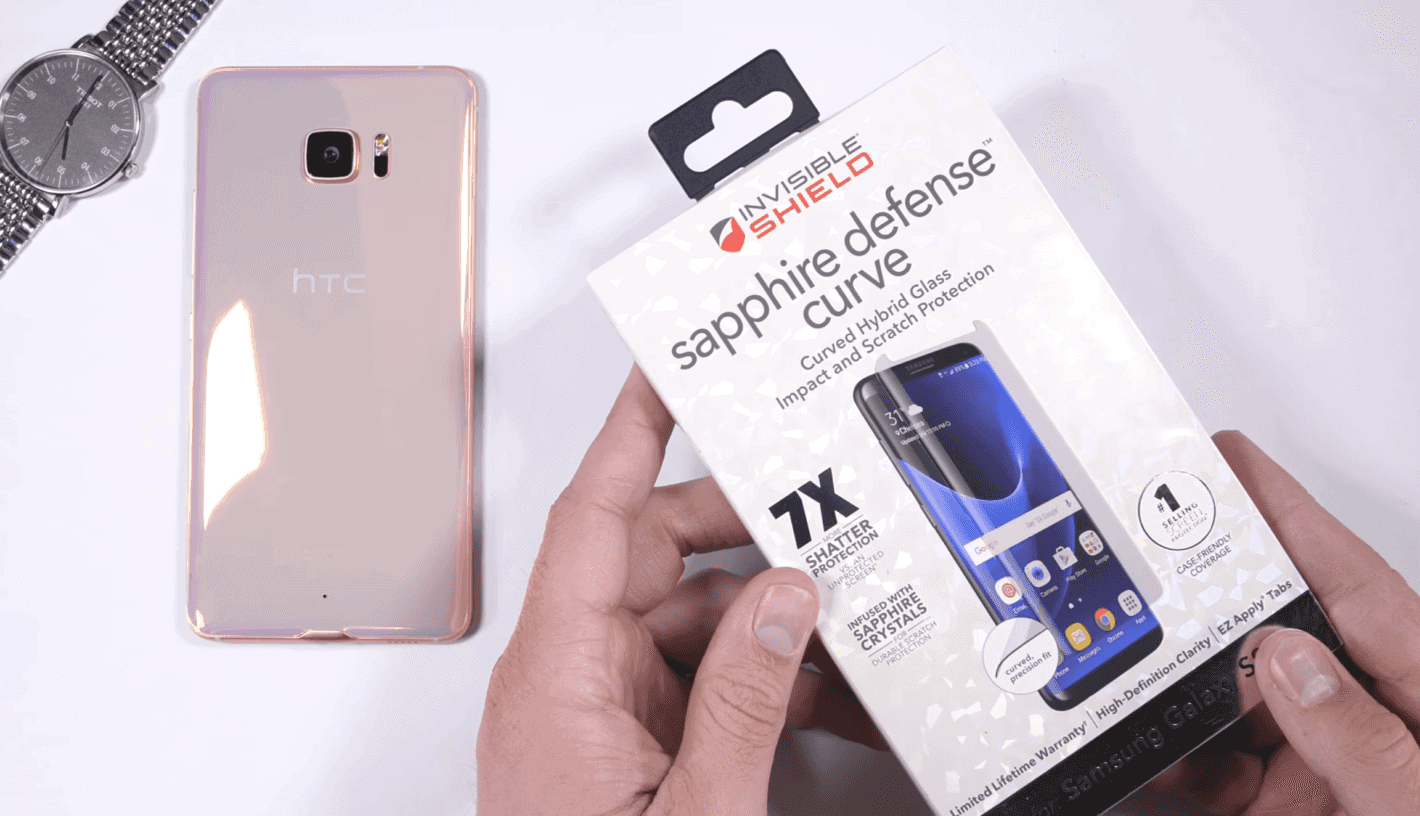 Zagg's hybrid screen protector gets put through a scratch test by JerryRigEverything in his latest YouTube video, and things don't necessarily go well for the product in terms of durability, which is a bit shocking and perhaps even a bit disappointing since it costs $50. To be clear, the product tested is the hybrid glass screen protector for the Samsung Galaxy S8, officially called the Invisible Shield Sapphire Defense screen protector which is supposed to incorporate sapphire crystals into the build makeup of the screen protector to help it prevent scratches, and is boasted by Zagg to have "unparalleled scratch protection."

In the video the hardness scale is used to measure the level of hardness at which the screen protector is scratched and it's compared to the likes of the HTC U Ultra special edition model which comes with a Sapphire Glass display, as well as a TISSOT watch which also comes with sapphire glass on the face of the watch. If you're not keen on watching the video below to see where things fall, the Galaxy S8 screen protector from Zagg scratches at a level 3 on the hardness scale while the HTC U Ultra and the TISSOT watch scratch at a level 8 and 9, which according to JerryRigEverything is where sapphire glass should fall on the scale when it comes to scratches.

The matter isn't helped when the screen protector is lit on fire to see if it melts, and perhaps unsurprisingly it catches fire and begins to melt just like it would if it was made of plastic. While there is no doubt that Zagg puts out some great products that do a great job of protecting the displays of smartphones and the like, their products are also expensive, and the Sapphire Defense model is the most expensive they've ever put on the market so buyers may want to exercise caution when considering it for their own device. For uninformed customers who may be looking at the Sapphire Defense screen protector for their own Galaxy S8, this video would suggest that it's a much better idea to go for something less expensive as not only will you save money, but chances are the scratch protection will be pretty similar.