Advertisement
WhatsApp has launched its latest feature for its app on the Android platform, and it comes in the form of pinned chats. With this new feature, users of the instant messaging app are allowed to select a conversation and pin it to the top of their chats, meaning the said chat will always be at the top when the WhatsApp app is opened. At the moment, users are allowed to pin up to three chats, and these can be any chats, be it individual or group chats.
The rollout of the new feature has already begun worldwide and users should be receiving it in the coming days. If your WhatsApp app hasn’t automatically updated itself, you could head to the Play Store to check for the said update along with the new feature. The pinned chats feature was previously spotted in testing earlier this month in WhatsApp beta, but it is now available for all WhatsApp users on Android. The feature is pretty simple to use, just like many other features on WhatsApp. In order to use the pinned chats feature, simply tap and hold the chat you would like to pin and a number of icons will appear on the top right hand corner of the screen. Tap the pin icon and the chat will move right to the top of the chats. The chat will remain at the top no matter what other messages you receive. You are also able to unpin the chat just as easily, and this can be done by once again tapping and holding the chat, which will give you a number of options. Simply select the unpin icon and the chat will move down the chain of threads, in chronological order.
This new feature is pretty useful for people who are very active WhatsApp users and constantly receive new messages as they can now simply pin their favorite chats instead of scrolling through to find the said chat. WhatsApp has been constantly updating their app ever since its inception many years back. One of the latest updates include the Status feature which allows users to post a picture for all their contacts to view. Similar to Snapchat, the picture will be automatically removed after a 24-hour period. The Facebook owned platform is also rumored to be gearing up to launch a mobile payment solution through the app itself, though an official release date has yet to be confirmed. 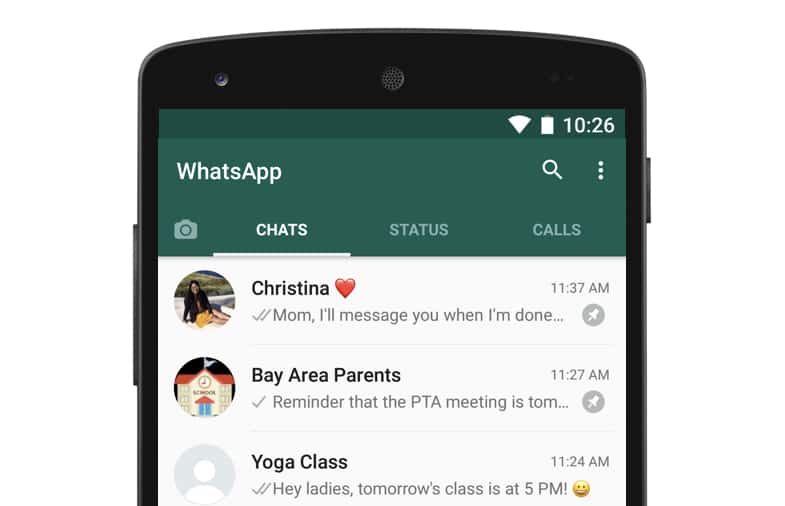