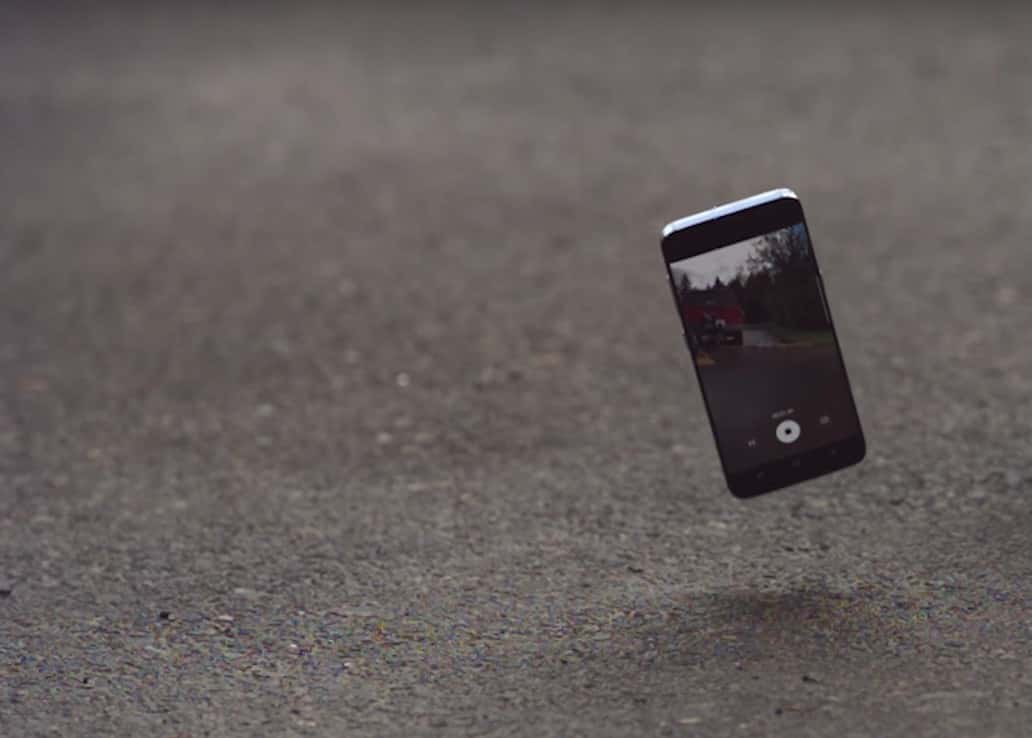 This video comes from GizmoSlip, and the Galaxy S8 is being dropped in three different ways in this video. If you check out the video clip, you’ll get to see the Galaxy S8 dropped on its back, on its side, and on its front. The technique here is quite interesting, the back and front drop is performed with some help from the Galaxy S8’s retail box, while the side drop is done the usual way, by holding the phone in hand and then dropping it on its side. Anyhow, the Galaxy S8 is made out of metal and glass, and is made to be premium, not durable, and the video down below offers results that all of us might have expected. If you drop the Galaxy S8, chances are its glass will shatter. The back side drop resulted in some spiderwebbing, though the phone survived and remained fully functional. The side drop did not do anything to the phone’s glass, but the corner of the device got scuffed up pretty badly. Now, the Galaxy S8 survived the drop on its display as well, but the phone’s glass on top of the display did shatter, in four different places, including glass on top of its front-facing camera.

Now, some of you might have expected the phone to be completely ruined after three drops on the cement, but the Galaxy S8 remained functional, which is quite interesting. Having said that, we would not recommend you dropping this phone at all, as it’s not exactly a rugged device, and your results may vary, of course.