In what appears to be a marketing error, Verizon is apparently sending e-mails to its customers to trade in their unlocked Pixel XL smartphones for Verizon models of those very same devices at a $300 discount. That’s according to Redditor ‘CapnShinerAz’, who posted a snapshot of the e-mail he claims to have received from Verizon earlier this week. The poster apparently bought an unlocked, pre-owned Pixel XL for $600 merely two weeks ago, and activated it on Verizon. However, carriers obviously don’t seem to like it much when their subscribers use unlocked handsets that give them the option of jumping ship and signing up with their competitors, which is why he is now seemingly being contacted by Verizon through email promotions to trade in the unlocked device for a carrier-locked one. It is funny, however, that the carrier failed to notice how the customer was already using the device he was being prompted to upgrade to.

The Google Pixel and Pixel XL are two of the best smartphones money can buy, and most people buying them prefer to get the unlocked versions that are compatible with many LTE networks not just in the U.S. but around the world. While the upfront payment for unlocked devices is almost always significantly higher, the benefits of getting an unlocked device far outweigh the negative of having to pay the extra few hundred dollars upfront. People who put down the extra cash upfront more often than not do so deliberately, and are unlikely to be swayed by carriers offering them discounts to trade in their unlocked devices for carrier-locked models that offer very little by way of customization, come with pre-installed carrier app, and in most cases are often late to receive updates.

Verizon’s desire to lock in its customers is understandable. The company can ill-afford to keep losing customers every month, like it has been doing of late. In its quarterly earnings report for the first three months of this year, the carrier reported losing 307,000 net retail postpaid subscribers in the face of stiff competition from T-Mobile, whose colorful CEO and his in-your-face marketing style has managed to change the face of the American telecom industry over the past few years. It will be interesting to see what Verizon does to keep its flock together, but discount offers to trade in unlocked Pixels for locked ones will surely not help its cause. 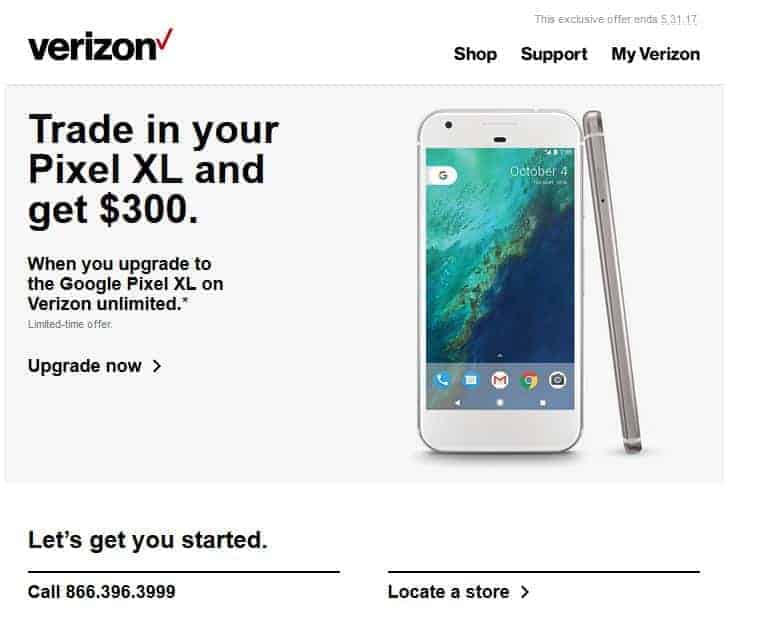