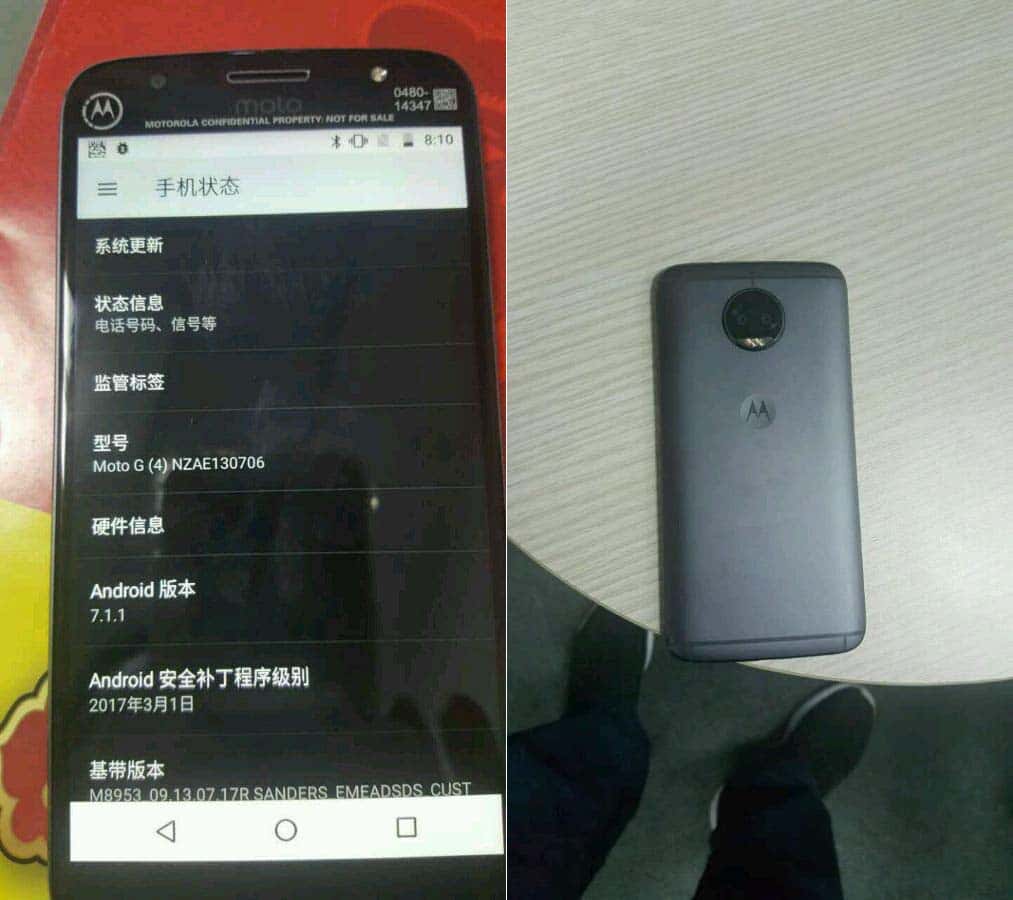 Two new real-life images of a device that’s said to be the new Moto G5S Plus have leaked online on Friday, having originally appeared on Chinese social media platform Weibo. The handset depicted in the photographs that can be seen above boasts a gray matte finish that’s believed to be one of the four color variants of the upcoming mid-range device. The overall design of the smartphone shown in the new leak is virtually identical to the one depicted in a set of alleged promotional renders of the Moto G5S Plus that have emerged online earlier this week. While the subject of the latest leak may also be the Moto G5S, one differentiating factor between the two models is their primary camera setup as the Moto G5S Plus is said to be the first Motorola Mobility-made handset with a dual-lens rear camera with a dual-LED flash unit, while its smaller and somewhat cheaper counterpart should sport a conventional single-lens main camera setup.

The Moto G5S Plus is one out of seven more smartphones that the Lenovo-owned consumer electronics manufacturer is expected to launch by the end of the year. The company’s entire product lineup was leaked earlier this month, indicating that Motorola is looking to position the Moto G5S and Moto G5S Plus as the ultimate mid-range offerings that offer optimal value for money. The upgraded variant of the Moto G5 is said to feature a 5.5-inch display panel with a resolution of 1920 by 1080 pixels, presumably protected by 2.5D glass. Previous reports indicated that the handset will be powered by an eight-core processor from Qualcomm that’s possibly the Snapdragon 625, i.e. the same piece of silicon that was powering the Moto G5 Plus. The smartphone is expected to ship with a slightly modified version of Android 7.0 Nougat that shouldn’t be radically different from a stock Android experience. Finally, Motorola’s upcoming handset is expected to be available in Gray, Gold, White Gold, and White Silver.

Industry insiders previously claimed that the Lenovo-owned phone vendor may announce the Moto G5S Plus in early June, adding that the device will be more expensive than the Moto G5 Plus, another mid-range smartphone that was released earlier this year, starting at $229.