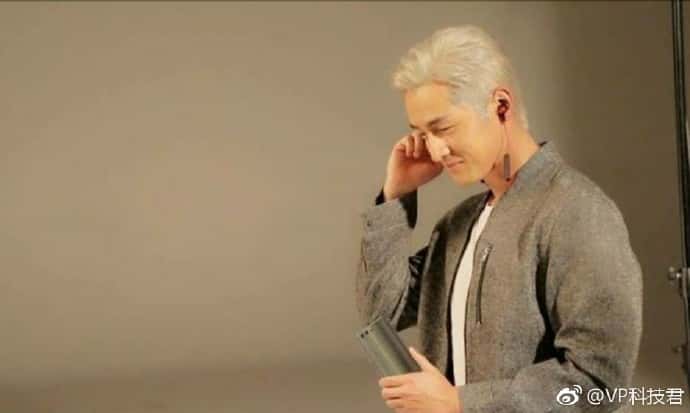 Honor’s upcoming flagship smartphone, the Honor 9 has leaked and this time around, an image of the purported device being held by a model can be seen. However, only the rear of the device can be seen, and the color of the device seems to be grey, and not the popular Sapphire Blue color which was featured on the Honor 8. The image of the upcoming Honor 9 first surfaced on popular Chinese microblogging website, Weibo, and the absence of a rear fingerprint scanner can be clearly seen. On top of that, the rumored smartphone can be seen sporting a dual-camera setup on its rear, just like its predecessor. Other than that, not much detail can be seen from the leaked image.

This isn’t the first time the Honor 9 has appeared in leaks, as just over a month back, renders of the smartphone surfaced online. In those renders, the front and rear of the device could be seen and it featured a fingerprint scanner on the front, which will likely double as a home button. Honor seems to be following in the footsteps of Huawei, which has also changed the placement of the fingerprint scanner on its flagship smartphones, moving it from the rear to the front. If this change is indeed done by the Honor brand, it will not be surprising as Honor is after all a sub-brand of Huawei, and decisions made by the latter company usually affects Honor.

As for specs, the Honor 9 is rumored to come packing a larger battery compared to its predecessor, which will likely be over 3,000mAh. The device may also lack a 3.5mm headphone jack, a trend which has been growing among smartphone manufacturers in recent times. The dual-camera setup on the rear of the Honor 9 will likely consist of a 22-megapixel shooter for colors, while a 12-megapixel shooter will handle black and white colors. The Honor 9 is reported to be launching on June 21, and its pricing will start from $362. More details of the upcoming flagship smartphone of the Honor brand will likely be available in the coming weeks, but it is best to take all leaks with a pinch of salt, unless confirmed by an official source.