Now, in addition to that rumor, the source also shared a sketch of the device. Now, we’re not sure if this is the device itself, or just a random sketch, to be quite honest, as the source did not elaborate on that, but the phone that is showed off sports two camera sensors on the back, and an LED flash is placed in-between them. That is pretty much all the info that the source shared, so all we can do at this point is wait for Samsung to reveal more info. Several Galaxy C-branded phones got introduced back in May last year, so we’re expecting next-gen phones to launch before the end of this month, which means we might see the company’s first dual camera smartphone in the near future. 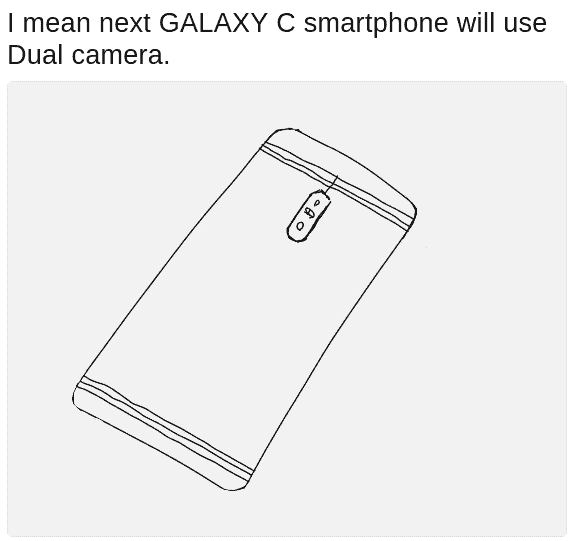