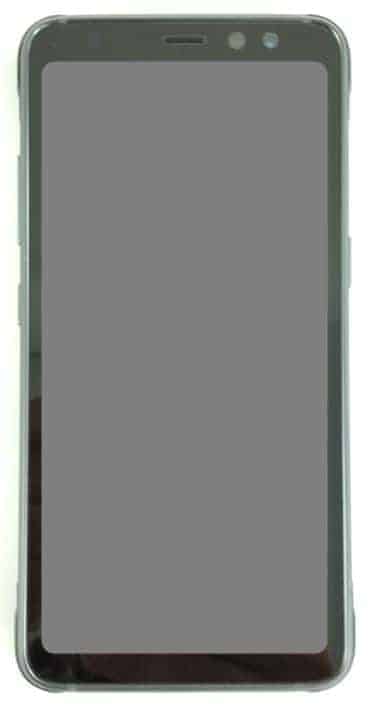 An image of the rumored Samsung Galaxy S8 Active has appeared on the website of the Wireless Power Consortium and it comes with the model number SM-G892A. If legitimate, the image is the first look at the rumored device and while it does bear some resemblance to the regular Samsung Galaxy S8 and Galaxy S8 Plus, it does have its own differences. For starters, it doesn’t have a curved screen and is instead equipped with a flat display while its bezels are also significantly thicker. On top of that, the device has a thicker case which will likely make it more durable and resistant to mechanical damage.

As this is the Active version of the Galaxy S8 series, the smartphone is expected to improve on the dust and water resistance boasted by the original models. It is also likely that the Galaxy S8 Active will be equipped with a body certified in accordance with Military Grade (MIL STD-810G) standards. Specs-wise, the Galaxy S8 Active will probably sport identical internals to the regular Galaxy S8. This includes a 5.8-inch AMOLED display panel and the Qualcomm Snapdragon 835 processor. An Exynos 8895-equipped variant of the handset is unlikely seeing how the device is widely expected to be an AT&T exclusive that won’t be sold outside of the United States. The phone is said to sport a 12-megapixel shooter on its rear panel, while an 8-megapixel camera will be hosted by its top bezel. The Galaxy S8 Active may pack a battery with a larger capacity compared to the regular Galaxy S8 if Samsung sticks to the trend it has been following with previous smartphones from the Galaxy S Active lineup, and recent rumors have suggested that the device will pack a 4,000mAh battery.

Previously, the rumored Galaxy S8 Active was certified by the Wi-Fi Alliance, bearing the same model number as the device which appeared today on the Wireless Power Consortium, indicating that the launch of the device is not too far away. More details about the availability and pricing of the Galaxy S8 Active will likely be available in the coming weeks.