Skip to content
Advertisement
Trusted By Millions
Independent, Expert Android News You Can Trust, Since 2010
Publishing More Android Than Anyone Else
6
Today
60
This Week
557
This Month
4567
This Year
114595
All Time
Advertisement fSony’s Xperia XZs is getting a new update over the air that will bring its security patch level up to May 1. The update is relatively small, weighing approximately 100MB, and should bring your device’s build number up to 41.2.A.0.235. The update also gets rid of the “Tap to wake” function, so those who use it should take note. This should help prevent annoying pocket wakeups, though some users do prefer the option of using the power button to wake their device. No other changes are being reported as of this writing. The update should be live for both the single SIM and dual SIM models of the Xperia XZs.

The May 1 patch is not as complete as the May 5 patch that followed it but does include a number of critical security fixes. While some may have their reasons for not wanting to install the update, doing so is pretty important to stay on top of security bulletins. This particular security bulletin includes fixes for vulnerabilities in Android’s MediaServer that allow remote code execution, as well as numerous privilege escalation vulnerabilities. The list is far longer than that and includes remedies for a wide variety of critical security issues that were recently discovered in Google’s open source operating system. The removal of the “Tap to wake” feature in this update should also improve the battery life of your device to a degree.

Since the software package is currently be distributed to all compatible devices, users are able to install it just like any other update. As always, you should make sure your device is either charging or has plenty of battery left and is connected to a Wi-Fi network before you initialize the download. Users who still haven’t received a system notification telling them that the update is available should head to the Settings app of their Xperia XZs, navigate to the “About phone” section and tap the “Software updates” option on the following screen. Sony is expected to continue updating this device with Android security patches on a consistent basis, and more details on the upcoming software for the smartphone are expected to be available shortly. 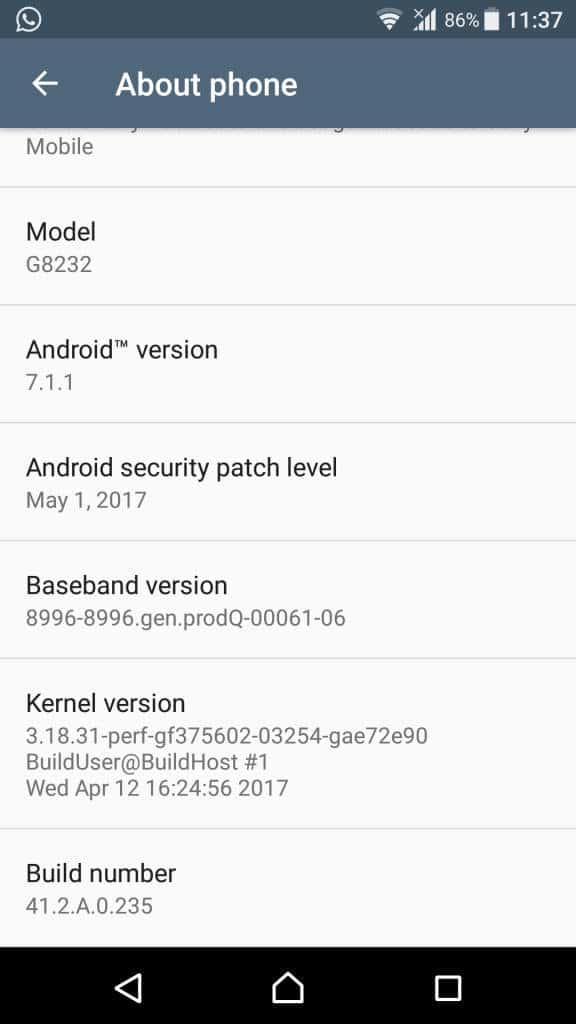