Sony will release two more Android flagships by the end of the year, the Japanese consumer electronics manufacturer revealed during an investor conference held in Tokyo on Tuesday. The company’s presentation from the conference covered all of its businesses, many of which are expected to post record profits in the fiscal year 2018 ending next March, and Sony specifically highlighted its smartphone unit as one division that has recently returned to profitability thanks to a new, significantly more streamlined product strategy. While the company confirmed that it’s planning to release two new high-end devices in the second half of 2017, it didn’t reveal any more details on the matter.

It’s currently unclear whether the upcoming smartphones will directly succeed the Xperia XZ Premium, though that doesn’t seem likely given how Sony’s latest Android flagship has yet to be officially released in most parts of the world. The company traditionally announced Xperia-branded smartphones at the Berlin-based IFA show that’s starting on September 1 this year, so it’s possible that Sony is planning to unveil at least one of the upcoming flagships in Germany. Seeing how the firm’s Xperia XZ Premium is being released in the middle of the year, the other two devices may not compete with it directly and could instead serve as an alternative flagship lineup, something that many other original equipment manufacturers (OEMs) like Samsung and Huawei already have. Sony has recently been opting for relatively early handset announcements, having debuted the Xperia XZ Premium at Mobile World Congress (MWC) in early March, months before the device was scheduled to hit the market. With that in mind, while the two upcoming flagships may be unveiled at IFA 2017, they likely won’t be released until the holiday season, a traditionally lucrative period for phone vendors.

The Japanese consumer electronics manufacturer is also expected to start adopting mobile OLED displays in the near future, and the company recently hinted at releasing a device with an 18:9 aspect ratio, though it remains to be seen whether high-end Xperia devices go through any major design changes this year. More details about the company’s future product lineup and its newfound focus on flagship handsets will likely be available in the coming months. 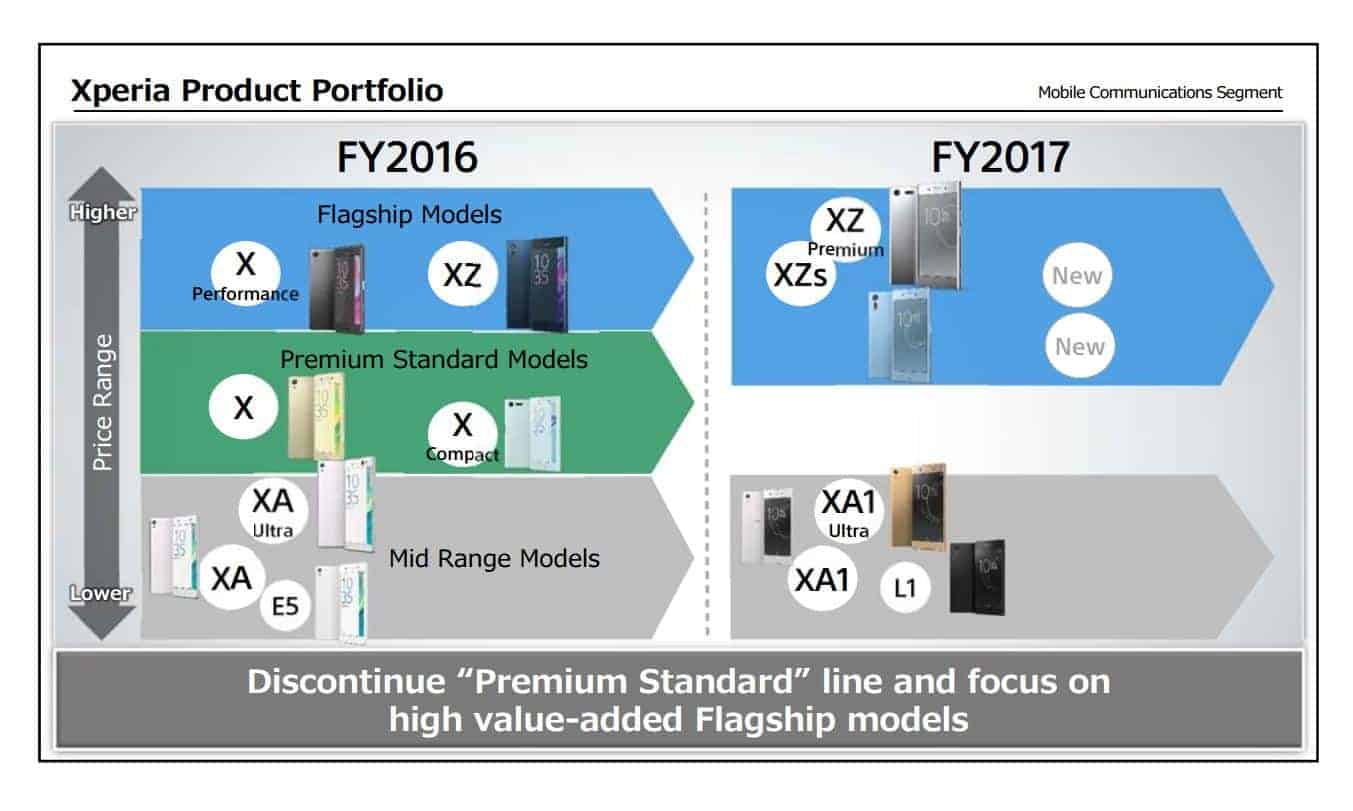