Qualcomm officially took the veil off the Snapdragon 660 chipset earlier this month, disclosing its characteristics and appointing its market launch to an unspecified date ahead of Q3 2017. Exactly how the new chipset will perform in the real world remains to be seen, but today the alleged Snapdragon 660 system-on-chip (SoC) was spotted in the GeekBench database flaunting impressive synthetic benchmark scores, offering a preview of how well Qualcomm’s upcoming upper mid-range SoC might compete with its rivals.

The GeekBench listing of the alleged Qualcomm Snapdragon 660 doesn’t reveal much about the chipset’s characteristics or its name, save for the fact that it incorporates eight CPU cores; four of which operate at a frequency of up to 1.84 GHz. However, it should be noted that the remaining four cores operating in the big.LITTLE configuration should be clocked at up to 2.2 GHz each. The apparent prototype device used for testing the Snapdragon 660 is described as “unknown Heart” and incorporates an unknown motherboard, 3GB of RAM, and runs Android 7.1.1 Nougat. As far as the chipset’s performance is concerned, the Snapdragon 660 seems capable of yielding around 1599 points in single-core tests, and 5639 points in multi-core benchmarks. In theory and compared to other chipsets benchmarked on GeekBench, the Snapdragon 660 appears to perform on a level similar to the Qualcomm Snapdragon 820 in single-core tests. As far as multi-core performance is concerned, the chip appears to perform slightly better than the Huawei HiSilicon Kirin 950 but is generally outperformed by the newer HiSilicon Kirin 960.

For an upper mid-range chipset, the Snapdragon 660 seems to hold its own weight brilliantly in these early benchmarks. However, these results remain subject to change and synthetic benchmarks are not necessarily a reflection of real-world performance and user experience. Spec-wise, the Snapdragon 660 was built on a 14nm LPP manufacturing process and features eight Qualcomm Kryo 260 cores, as well as the Adreno 512 graphics chip and an integrated X12 LTE modem. Aside from higher performance compared to its predecessor, the Snapdragon 660 also supports Quick Charge 4.0 and promises better energy management leading to upwards of two extra hours of battery life over the Snapdragon 653. More details on Qualcomm’s latest piece of silicon should be available later this year. 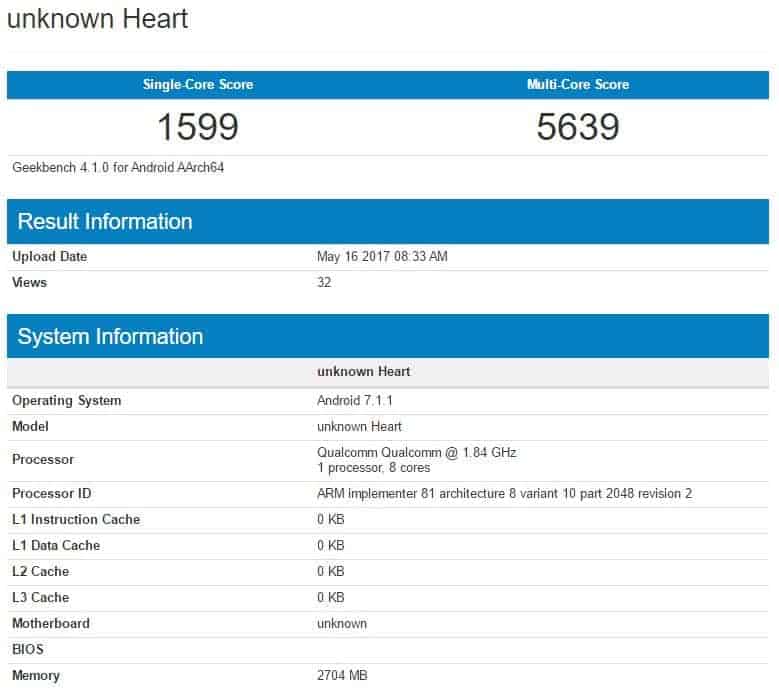