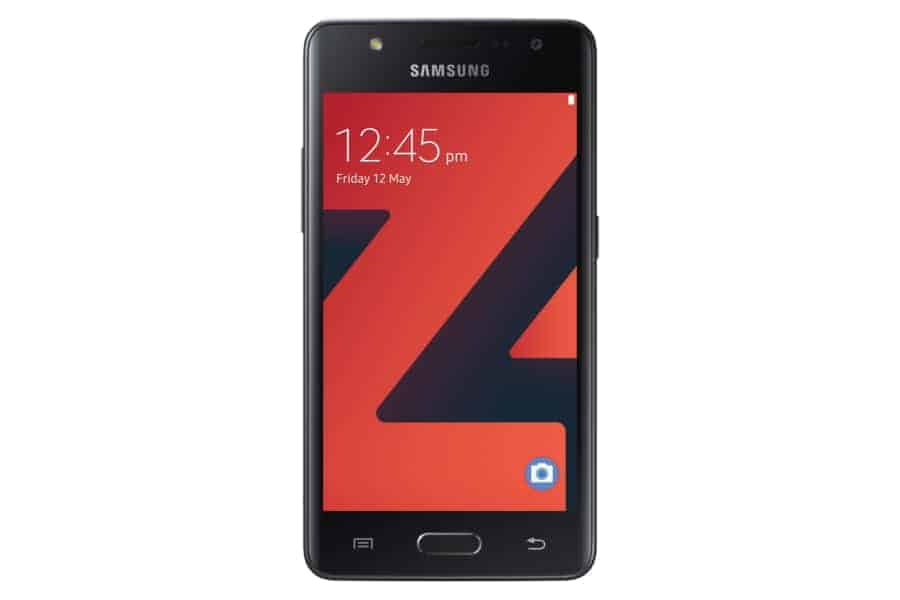 Samsung Electronics on Friday officially announced the Samsung Z4, its first smartphone that ships with the company's proprietary Tizen 3.0 operating system out of the box. The South Korean consumer electronics manufacturer primarily designed the Samsung Z4 for non-demanding users that don't need phones that do much more than make calls, access the Internet, and take solid pictures. The latter aspect is advertised as one of the main selling points of the Samsung Z4 as the device ships with three LED flashes – one on the front and two on the back. The 5-megapixel main camera located on the back panel of the handset is placed in the middle of a dual-LED flash setup, while the 5-megapixel sensor situated in the top-right corner of the device's front overlooks a single LED flash placed on the other side of the phone's top bezel. Both cameras of the Samsung Z4 feature an aperture of f/2.2 and can be used simultaneously with the so-called Video Flip feature that will stitch the feeds from both sensors into a single video file.

The newly introduced smartphone boasts a 4.5-inch display panel with a WVGA resolution of 480 by 800 pixels and 2.5D curved glass, while the device is powered by an unnamed quad-core processor clocked at 1.5GHz, as well as 1GB of RAM. Despite its modest specs, the Samsung Z4 is expected to perform in a reliable manner given how Tizen is a relatively non-demanding OS. The device is 132.9 x 69.2 x 10.3mm in size and weighs 143g, though Samsung curiously hasn't mentioned how much storage space it sports and it's currently unclear whether the phone ships with a microSD card slot. On the other hand, the Seoul-based phone maker confirmed that the Samsung Z4 is fueled by a 2,050mAh battery and features Wi-Fi (2.4GHz b/g/n) and 4G LTE support.

The device will be offered in single-SIM and dual-SIM variants, the latter of which will launch in India where the Samsung Z4 will make its market debut before its availability is expanded to other countries. The exact release date and pricing details on the device are currently unknown, but more information about the handset is expected to follow in the coming weeks.