An unannounced Samsung device bearing model number SM-G892A has been certified by the Wi-Fi Alliance (WFA). As is to be expected, the listing on the WFA document doesn’t really reveal a lot about the upcoming device, but going by its model number, it looks very likely that the device is the Galaxy S8 Active handset that will launch on AT&T later this year. The Galaxy S7 Active, which is expected to be replaced by the upcoming device, comes with the model number SM-G891A and, was released last June. The handset actually has some really decent hardware, as opposed to most of the rugged, all-weather devices that typically offer very little by way of performance.

As for the upcoming Galaxy S8 Active, this is not the first time Samsung’s next-generation all-weather smartphone has been heard of. The device was spotted on User Agent String earlier this month with the exact same model number, while even earlier rumors seemed to suggest that it will sport some really high-end hardware, much like the company’s current flagships – the Galaxy S8 and Galaxy S8 Plus. It is important to note here that although there’s no word currently on the exact hardware specifications of the upcoming device, rumors seem to suggest that it may carry a 4,000mAh battery and feature a 5.8-inch display panel. Being a tough and rugged device, the Galaxy S8 Active is also expected to be dust and waterproof, so an IP68 certification seems fairly likely. It will also be interesting to see if the device sports a military-grade MIL-STD-810G-certified exterior like its predecessor.

Samsung started releasing tough and rugged all-weather versions of its flagship smartphones exclusively on AT&T in the U.S. from 2013. That was the year the company launched the Galaxy S4 Active, which came with significantly watered-down hardware as compared to the standard Galaxy S4 that was built with the best hardware available in the market back then. Since then, however, Samsung has started incorporating the most powerful hardware in its ‘Active’ devices, just like it does in its regular flagships. That being the case, rumors have suggested that the next-generation Galaxy S Active handset will ship with the Snapdragon 835 chip alongside 4GB of RAM and 64GB of storage. 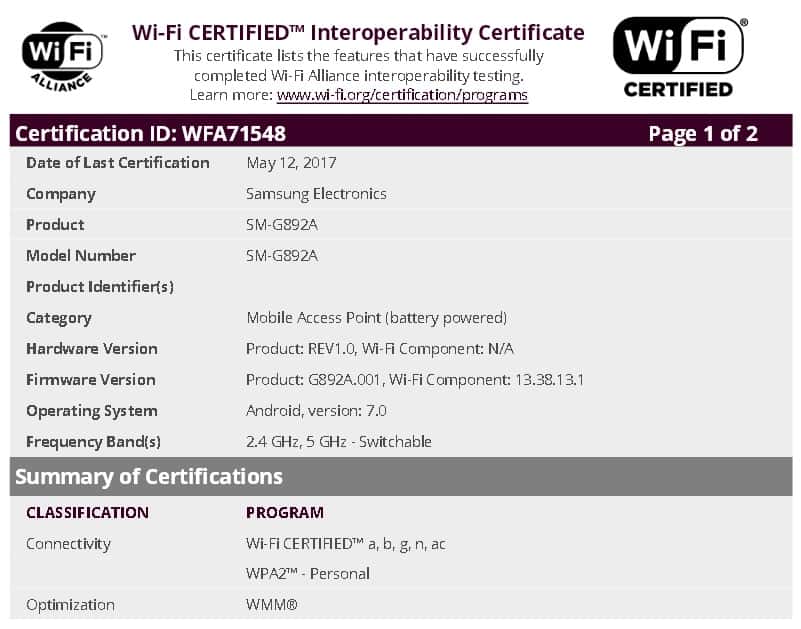