The Samsung Galaxy S7 in the Netherlands is reportedly receiving a new software update including the May Android security patch launched earlier this month by Google. The new software package is being distributed only to the Galaxy S7 sans its Galaxy S7 Edge counterpart, and it’s available for devices bearing the model number SM-G930F, latest reports indicate. However, it’s likely that the Galaxy S7 Edge will follow suit in a timely manner, and the update will expand its reaches into other regions outside of Europe in the near future.

The May 2017 security patch that's hitting compatible Galaxy S7 units in the Netherlands weighs 373MB and is identified by firmware version G930FXXU1DQE7. As per the usual case, it’s recommended to download the software update over a stable Wi-Fi connection and make sure your device has enough battery life to remain powered on throughout the updating process. Around 50 percent of battery life should be enough, though leaving the device to charge during the process is the safest bet. As for what the new software update includes, aside from the obvious security patches dealing with vulnerabilities within the Android platform, the package should also ship with certain stability and performance improvements. As it is currently distributed OTA (over-the-air), users will be notified about its availability with a push notification, though those who are feeling impatient can attempt to trigger a manual download from the phone’s Settings app under the ‘Software update’ menu. 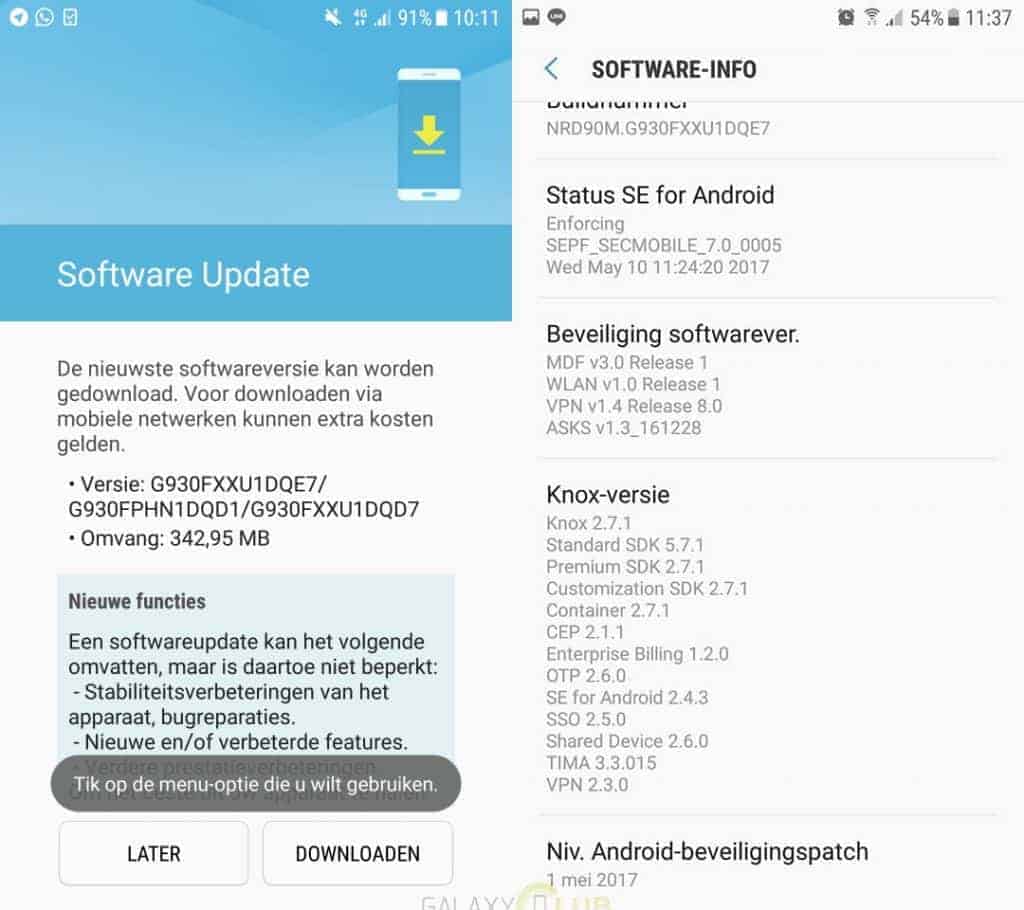