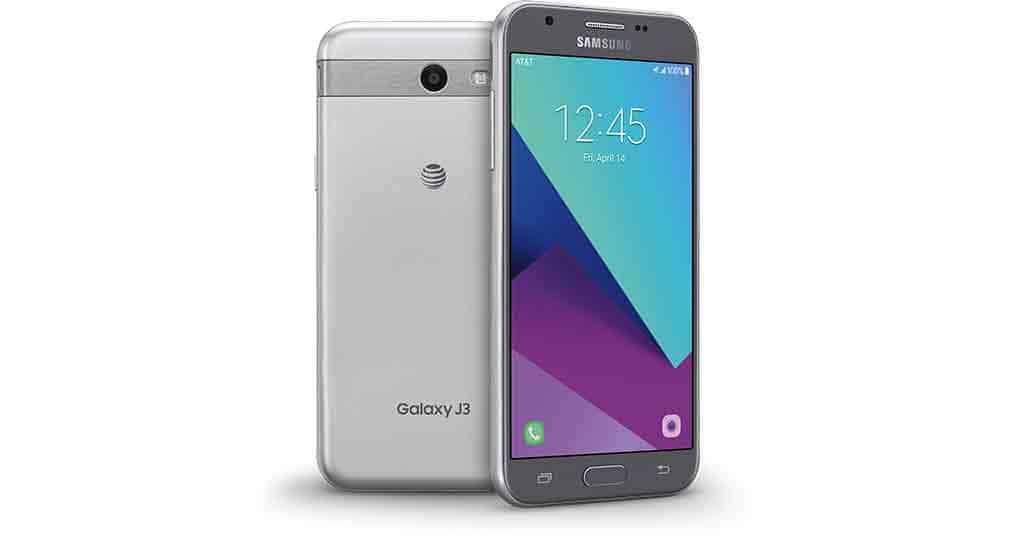 Samsung on Monday officially debuted the Galaxy J3 (2017), the latest addition to its popular entry-level smartphone series. The device hit the market following months of speculation fueled by numerous certificates that it received since early 2017. AT&T is currently the only mobile service provider in the country that's retailing the Galaxy J3 (2017), but given how standards agencies previously certified almost half a dozen variants of Samsung's latest low-end Android phone, the handset will likely be picked up by more wireless carriers in the coming weeks. In the meantime, the Dallas, Texas-based company is retailing the Galaxy J3 (2017) for $179.99 and is also offering the device on a 30-month installment plan that will set you back $6 per month.

Virtually all hardware and software specifications of the Galaxy J3 (2017) are in line with previous reports about the handset; the smartphone ships with a 5-inch display panel that supports resolutions of up to 1,280 by 720 pixels and is powered by the Exynos 7570, Samsung's in-house system-on-chip (SoC) equipped with four cores clocked at 1.4GHz and a graphics chip based on the Mali-T720 microarchitecture. The Galaxy J3 (2017) boasts 1.5GB of RAM and 16GB of internal storage space that can be expanded by up to 256GB via a microSD card slot that's integrated into the device. In addition to a single-lens 5-megapixel rear camera setup, the handset also sports a 2-megapixel front camera and is powered by a 2,600mAh battery. As expected, the Galaxy J3 (2017) ships with Android 7.0 Nougat running out of the box and is enhanced with Samsung's proprietary mobile software suite, but given how it's an entry-level smartphone, it's unlikely to be a priority for Samsung when it comes to major system upgrades. Regardless, Android security patches should be hitting the Galaxy J3 (2017) on a regular basis.

The release of Samsung's new low-end phone marks the latest step in the company's strategy of offering a broad range of devices in all price segments. While the profit margins of entry-level smartphones can't compare to those of premium models like the Galaxy S8 and Galaxy S8 Plus, Samsung is still keen to keep customers within the Galaxy ecosystem by providing them with a wide variety of options, including affordable handsets like the Galaxy J3 (2017).

Advertisement
Buy the Samsung Galaxy J3 (2017) from AT&T
Advertisement
Trusted By Millions
Independent, Expert Android News You Can Trust, Since 2010
Publishing More Android Than Anyone Else
32
Today
32
This Week
140
This Month
4125
This Year
105602
All Time
Advertisement