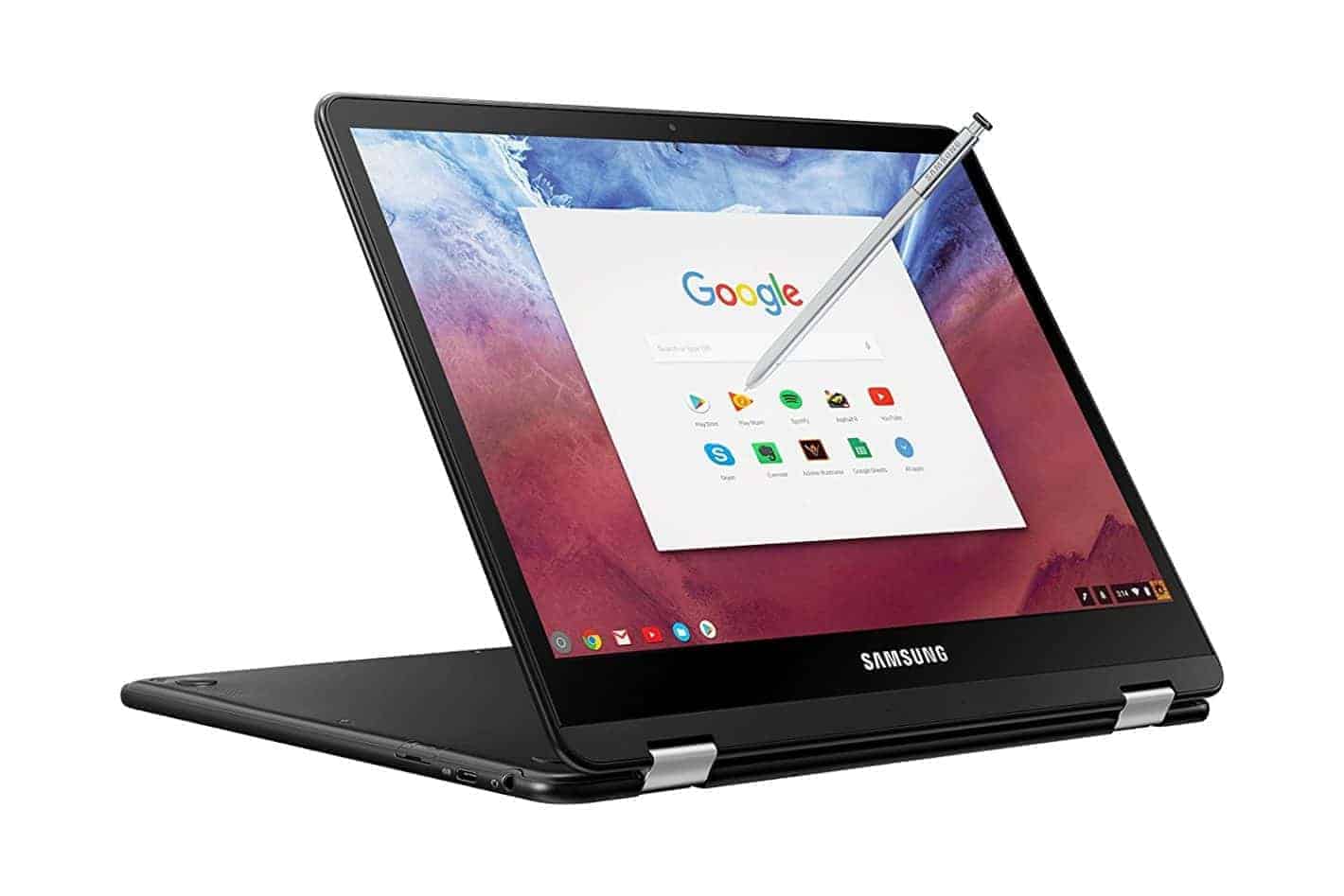 The Chromebook Pro is indeed a convertible, since it does have a touchscreen, you can use it in tent mode, or as a tablet if you wish to do so. With it having a somewhat different, 3:2 aspect ratio, it makes it easier to browse the web. Samsung has also included a stylus, which makes it easier to take notes, draw in different apps and even navigate through the US. There's a silo on the right-hand side where the stylus will live when it's not in use. The Chromebook Pro does have Android app support, but it is still in beta. It's been a bit of a rocky start for Android apps on Chrome OS, and it still isn't as stable as most people would like, but it is available. You'll just need to switch your Chrome OS channel to "beta" and you'll have Google Play Store access.