That being said, Samsung had already confirmed that the refurbished Galaxy Note 7 units are coming to South Korea, but do keep in mind that they will not reach the US, just in case you were planning on getting one. Samsung actually confirmed this piece of info about two months ago, so it’s official and everything. It seems like, however, that the phone will be available in other, non-Korean markets, so depending on where you live, you might even get a chance to grab one of those units. Do keep in mind that the refurbished Galaxy Note 7 models are coming with a smaller battery pack than the original Galaxy Note 7. The original Galaxy Note 7 sported a 3,500mAh battery on the inside, while the refurbished model comes with a 3,200mAh battery pack. Other than that, the two smartphones are pretty much the same.

Now, the story of Galaxy Note 7’s failure is well-known, and chances are you’re quite familiar with it. Samsung actually released the Galaxy Note 7 twice, and the company also recalled the phone twice as well. The Galaxy Note 7 units started exploding all over the world due to their battery packs, and that actually caused Samsung to lose quite a bit of cash last year. The company is now back for the third attempt, and it seems like all the necessary measures have been taken this time around in order to make the Galaxy Note 7 units safe enough, they even come with smaller batteries. We still do not know how much will the refurbished Galaxy Note 7 cost in South Korea, but chances are we’ll find out soon. The Galaxy Note 7 sports a 5.7-inch QHD Super AMOLED display, 4GB of RAM and 64GB of expandable storage. The device sports a 12-megapixel snapper on its back, and it is fueled by the Exynos 8890 64-bit octa-core SoC. Click here if you’d like to know more about the device. 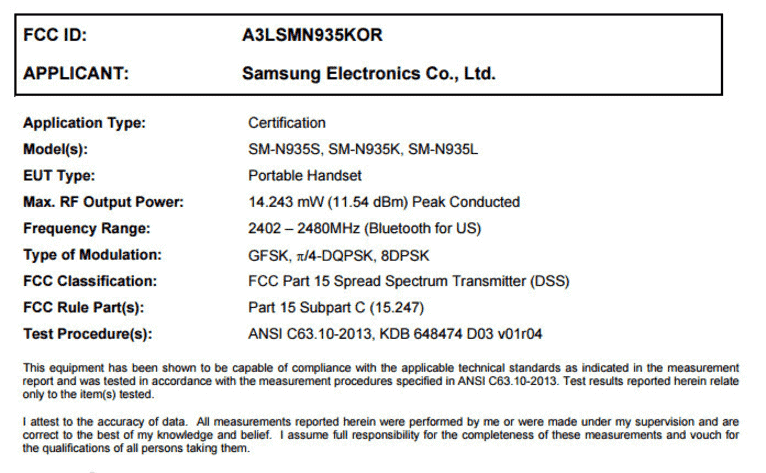