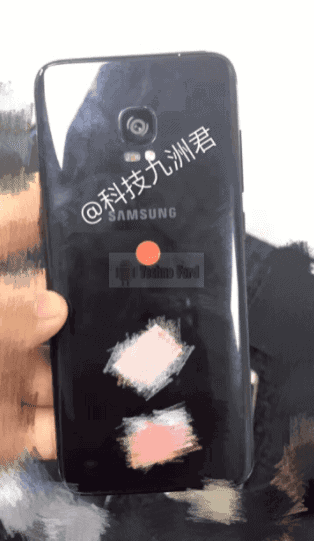 Now obviously, we don’t know if this is indeed the Galaxy Note 8, or perhaps another smartphone from Samsung. But since it does resemble the Galaxy S8 quite a bit, it’s hard to think of it being another device. It’s also possible that this is a prototype and not a final version of the device. Since we are still a few months out, it’s likely that the company hasn’t decided on the final model just yet either. The Galaxy Note, in recent years hasn’t been a huge upgrade over the Galaxy S smartphones, other than adding the S Pen and a slew of features for the stylus. So it’s quite possible that the Galaxy Note 8 will be very similar to the Galaxy S8, which isn’t a bad thing. Considering the amount of good press and reviews the Galaxy S8 has been receiving.

The Galaxy Note 8 is expected to be announced at an Unpacked event in August, and it should be available ahead of IFA which is the first week of September. In recent years, Samsung has pushed the Galaxy Note launch up a bit, so it can beat the iPhone to store shelves. Hopefully this year they don’t rush as much, seeing as the Galaxy Note 7 is no longer being sold.