An HMD Global-made device that may be the upcoming Nokia flagship appeared in the database of popular mobile benchmarking tool Geekbench earlier today. As expected, the listing doesn’t reveal whether the smartphone will be called the Nokia 8, Nokia 9, or something else entirely, though it does suggest that its model number is TA-1004 and clearly discloses that the handset was made by Nokia’s parent company.

According to the listing, the tested device is equipped with a Qualcomm-made 64-bit system-on-chip (SoC) equipped with eight cores clocked at a maximum frequency of 1.9GHz, indicating that the silicon in question is the Snapdragon 835, the first 10nm chipset produced by the San Diego-based semiconductor maker that’s expected to power the majority of high-end Android smartphones released this year and has already debuted in the Galaxy S8 series and a number of other devices. Another detail suggesting that the Nokia flagship will ship with the Snapdragon 835 is the MSM8998 motherboard of the tested device that’s associated with Qualcomm’s latest high-end piece of silicon. The Geekbench listing also reveals that the handset boasts 4GB of RAM and was running Android 7.1.1 Nougat at the time of its testing. According to some of Nokia’s previous comments on mobile software that were made at Mobile World Congress (MWC) earlier this year, the Nougat build running on the newly benchmarked device is likely close to stock Android. This notion is further corroborated by the fact that the leaked handset is seemingly unencumbered by heavy Android skins and has achieved impressive Geekbench scores, boasting 2,255 points in a single-core test and 7,770 points in a multi-core one.

Nokia’s post-Microsoft era started with a number of entry-level and mid-range offerings in the form of the Nokia 3, Nokia 5, and the Nokia 6, as well as a refresh of its popular 2000 feature phone – the Nokia 3310. While the Finnish smartphone company suggested it’s interested in making high-end devices, it’s seemingly looking to reestablish itself on the market with more affordable products before launching a premium handset. While none of the new Nokia-branded devices have yet been released in the United States, the firm’s upcoming Android flagship will likely ship stateside, according to previous reports. 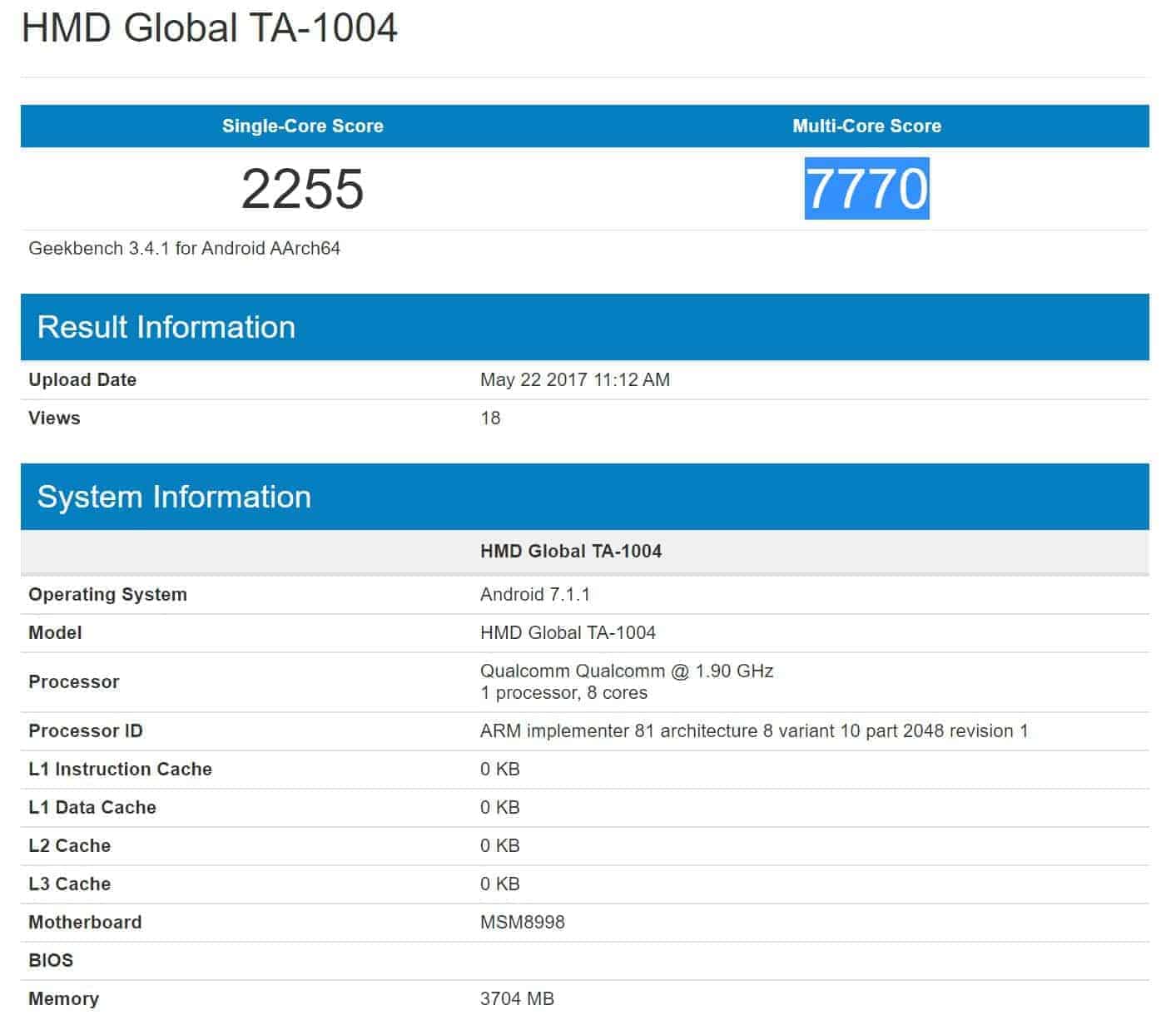