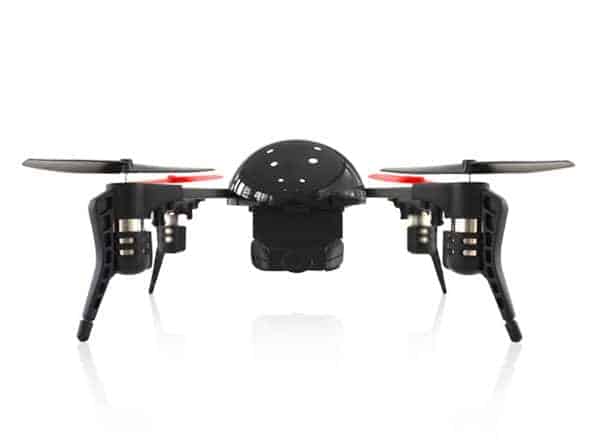 As you can probably tell by the name, the Micro Drone 3.0 is a pretty small drone. It's designed for first person viewing flight and it has some incredible looking 720p video. It also has a self-stabilizing CPU which allows you to get some stable video from such a small drone. It can reach speeds up to 45 miles per hour, and it's also able to fly in basically any direction, including upside down. It can do flips in the air as well. The Micro Drone 3.0 is perfect for those beginners out there that want to learn how to fly a drone. It's also good for the expert pilots out there. The Micro Drone 3.0 is small enough to fit into basically any small area. There is an included handset that can be used to control this drone, but you can also opt to use your smartphone. The Micro Drone 3.0 does support live streaming, and you can pop on a VR headset and watch the footage in real time like you are actually flying. That's a pretty cool feature that most other drones don't have.

Buy the Micro Drone 3.0 Combo Pack
Advertisement
Trusted By Millions
Independent, Expert Android News You Can Trust, Since 2010
Publishing More Android Than Anyone Else
31
Today
31
This Week
32
This Month
4797
This Year
106274
All Time
Advertisement