Do we have a good one for you today – The new Samsung Galaxy S8 takes on the powerful Huawei P10. The Galaxy S8 with its Infinity Display and all-glass backing takes on the iPhone-like, all-metal Huawei P10. With all of its hi-tech specifications and sexy design, does the new Galaxy S8 have what it takes to outclass the P10 with its powerful processor and dual Leica cameras? Samsung completely revised its Galaxy S series while Huawei did a makeover job with the P10, although they did move the fingerprint sensor to the front of the device. When it comes to their design and specifications, just how do these two smartphones stand up to one another. Let’s look at just what these two devices have in common, if anything, and then we will take a closer look at each one in hopes that we can determine a winner of this comparison.

The Samsung Galaxy S8 and the Huawei P10 have a few things in common. The displays on the two devices are 0.7-inches different in size, but the larger displayed S8 is almost identical in physical size to the P10 and only 10 grams heavier. The displays use a different technology, different resolutions, but the same Gorilla Glass 5 for protection. Although both devices use different processors and GPUs, they are comparable. They pack the same amount 4GB of DDR4 RAM and offer the same amount of in-device storage at 64GB (32GB is standard in the P10) with the means to expand their memory via a microSD card. The primary camera areas could not be more different – the Galaxy S8 uses a single 12MP Dual-Pixel camera, and the Huawei P10 uses one 20MP sensor and one 12MP sensor – but both take great pictures. The Galaxy S8 and the P10 both use an 8MP sensor for their front-facing cameras (FFC). Both have a fingerprint sensor for unlocking the device as well as NFC for authorizing mobile payments, including Android Pay. They both have non-removable batteries with rapid charge capabilities, but the Galaxy S8 adds wireless charging. Both have Hi-Res audio for listening through earbuds and both have single speakers. They come with the usual suspects – WiFi, Bluetooth (v5.0 on the S8 and v4.2 on the P10), GPS, NFC, and the newer reversible Type-C port for charging and data transfer. 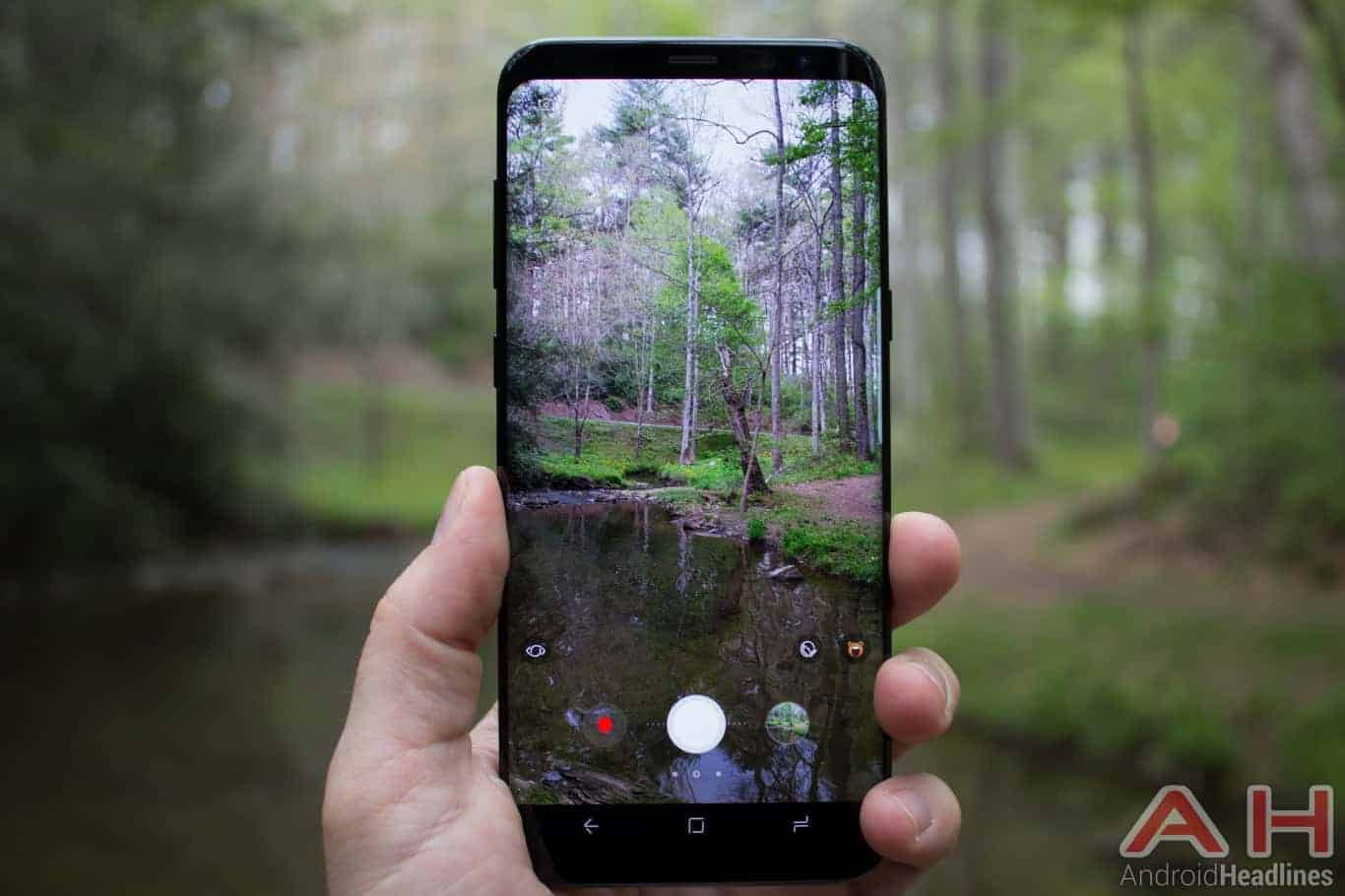 Samsung took last year’s Galaxy S7 and tossed it out when they created the new Galaxy S8. Gone is the flat display found on the Galaxy S7 and gone is the Edge model – the Galaxy S8 and S8 Plus come with their new Infinity Display – a dual curved display with no left or right bezels that seamlessly melt into the sides of the device. Samsung almost did away with the top and bottom bezels and dropped their physical ‘Home’ button, as they did with the ‘Back’ and ‘App’ keys. They are all located on the lower part of the display that has 3D Touch capabilities. Samsung moved the fingerprint sensor to the back near the camera lens, and to avoid using the fingerprint sensor, Samsung added a couple of easier ways to unlock the device by way of facial recognition or an iris scanner. The physical appearance of the Galaxy S8 may be enough to win you over, but did Samsung upgrade the specifications enough, and just how does it stack up to the Huawei P10.

The Galaxy S8 jumps the display from a small 5.1-inches to a much larger 5.8-inch Infinity Display. The display keeps the Super AMOLED technology but Samsung gives it a new 18.5:9 aspect ratio that makes it taller and slightly narrower. It has a QHD+ display resolution of 2960 x 1440 pixels with 570 pixels-per-inch (PPI). This new display takes up 83.6-percent of the front of the phone, goes edge-to-edge, right-to-left, with very small bezels on the top and bottom. Samsung wisely continues to use the ‘always-on’ display to help save battery life but also making it easier and quicker to check notifications. Samsung uses the newest Corning Gorilla Glass 5 to protect the front and back of the device. The Galaxy S8 uses the new 10nm technology found in the newest Qualcomm Snapdragon 835 octa-core processor and Samsung’s excellent Exynos 8895 octa-core. The SD 835 is clocked at 2.35GHz with an Adreno 540 GPU rounding out the model coming to the US. The other countries will use the Exynos 8895 with four cores clocked at 1.7GHz and four cores clocked at 2.3GHz and a Mali-G71 MP20 for graphics. The Galaxy S8 packs 4GB of DDR4 RAM and has 64GB of the faster UFS 2.1 expandable memory via a microSD card.

Samsung decided use the great camera from the Galaxy S7 series and concentrate on making advancements to their imaging software, and so far, the picture quality looks excellent. The Galaxy S8 uses with a Dual Pixel 12MP sensor with a large aperture of f/1.7, a 26mm lens, PDAF, LED flash, auto HDR and OIS. Samsung did make some improvements to the FFC by enlarging it from a 5MP to an 8MP sensor and gave it its own autofocus. It still is a wide-angle lens, the same f/1.7 aperture, and Live HDR. Samsung also kept the same sized non-removable 3000mAh battery that features Quick Charge and still offers Quick Wireless Charging.

Samsung’s Galaxy S series devices always crammed in as many features as it can – and some you may never choose to use. It continues to be IP68 certified against dust and water resistance, keeps its heart rate monitor, oxygen saturation sensor, and for those that exercise and the new Samsung Health replaces Samsung’s S-Health. The Galaxy S8 comes with a new Samsung Connect feature that will hook up with Samsung’s products so you have complete control of appliances, thermostats, and more. Samsung introduces its own personal assistant called Bixby. You can either ask Bixby simple questions or get the camera involved by pointing it at a historical building to receive some facts regarding the structure or if you aim the camera at a sign written in a foreign language, Bixby will translate it for you. Samsung added a DeX Station that will interface the Galaxy S8 with a monitor, keyboard, and mouse to give you a near desktop experience. You can use Android Pay as well as Samsung Pay, which allows Galaxy S8 users more freedom to make mobile purchases. The Galaxy S8 will arrive with Android Nougat 7.0, followed by a quick upgrade to 7.1. It measures 148.9 x 68.1 x 8.0 mm, weighs in at 155 grams, is available in Midnight Black, Orchid Gray, Arctic Silver, Coral Blue, and Maple Gold depending where you are located. The Galaxy S8 will cost about $720 outright and is now available for purchase at major retailers. 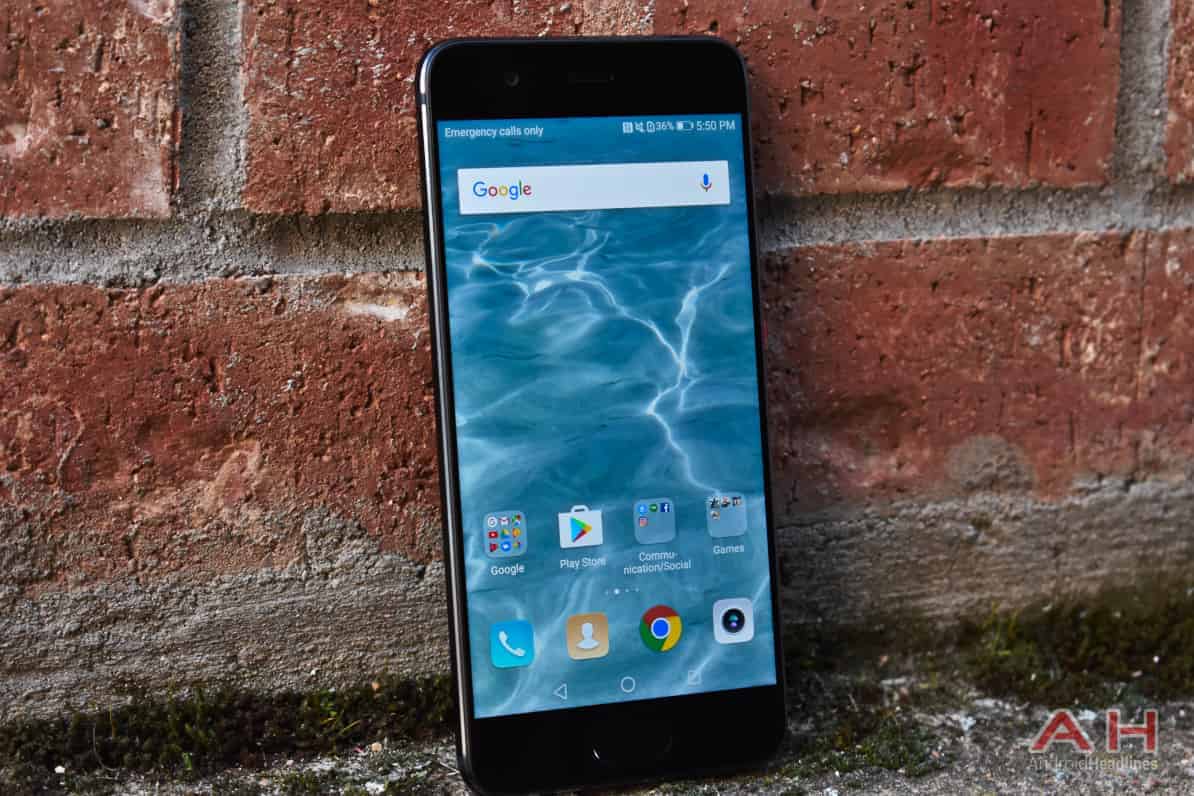 Huawei’s smaller flagship, the P series, continues to use a Full HD resolution on their 5.1-inch device. Huawei believes that using QHD is an unnecessary waste of battery life, and they may be true when it comes to this smaller displayed Huawei P10. It has an excellent all-metal build and its slightly curved edges make it comfortable to hold for long periods. Two of the colors use a diamond back cut that gives it a little better grip. Like other Huawei devices, the P10 is a GSM device so it will work on AT&T and T-Mobile. Let’s see just how it stacks up to the Samsung Galaxy S8.

The Huawei P10 sports a smaller-sized 5.1-inch IPS LCD FHD display with a resolution of 1920 x 1080 pixels and a respectable 432 PPI. Our review of the P10 gives it high praise for the display. For the processor, they chose their powerful 64-bit Hisilicon Kirin 960 octa-core model with four cores running at 1.8GHz and four cores running at 2.4GHz. For any graphics thrown its way, Huawei included their accomplished Mali-G71 MP8 GPU. The P10 packs 4GB of DDR4 RAM and 32GB of expandable internal memory via a microSD card. There is also a variation of the P10 with 64GB of base memory.

Huawei likes to include a good camera on their smartphones and they did a great job on the P10 by carrying over the Mate 9’s dual lenses from the infamous Leica brand. There is a 20MP sensor for colored photos and a 12MP sensor that shoots strictly monochrome (B&W) photos. They added OIS, 2X zoom, both Phase Detection Autofocus (PDAF) and laser autofocus, and a dual-tone LED flash. Black and white photos is an art unto itself and the P10’s secondary lens and software can help turn out some great pictures. The P10 uses an 8MP sensor on its FFC with a large f/1.9 aperture and 26mm wide-angle lens for great selfies and video chatting. The P10 packs a 3200mAh non-removable battery along with rapid charge.

Huawei is concerned about saving battery life so even with a display as small as 5.1-inches you will not find a QHD resolution. They claim the 3200mAh battery will last you a full day and when you need a charge, their rapid charge system will get you up and running in no time. Huawei does included Hi-Res audio to enhance its sound through earphones. On the P10, Huawei moved the rear-facing fingerprint sensor on the P9 around to the front to unlock the device or authorize mobile payments, including Android Pay. The Mate 9 is running Android 7.0 Nougat out of the box. The P10 measures 145.3 x 69.3 x 7 mm, weighs in at 145 grams and comes in Mystic Silver, Rose Gold, Graphite Black, Dazzling Gold, Dazzling Blue, and Greenery. Its pricing is rather expensive coming in about $740. 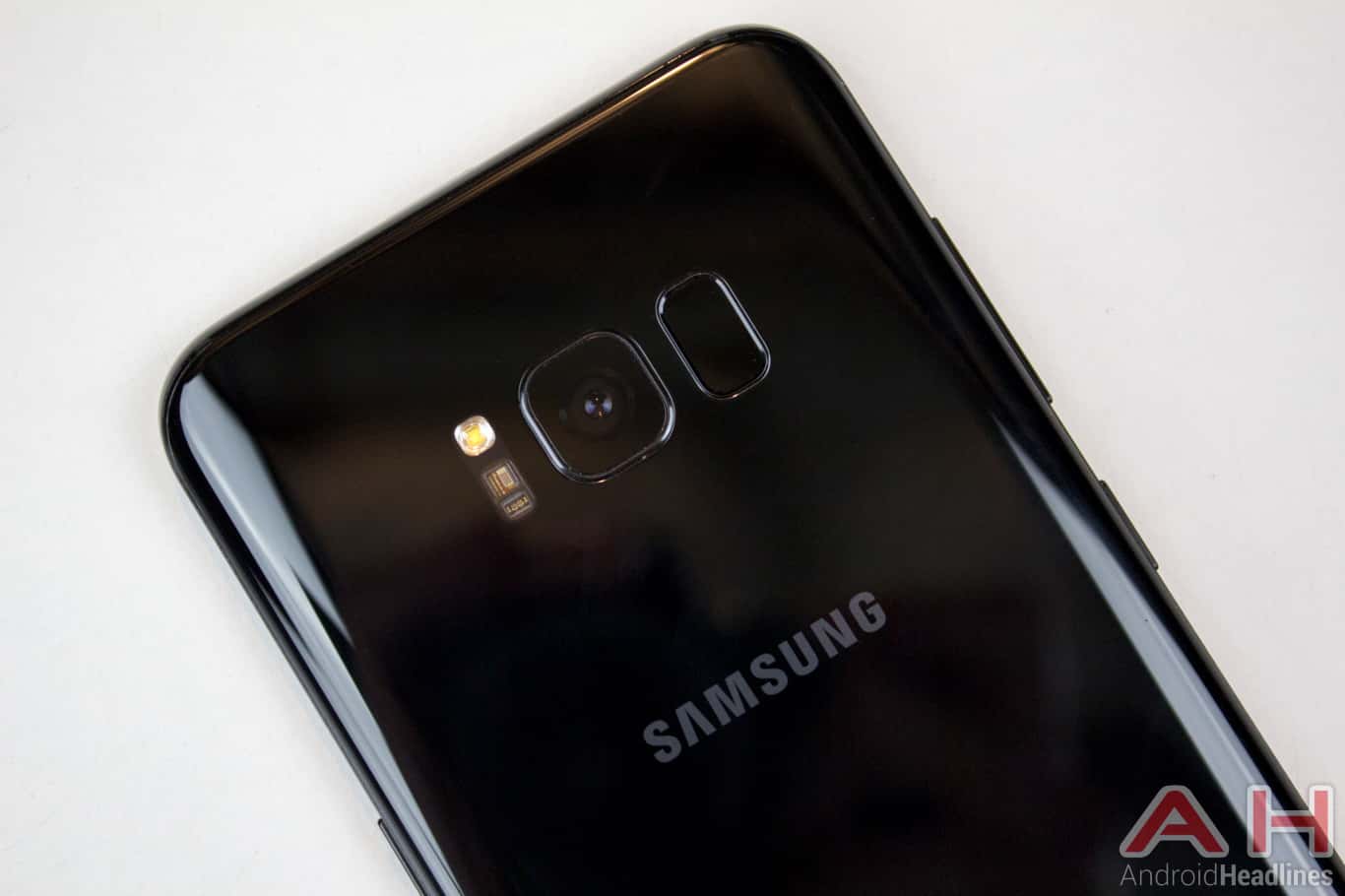 The Galaxy S8 has a much better Infinity Display that is not only larger, but also QHD and Super AMOLED. It also comes with IP68 certification, Facial Recognition, Iris Scanning, Heart rate monitor, oxygen saturation sensor, and Samsung Health. The Galaxy S8 can handle Samsung Pay mobile purchases as well as Android Pay. It has its own personal assistant, Bixby built-in, and the ability to use Samsung DeX to turn your Galaxy S8 into a tablet/desktop. It also has built-in wireless charging and Samsung Connect and it does this for about $20 less than the cost of the P10. If you want to talk looks, the Samsung Galaxy S8 is in a class all off its own.