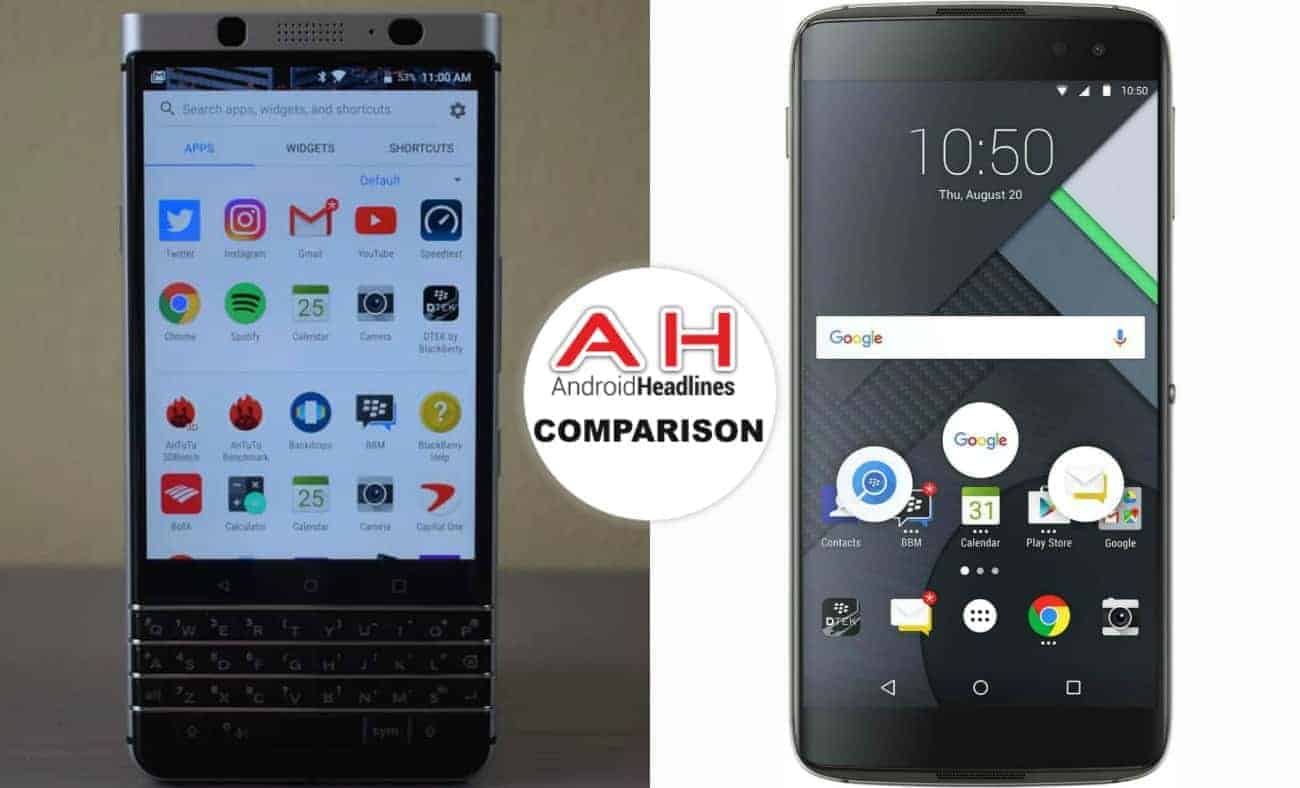 Today, we have two of BlackBerry’s latest Android smartphones going up against one another. On the one hand, there’s the BlackBerry KEYone – the latest smartphone from the Canadian tech company. On the other, there’s the BlackBerry DTEK60, a premium flagship that was announced late last year. Sure, there are some obvious differences between the two devices in terms of their hardware specifications, but the most important difference is obviously the presence of a good old physical QWERTY keypad on the newer device which certainly gives it some novelty factor.

However, in spite of their obvious differences, the similar pricing of the KEYone and the DTEK60 warrants a comprehensive side-by-side comparison of the two, especially, if you’re looking to tread off the beaten path and grab a brand new BlackBerry to replace your aging smartphone. While unlocked versions of the DTEK60 can be bought off Amazon or Best Buy for just under $500, the KEYone is all set to be launched in the U.S. starting at $549. So is the newer, but theoretically less-powerful device worth the slight premium? There’s only one way to find out.

Before we take a more in-depth look at the two smartphones, let’s get one thing straight right away. BlackBerry no longer designs or develops its own smartphones. The Canadian firm outsourced those duties to Chinese tech company TCL, which also markets handsets under the ‘Alcatel’ brand under license from the French telecom major. So the hardware on both the DTEK60 and the KEYone are actually from TCL, while BlackBerry still has a say in the software on these devices, especially when it comes to security. 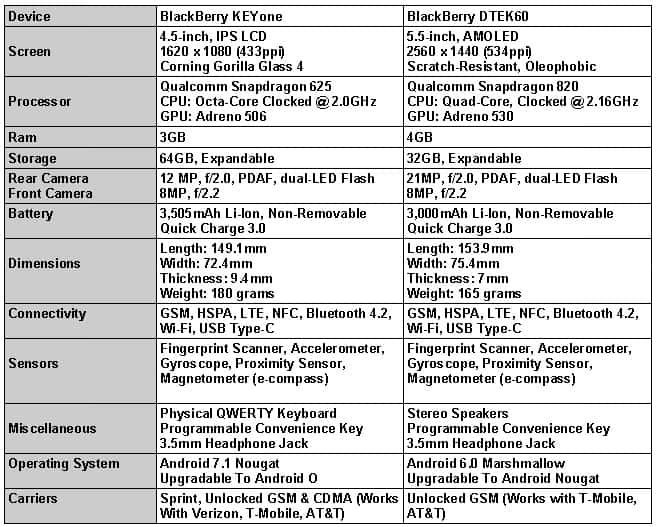 The BlackBerry KEYone comes with a screen that’s significantly smaller than most smartphone displays in an era when even mainstream handsets come with panels that are often above the 6-inch mark. (Here’s looking at you, Galaxy S8 Plus). The device sports a 4.5-inch IPS LCD display to help accommodate the main attraction of the device – the physical QWERTY keypad. The inclusion of the physical keypad means that the dimensions of the screen are a bit odd, and it has a rather unusual display resolution of 1620 x 1080 pixels. The device is powered by the Snapdragon 625 SoC, which comes with an octa-core Cortex-A53 CPU clocked at 2.0GHz, and an Adreno 506 GPU clocked at 650MHz. The KEYone uses 3GB of DDR4 RAM and 32GB of built-in memory that is expandable via a microSD card of up to 256GB in capacity.

One interesting thing about the phone is that it uses the exact same 12-megapixel sensor that can be found on the Google Pixel and Pixel XL. It has an f/2.0 aperture, phase detection auto-focus (PDAF) and a dual-tone LED flash that should make for some really nice photographs. The front-facing camera comes with an 8-megapixel sensor with a somewhat smaller f/2.2 aperture. The battery on the device is a non-removable 3,505mAh Li-Ion unit that comes with Qualcomm’s Quick Charge 3.0 for ultra-fast charging. On the software side of things, the device runs an almost pure version of Android 7.1 Nougat out-of-the-box. The device measures 149.1mm in length. 72.4mm in width and 9.4mm in thickness, while weighing in at 180 grams.

How can any discussion on the BlackBerry KEYone be complete without deliberating on probably the most important part of the package – the physical QWERTY keypad. You’ll either love it or hate it, but there’s no denying that it will very much be the talking point in a day and age when smartphone vendors have overwhelmingly moved away from physical keyboards to concentrate entirely on the full-touchscreen form-factor. While some will still view the keypad as the symbol of a true BlackBerry smartphone, others will summarily dismiss it as a relic of the past that has outlived its utility. Either way, for those interested in the retro feature, there’s a ‘Convenience Key’ on the right that is programmable for a number of tasks. There’s also a standard fingerprint scanner incorporated into the space bar of the keypad.

The BlackBerry KEYone is certainly an interesting proposition from the Canadian brand that was once synonymous with high-end smartphones and, owned a large portion of the global smartphone market. While the physical keypad may take some BlackBerry aficionados back to those glory days of the old, it will be interesting to see if it will help the company make a comeback and regain some of its long-lost market share in an era when the game has well and truly moved on, and so have most of its users – to iPhones and Galaxys. 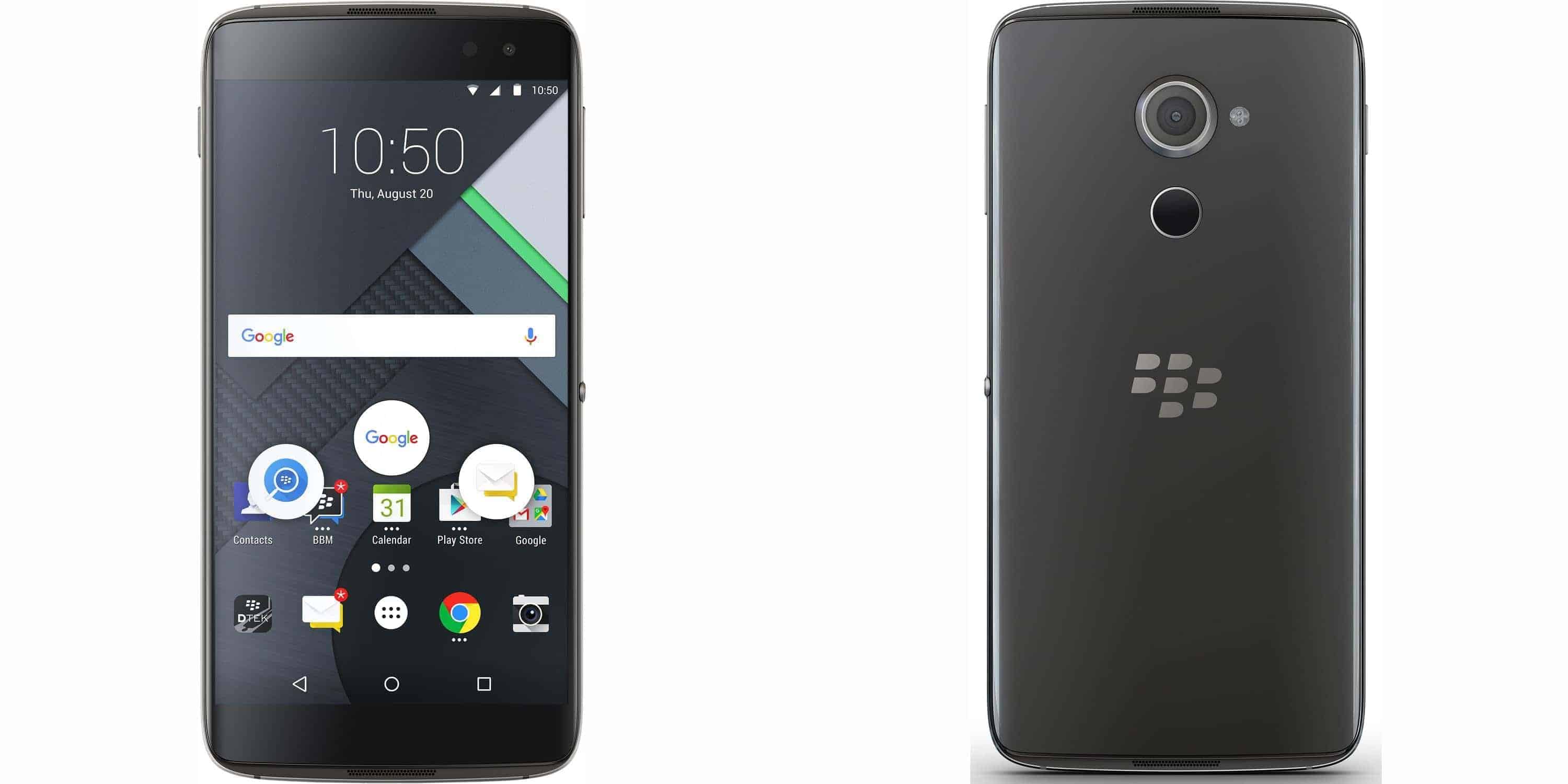 This is the device BlackBerry’s COO Marty Beard compared to the Google Pixel XL and the iPhone 7 Plus during a webcast last year. The phone, thankfully, is quite a bit cheaper than both those devices, but comes with premium hardware from top-tier vendors, not to mention BlackBerry’s security-focused software, making it a true contender at the premium-end of the smartphone market. In theory at least, the BlackBerry DTEK60 can give any flagship smartphone a run for its money. The device features a 5.5-inch AMOLED capacitive touchscreen with a WQHD (2560 x 1440) display resolution, giving it a pixel density of 534dpi. The display doesn’t have Corning’s Gorilla Glass protection, but does come with scratch-resistant glass and has an oleophobic (oil-resistant) coating, which should keep it clean and smudge-free.

Under the hood, the DTEK60 is powered by the Qualcomm Snapdragon 820 SoC which comes with a quad-core Kryo 280 CPU clocked at a maximum of 2.16GHz along with the Adreno 530 GPU clocked at 624MHz. The device comes with 4GB of LPDDR3 RAM and 32GB of internal storage that can be expanded by a microSD card of up to 256GB in capacity. Imaging options on the device include a 21-megapixel rear-facing camera with an f/2.0 aperture, PDAF and a dual-tone LED flash. Software features include geo-tagging, touch focus, face detection, HDR and panorama. The secondary camera is an 8-megapixel unit with an f/2.2 aperture. While the primary camera can record 2160p videos at 30fps, the secondary unit can only do 1080p videos at the same frame-rate.

Finally, the phone comes with an NFC chip and USB Type-C connectivity alongside Bluetooth v4.2, dual-band Wi-Fi 802.11 a/b/g/n/ac, GPS and USB OTG. Sensors include a fingerprint scanner, accelerometer, gyroscope, proximity sensor and magnetometer (e-compass). The device comes with a non-removable 3,000mAh Li-Ion battery with support for Qualcomm’s Quick Charge 3.0, and runs Android 6.0 Marshmallow out-of-the-box. While all of that paints the picture of fairly high-end phone, the device never really set the sales charts on fire, given how it has to compete with some real heavy hitters in its segment. 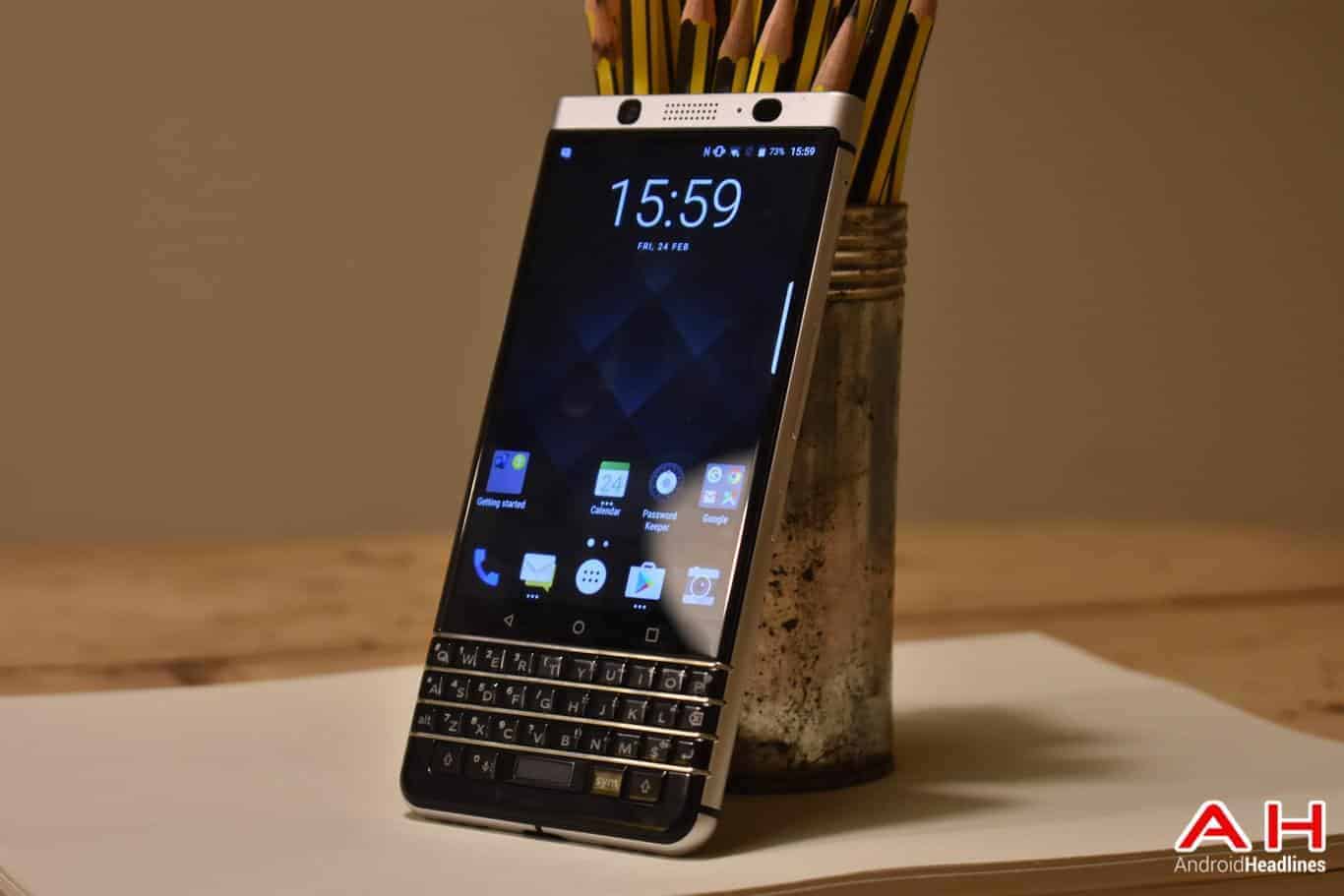 The KEYone wins this one in our view, but as with most comparisons, it’s highly subjective and depends entirely on how you look at it. According to us, the KEYone does one thing, and does it very well – target the traditional BlackBerry patrons who have been voicing their disenchantment with the company ever since it moved away from the one feature they loved more than anything else in a BlackBerry – the QWERTY keypad. Which is exactly what the KEYone is all about. Sure, it will not appeal to a mass audience that has gotten used to the glass-slab form-factor propagated by Apple, Samsung and the others, but BlackBerry will be hoping that long-time BlackBerry users who’ve been demanding physical QWERTY keypads will embrace this one with gusto.

Secure software or not, BlackBerry devices are struggling to compete in a market that’s overwhelmingly dominated by Apple and Samsung at the high-end and Chinese and Taiwanese vendors at the mid-range, so it makes a lot of sense for the venerable Canadian firm to try and see if going back to its roots will help bring some much needed impetus to its smartphone business. Only time will tell if this strategy will succeed, but seeing how the KEYone is all set to go on sale from this week in the U.S., we may not have to wait too long to get an answer.