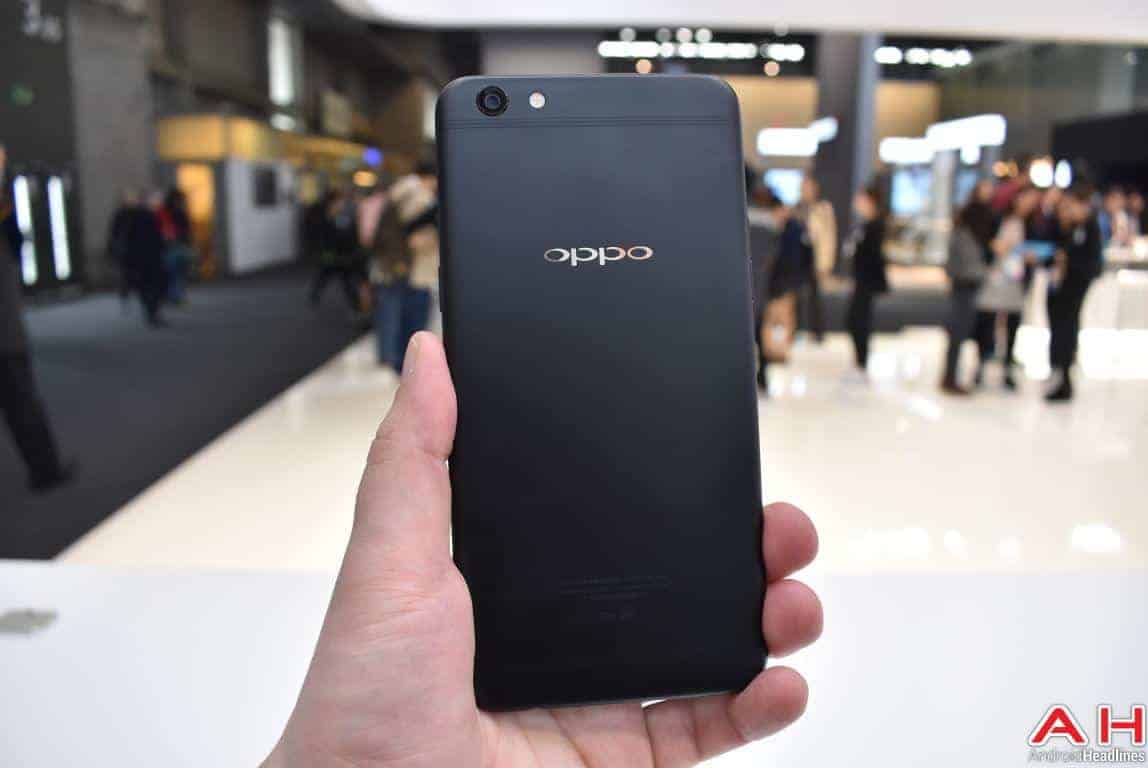 A report from analytical firm Strategy Analytics claims that Oppo shipped more of its Oppo R9s smartphones than Samsung was able to ship any of its own smartphone models in the first quarter of 2017. Oppo’s success in shipping the Oppo R9s is attributed to the very public and dangerous issues with the Galaxy Note 7. Due to the lack of flagship phones to sell in the first quarter of this year, Samsung had to rely on the sales of its mid-range devices to keep the revenue going. However, the second quarter of this year may become a different story, as Samsung is now selling its latest flagship handsets, the Galaxy S8 and Galaxy S8 Plus.

According to Strategy Analytics, the Oppo R9s was the third best-selling smartphone model in the first quarter of 2017, directly behind the Apple iPhone 7 and Apple iPhone 7 Plus. The handset accounted for 2.5 percent of the total smartphone shipments for the quarter, with the Chinese manufacturer shipping 8.9 million units of the said device. The analytics firm attributes the device’s impressive shipment numbers to its popularity in China and its increasing market share in India. The handset has certain features that may appeal to potential buyers in Asian markets, like fingerprint security and dual-SIM connectivity. After its launch in October 2016, Oppo is keeping the interest of consumers by releasing new color variations of the Oppo R9s, with the company releasing a “fresh green” variant in China just last month. 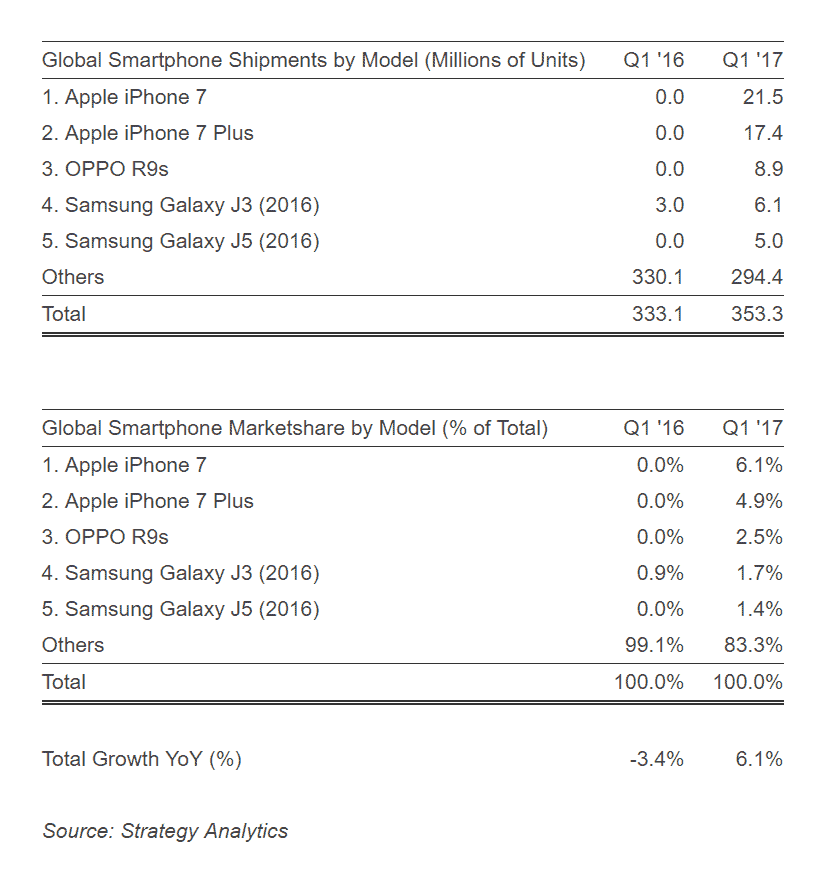