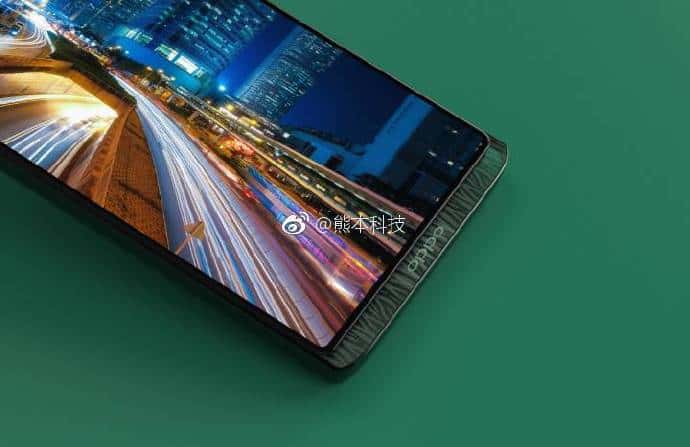 The OPPO Find 9 has been leaking for a long time now, and a new set of renders just appeared. Now, the OPPO Find 7 was announced way back in March 2014, and its successor was expected to land in 2015, but that did not happen. Ever since the beginning of 2015, we've been seeing various OPPO Find 9 leaks, but the phone never actually arrived. Well, a couple of new renders just surfaced, and they're allegedly showing off the upcoming OPPO Find 9 handset, though it is possible these are just concept render, so keep that in mind.

Now, if you take a look at the provided images in the gallery down below, you will notice that this phone has really, really thin bezels. Side bezels are almost non existent, and its bezels above and below the display are really thin. All the physical keys on this phone are placed on the right, and the phone has a rather interesting texture on its front side. Interestingly enough, there's a physical home key placed in the bottom portion of the phone's right side, and it seems like this is a camera shutter, or some sort of a customizable physical key maybe. The company's branding is placed below the display, and the device seems to be made out of metal, well, at least its frame is made out of metal. That is pretty much all the info that this image reveals, but we did see a ton of leaks and rumors thus far, as already mentioned, so we can at least speculate as to what specs can we expect this device to sport.

The OPPO Find 9 is expected to sport a display which is 5.5 inches big, though it is possible OPPO might include an even larger panel here due to its thin bezels, a 5.7-inch or a 5.9-inch display is also a possibility. This display will come with a QHD (2560 x 1440) resolution, and the phone will probably pack in 4GB or 6GB of RAM. Qualcomm's Snapdragon 835 64-bit octa-core SoC is expected to fuel this handset, as this will be OPPO's flagship offering, if the company releases it at all, that is. Android Nougat will probably come pre-installed on the device, and OPPO's custom UI will be placed on top of it. We still don't know when OPPO might announce this handset, but stay tuned, we'll keep you posted.