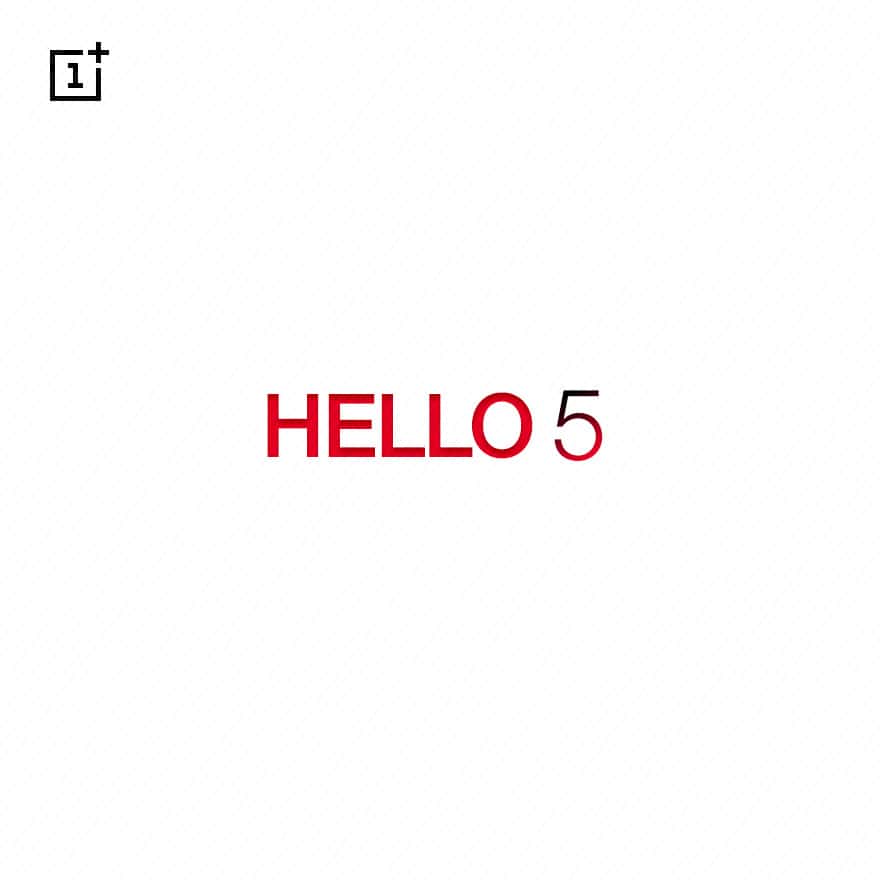 OnePlus had confirmed a couple of days ago that their new flagship, the OnePlus 5, is coming this summer, and this China-based company has just released a new teaser for the device. If you take a look at the provided image, you'll get to see a OnePlus 5 teaser that OnePlus shared via its official Weibo (Chinese social network) profile. This teaser actually came with a "Hey Summer! Give me five!" caption attached to it.

Now, based on various rumors and leaks, the OnePlus 5 will probably sport a dual camera setup, and if rumors are to be believed, we're looking at two 12-megapixel shooters on the back of the device. An 8-megapixel or a 16-megapixel camera will be included on the front side of this smartphone, and Android Nougat will come pre-installed on the device with OnePlus' OxygenOS placed on top of it. Qualcomm's Snapdragon 835 SoC will fuel this smartphone, and a 5.5-inch fullHD or QHD AMOLED display will probably be included as well. The OnePlus 5 will pack in 6GB or 8GB of RAM, and 64GB / 128GB of native storage. The alleged OnePlus 5 sketches actually surfaced on Weibo earlier today, so you can check those out as well if you're interested.